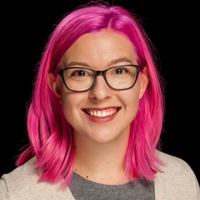 Kayleigh Hughes is a Deputy Editor at Stratfor. She received a bachelor's degree in English Literature from the University of Texas, with a minor in French. For her undergraduate thesis, she studied how Cold War influences shaped Kurt Vonnegut's depiction of faith performances in Cat's Cradle and The Sirens of Titan. Since graduating in 2013, she has worked as an editor at various academic, publishing and news institutions. Concurrently, she has worked as a music critic and film journalist, with a focus on feminism and social justice. She has been published at Vox, Pitchfork, Paste Magazine, Consequence of Sound and the Austin American-Statesman, among others.