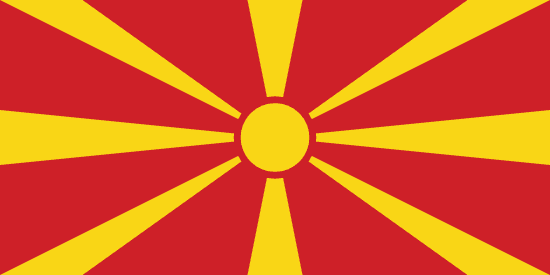 Macedonia is a republic in the Western Balkans surrounded by Serbia, Bulgaria, Greece, Albania and Kosovo. It is a landlocked and mountainous country, whose geography is defined by a central valley formed by the Vardar River. The valley is home to Macedonia's capital, Skopje, and is the most densely populated part of the country. In recent years Macedonia has shifted to a services economy, but agriculture still employs about a fifth of the labor force. The territories that make up the Republic of Macedonia today were conquered by King Philip II of Macedon in the fourth century B.C. One of his sons, Alexander the Great, built one of the greatest empires of the ancient world. But it did not last long, and in the following centuries Macedonia's fate was shaped by its more powerful neighbors. Between the second century B.C. and the early 20th century, the area of modern-day Macedonia was at various times under the control of Rome, Byzantium, Bulgaria, the Ottoman Empire and Serbia. This produced a unique cultural heritage, but also conflicts. While a distinct Macedonian nationalism began to emerge in the 19th century, the area continued to be under the control of bigger powers. After World War II, the Socialist Republic of Macedonia was made part of Yugoslavia. Macedonia gained independence in 1991 and was largely spared the violence that defined the Yugoslav wars. But the young country still faced challenges. In 2001, there was an armed conflict between the Macedonian government and ethnic Albanian insurgents demanding greater political rights. In addition, Greece does not recognize Macedonia's name, arguing that it could lead to claims to Greek territory. Macedonia aspires to join the European Union and NATO, but the name dispute and the demands for institutional, political and economic reforms make the process complex. Macedonia's challenges in the coming years include building a stable country, normalizing relations with its neighbors and preserving the statehood that remained elusive for so many centuries.