Showing 69177 results for sakhalin oil and sorted by 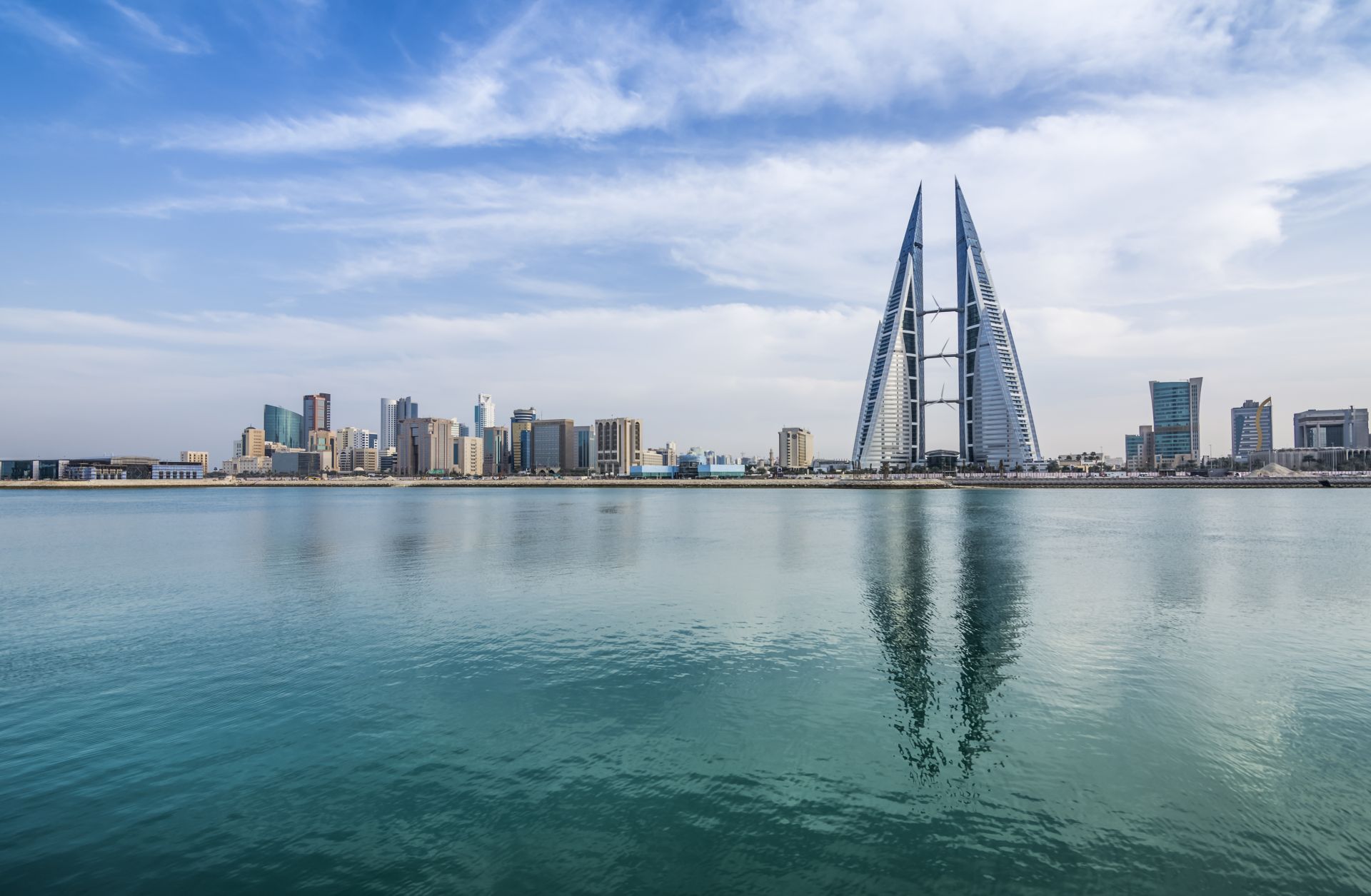 Bahrain
The island of Bahrain is the smallest country in the Persian Gulf, sitting just off the eastern coast of Saudi Arabia and the western coast of Qatar. It has almost no forestry to speak of and very little arable land. The country's only natural resources are a dwindling supply of hydrocarbons. But because Bahrain has an ancient natural oasis, it is also one of the oldest inhabited places in the Gulf; there is evidence that the island was host to the Dilmun civilization as far back as the 4th millennium BCE. Bahrain was often the base of great powers who sought to control the Persian Gulf, including the ancient Assyrians, the Safavid Persians and, most recently, the British Empire. The Safavid Persians left behind a large community of Shiite believers, although the island has been under the rule of a Sunni dynasty since the 18th century. Bahrain's main geographic challenge is securing export routes through the narrow Strait of Hormuz so it can access the wider oceans, but it rarely has the strength to do this on its own. It also often becomes the pawn of greater powers and struggles to defend itself against invaders. The country thus seeks to ally itself with outside powers that will protect it and also allow it to export its hydrocarbons. Most recently, Bahrain also has sought allies that will also protect its Sunni dynasty from its Shiite majority, who have been agitating to gain more control of the country.
READ MORE
Bahrain
AssessmentsJan 29, 2020 | 17:30 GMT 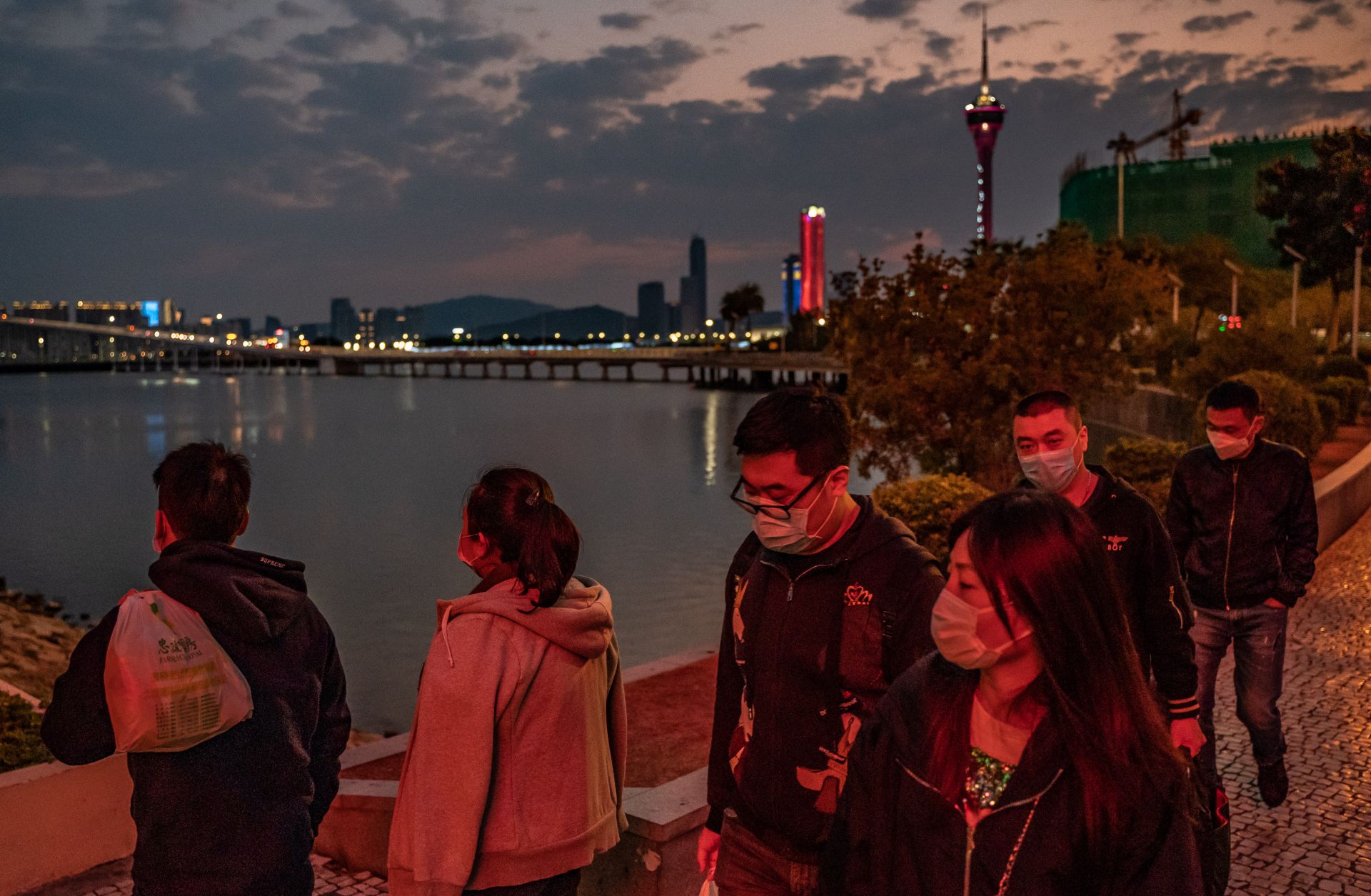 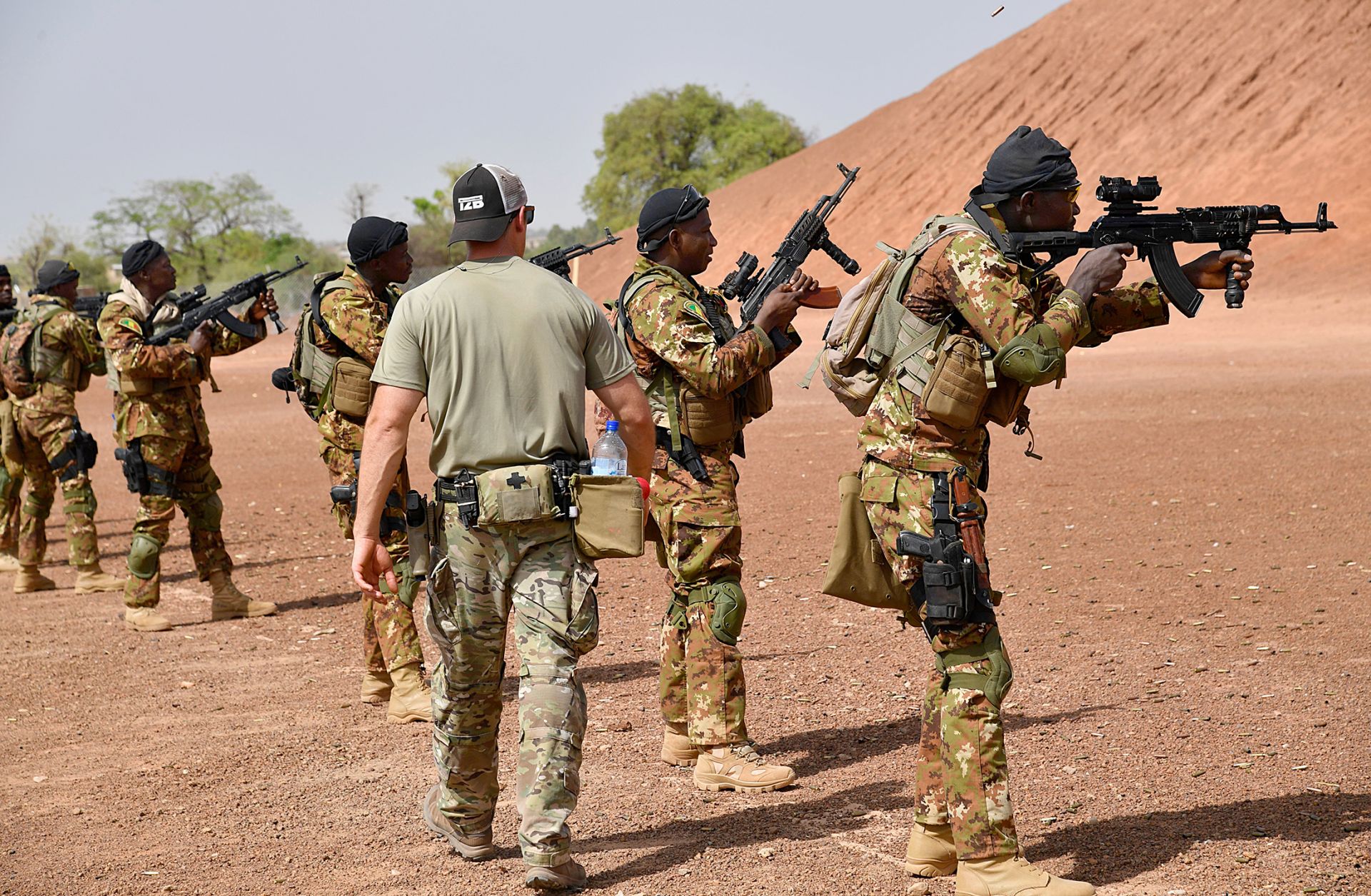 Amid a U.S. Drawdown, France Strives to Hold Its Line in the Sahel
As Washington considers a pullout from West Africa, Paris is contemplating just how difficult it is to hold back militants on the march.
READ MORE
Burkina Faso
Ivory Coast
Mali
United States
France
The Jihadist Wars
The Suitors of Sub-Saharan Africa
GraphicsJan 29, 2020 | 09:30 GMT 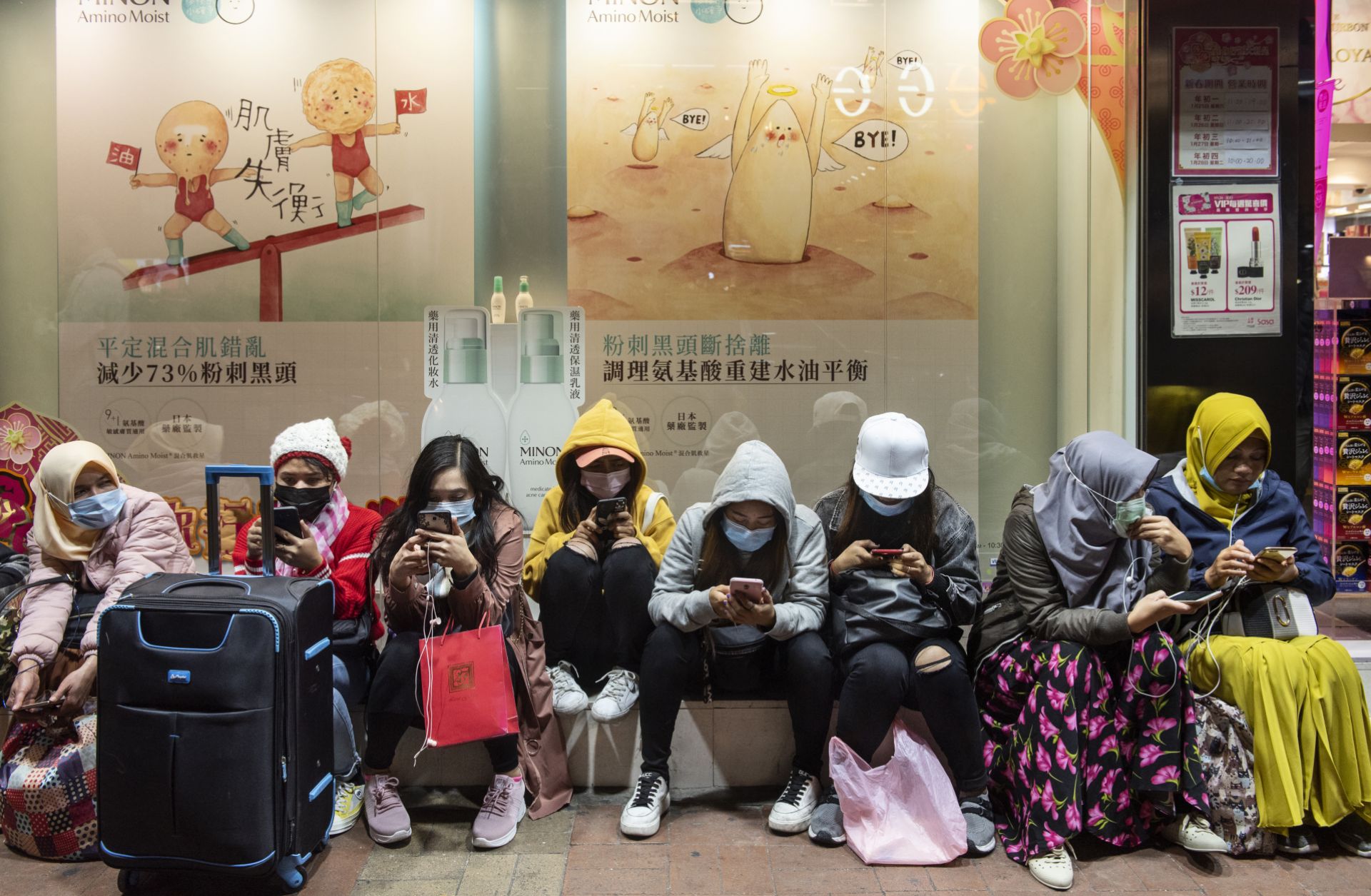 Tracking the Coronavirus Outbreak
As the number of confirmed coronavirus cases continues to grow both in China and around the world, it remains to be seen whether efforts to contain the disease are having an impact.
READ MORE
China
The Geopolitics of Disease
AssessmentsJan 29, 2020 | 09:00 GMT 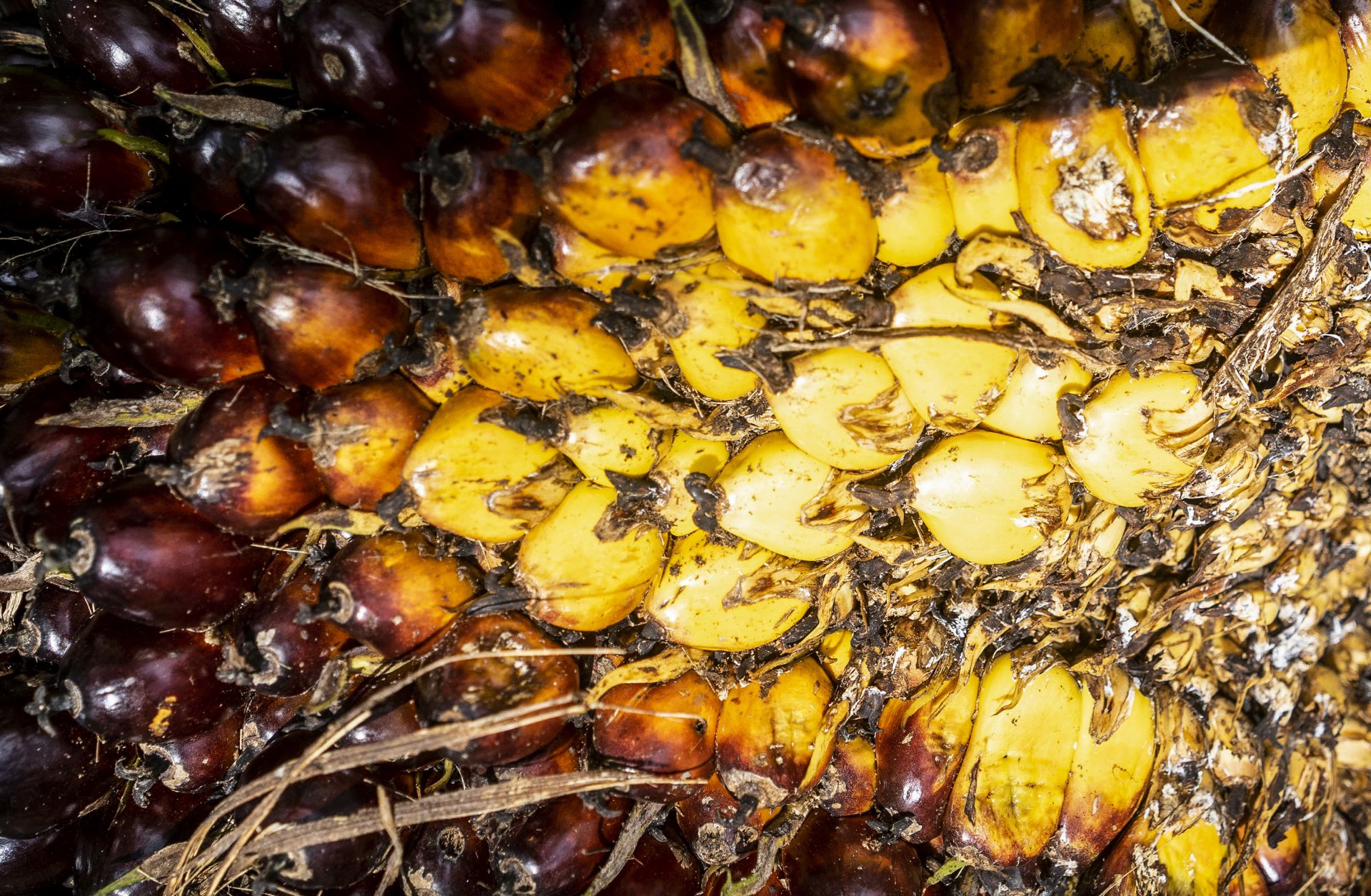 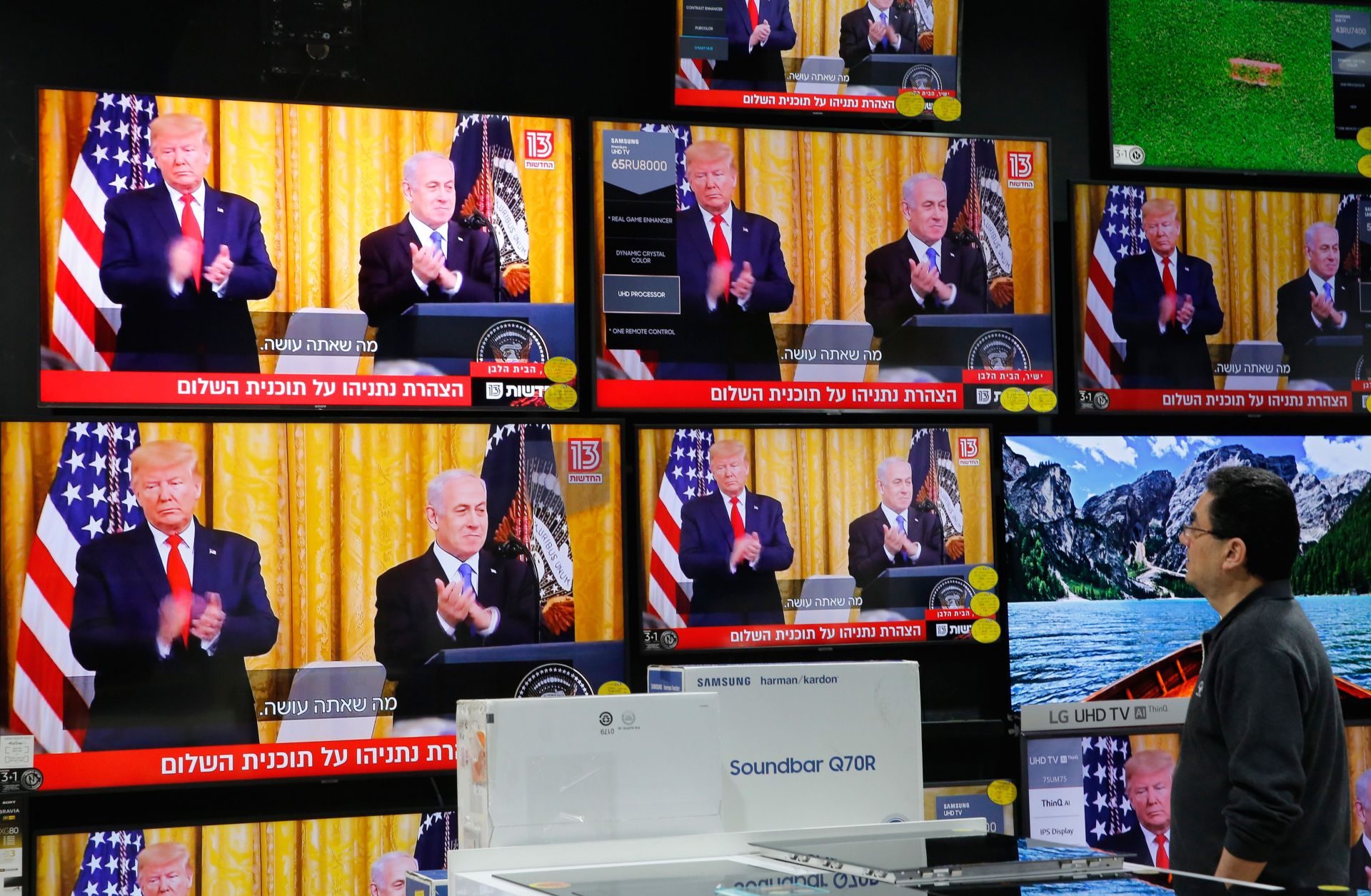 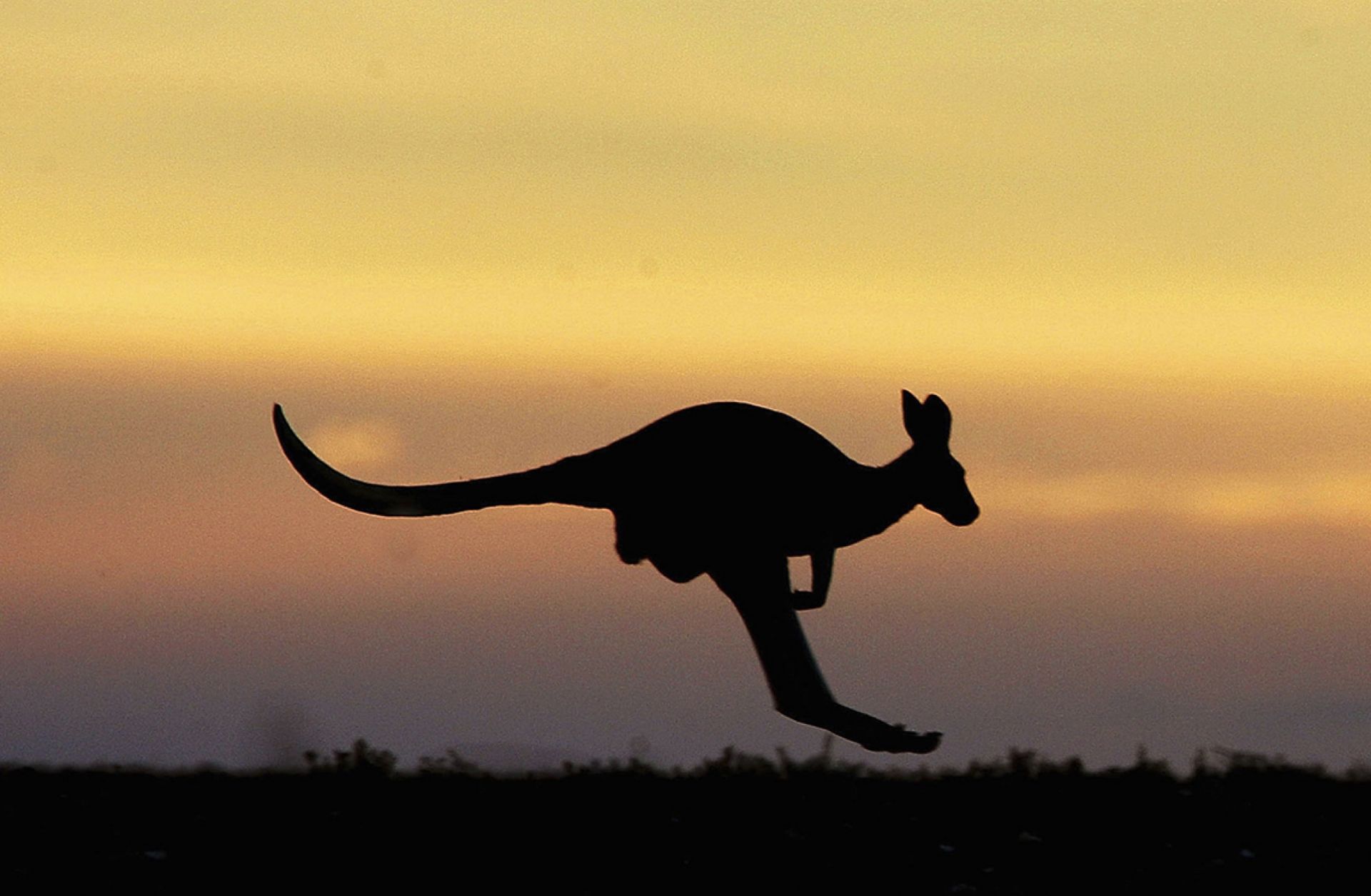 Australia
Australia is an island nation straddling the Indian Ocean basin and the South Pacific. Once a colony of the United Kingdom, the country began a move toward independence in 1901. Today, the Commonwealth of Australia encompasses the mainland of the Australian continent, Tasmania and more than 8,000 other islands in the continent’s surrounding waters. Australia’s interior, known as the Outback, is mostly desert. This largely uninhabitable area is home to Australia’s iron and coal reserves, among the world’s largest. Mining has grown in importance for the Australian economy and remains a key driver of future economic growth. The Melbourne-Sydney-Brisbane corridor forms the population core along the fertile South Eastern coastline, while the capital Canberra is situated in the interior near the Murray-Darling River System. The Murray-Darling Basin is Australia's agricultural heartland but is cut off from the core by the mountains of the Great Dividing Range. Australia's main geographic challenge is managing its isolation and small population, which is stretched thinly along its coasts. These factors affect almost all domestic and foreign policy decisions. Distance and isolation mean that Australia relies heavily on shipping lanes for its economic security. This has led Australia to build close alliances with global maritime powers — first the United Kingdom and later the United States — to protect its access to ocean trade as well as deter attacks from other powers. Increasingly, Canberra must balance its strategic, military and cultural ties to the United States and Europe with greater economic integration with East and Southeast Asia, and especially China — its largest trading partner.
READ MORE
Australia
The U.S. and the Balance of Power
Commodities: A Cautionary Tale
China in Transition
Regions & CountriesJanuary 28, 2020 | 22:09 GMT 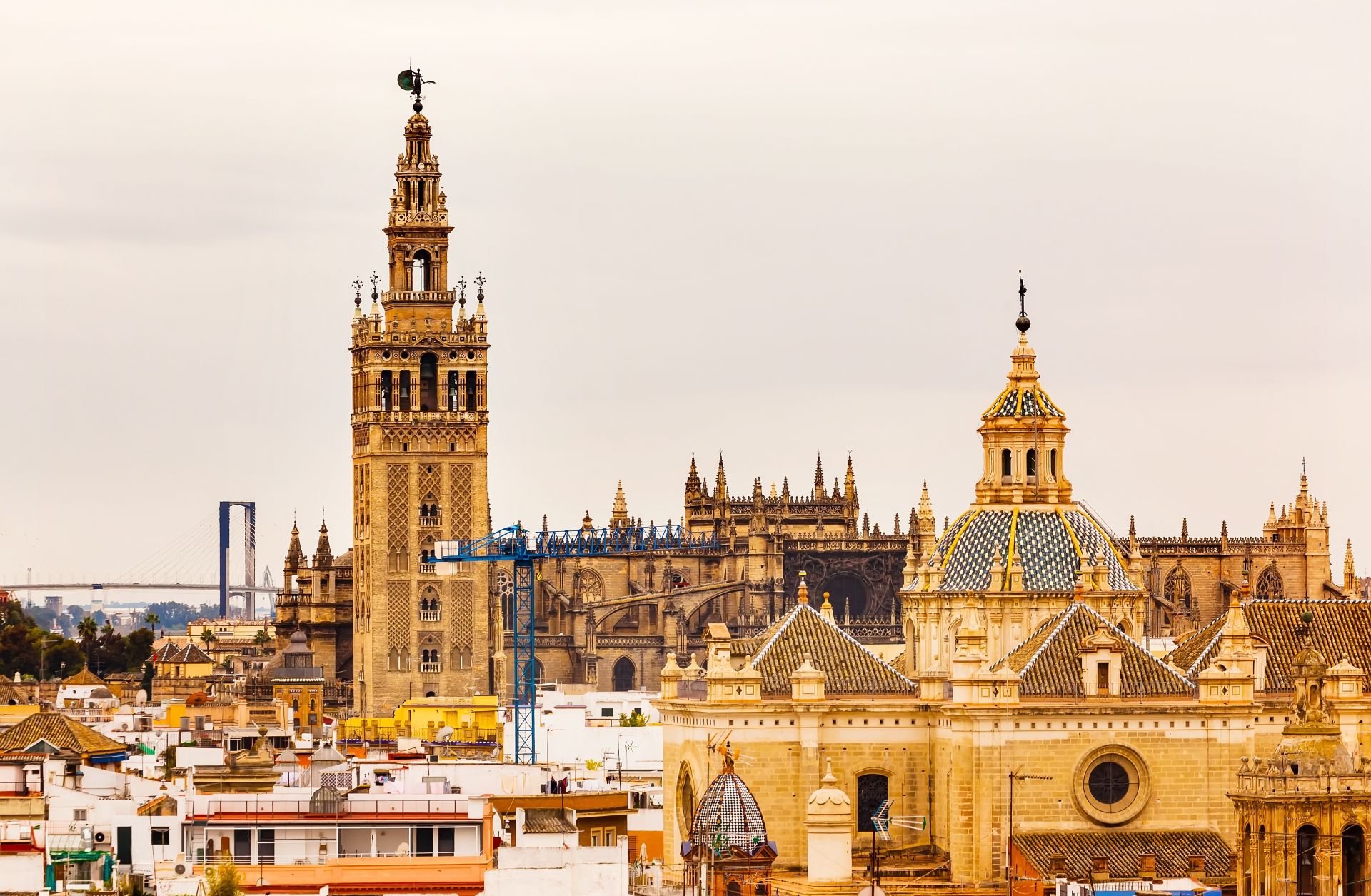 El Salvador
The tiny country of El Salvador is typical of Central America's geographic challenges. Nestled south of Honduras, southeast of Guatemala and northwest of Nicaragua, El Salvador's landmass is small — even compared to its neighbors. Throughout most of its history, El Salvador was an agricultural society. The mountainous terrain and relative isolation from the rest of the world encouraged subsistence agriculture but very little profitable economic activity. Despite the growth of some industry, such as textile manufacturing, in the late 20th century, El Salvador remains a very underdeveloped country. This underdevelopment fostered stark political divisions in the country's society. Abroad, El Salvador is perhaps best known for a 13-year civil war between communist-backed forces and the U.S.-backed government. The war ended in 1992, but the country remains politically split along economic class lines and between the left and right. The main political parties in the country are those organized around members of the now-disbanded leftist guerrilla movement and the right-leaning government. Illegal migration and violent crime remain the principal concern in El Salvador for the United States. El Salvador is simply too small and too resource-poor to sustain its population. Explosive population growth in the mid-20th century, endemic poverty and civil war caused mass migration abroad. More than a million Salvadorans fled the country, mostly to the United States. After the conflict, violent crime — mainly in the form of criminal gangs such as MS-13 and Barrio 18, and their numerous cliques across the country — compounded the migration problem. To this day, remittances from Salvadorans living in the United States are one of the main sources of foreign income for the country's economy. For the United States, neither of the security concerns from El Salvador are first-tier foreign policy priorities. Instead, they are persistent issues that some administrations choose to take more seriously than others.
READ MORE
El Salvador
Regions & CountriesJanuary 28, 2020 | 22:09 GMT 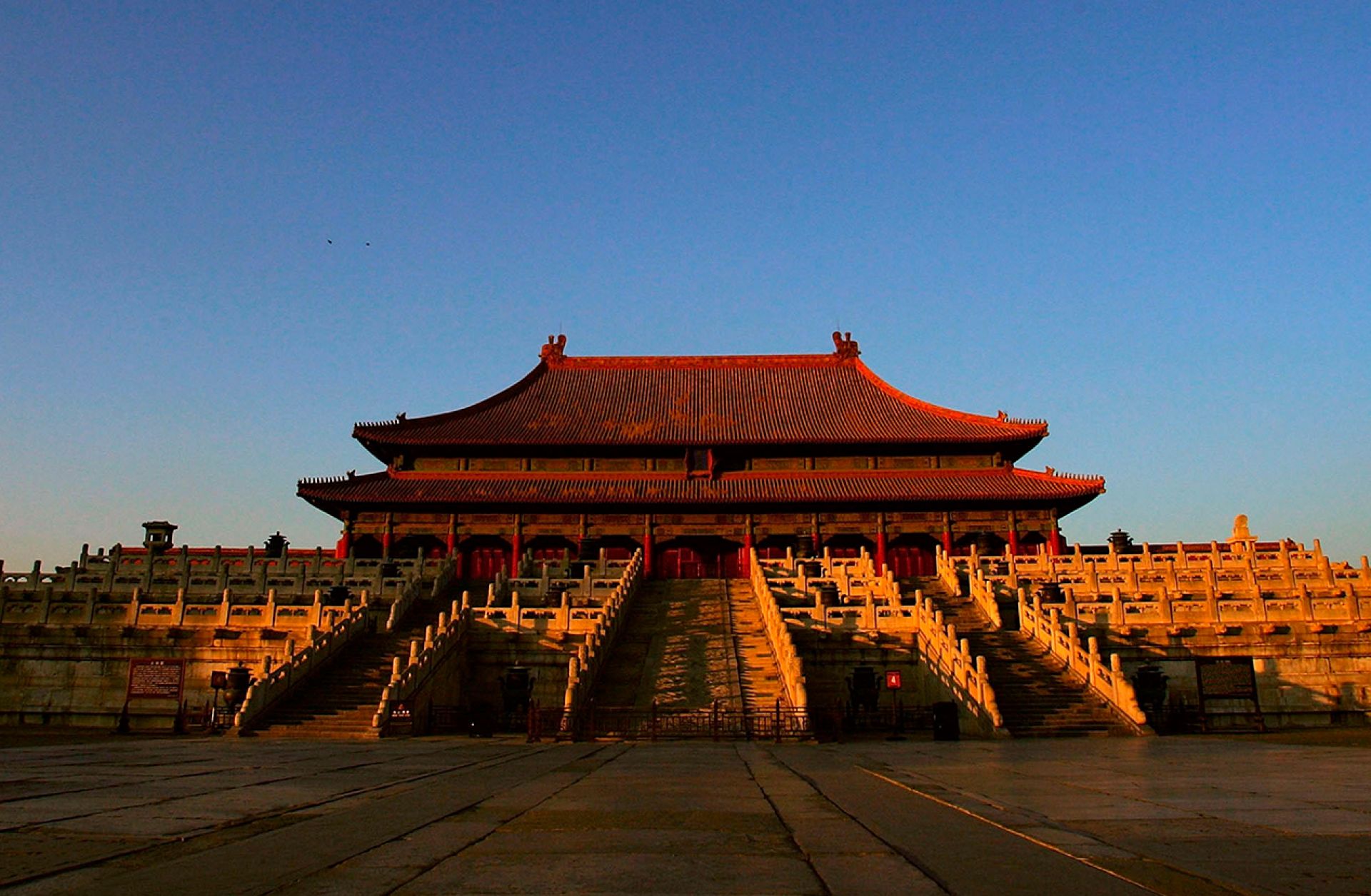 China is situated on the eastern third of the Eurasian landmass, between Russia, mainland Southeast Asia, the Indian subcontinent and Central Asia. Its more than 9,000 mile-long coastline abuts the Yellow, East and South China Seas. China is a country of deep geographic divisions. Most fundamental is the split between its fertile eastern lowlands and the arid, sparsely populated highlands that enclose the lowlands like a shell. More than a billion people live in the ethnic Han Chinese core, making it one of the most densely populated places on Earth. Traditionally, threats to China's Han core originated in the borderlands. To guard against overland invasion, successive Chinese rulers have sought to push the Core's borders outward —integrating these highlands as strategic "buffer" zones. These zones form a shield, protecting and containing the core. To be secure, China must control the buffer regions. But maintaining control of the regions, in turn, requires a strong and united core. And that means overcoming immense internal divisions — not only between northern and southern regions orbiting the Yellow and Yangtze rivers, but also between smaller regional units, each with their own geography, history, dialect and interests. Chinese history is defined by cycles of unity and fragmentation, from periods when a strong Han core captures and holds the surrounding buffers to those when a weak core breaks into its constituent parts, loses internal coherence and cedes control of the borderlands. This pattern, rooted in China's geography, has played out with remarkable consistency. By comparison, China's maritime interests have remained mostly limited to coastal waters. Today, however, growing international trade and rising Chinese reliance on overseas resources threaten to alter the pattern, adding a new maritime dimension to the struggle for buffer space — and potentially upending the long-standing dynamics of China's geographic challenge. 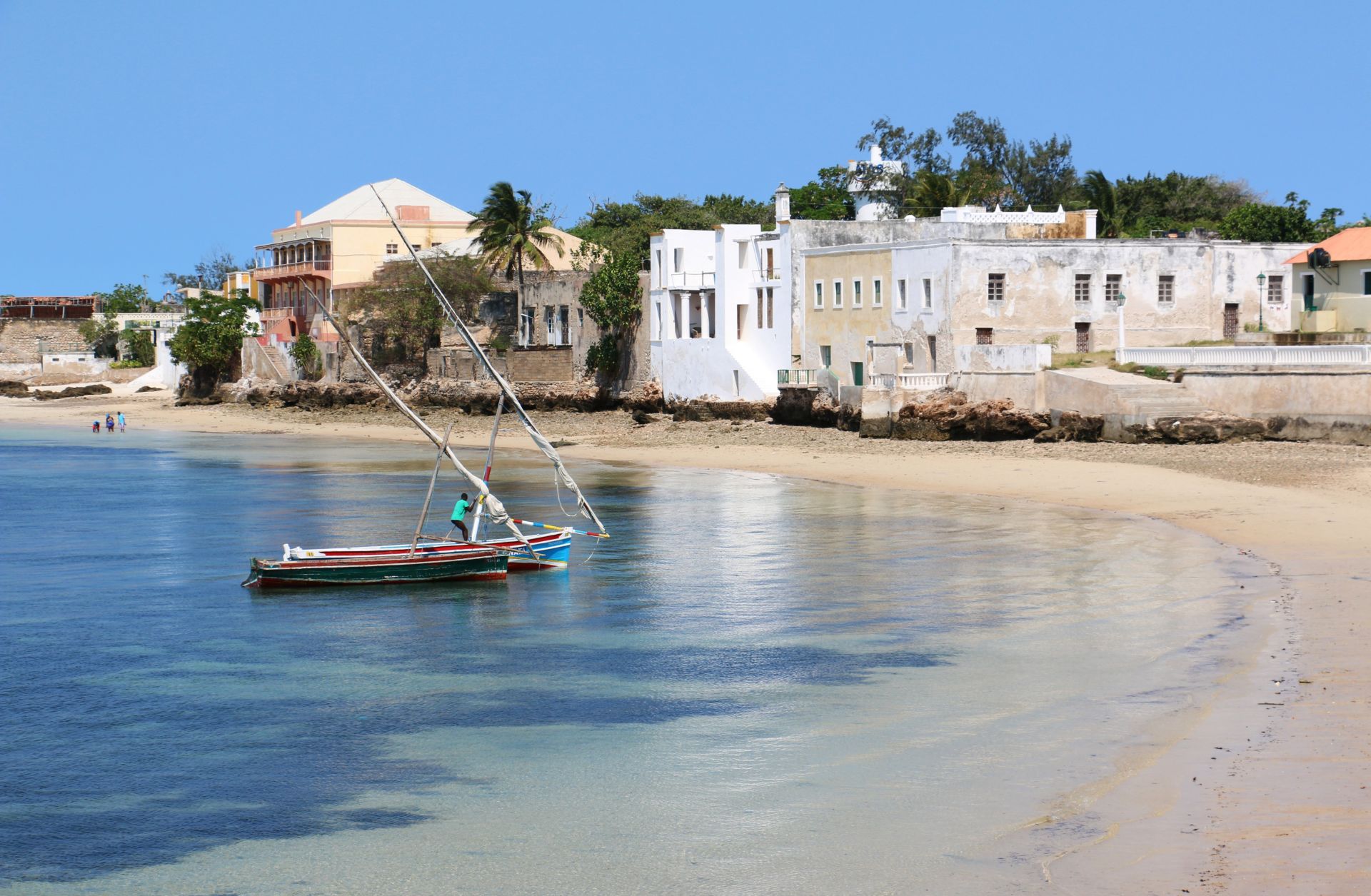 Mozambique
Located in southeastern Africa, Mozambique is bordered by Tanzania, Malawi, Zambia, Zimbabwe, South Africa and Swaziland. With a coastline of roughly 2,400 kilometers (1,500 miles), the majority of Mozambique's 23 million people reside in port cities. The capital, Maputo, is the largest city and the country's core — a result of its natural harbor and proximity to the dominant economy of South Africa. Founded in the 16th century by Portuguese seafarers seeking maritime resupply stations to and from Asia, explorers soon ventured inland for land and resources. Portuguese expansion was contained by rival colonial powers, which controlled the mountainous highlands to Mozambique's west. As a result, Mozambique is a low-lying landscape prone to malaria. The country's borders, made by European mapmakers, are Mozambique's main geographic challenge, as they do not factor in ethnic boundaries. Following its independence from Portugal in 1975, Mozambique struggled — often in armed conflict — to balance the country's two main ethnic groups. The Shangaan of southern Mozambique absorbed the colonial infrastructure concentrated in the core region. This enabled them to repel and contain the Shona of central Mozambique and other ethnic groups in the northern parts of the country. Since the end of its civil war in 1992, Mozambique has had one of Africa's highest economic growth rates. Recent exploration found a large coal basin in central Mozambique and a globally significant offshore natural gas basin in the north. These resources will force government attention away from the southern core to regions it must no longer sequester and now engage. Exploiting these natural resources without exacerbating ethnic tensions will test Mozambique's fragile unity.
READ MORE
Mozambique
The Suitors of Sub-Saharan Africa
SITUATION REPORTJan 28, 2020 | 19:27 GMT
Global: Number of Confirmed Coronavirus Cases Jumps to Over 4,600
The number of coronavirus patients around the world has reached over 4,600, including new confirmed cases in Germany, Ivory Coast, Cambodia and Sri Lanka, while the death toll from the disease has climbed to 107, the South China Morning Post reported Jan. 28.
READ MORE
China
Japan
Germany
The Geopolitics of Disease
SITUATION REPORTJan 28, 2020 | 19:03 GMT
Tanzania: World Bank Delays Decision on Loan Amid Human Rights Concerns
The World Bank has postponed a meeting to discuss a $500 million loan to Tanzania, CNN reported Jan. 27.
READ MORE
Tanzania
The Suitors of Sub-Saharan Africa
Regions & CountriesJanuary 28, 2020 | 19:30 GMT 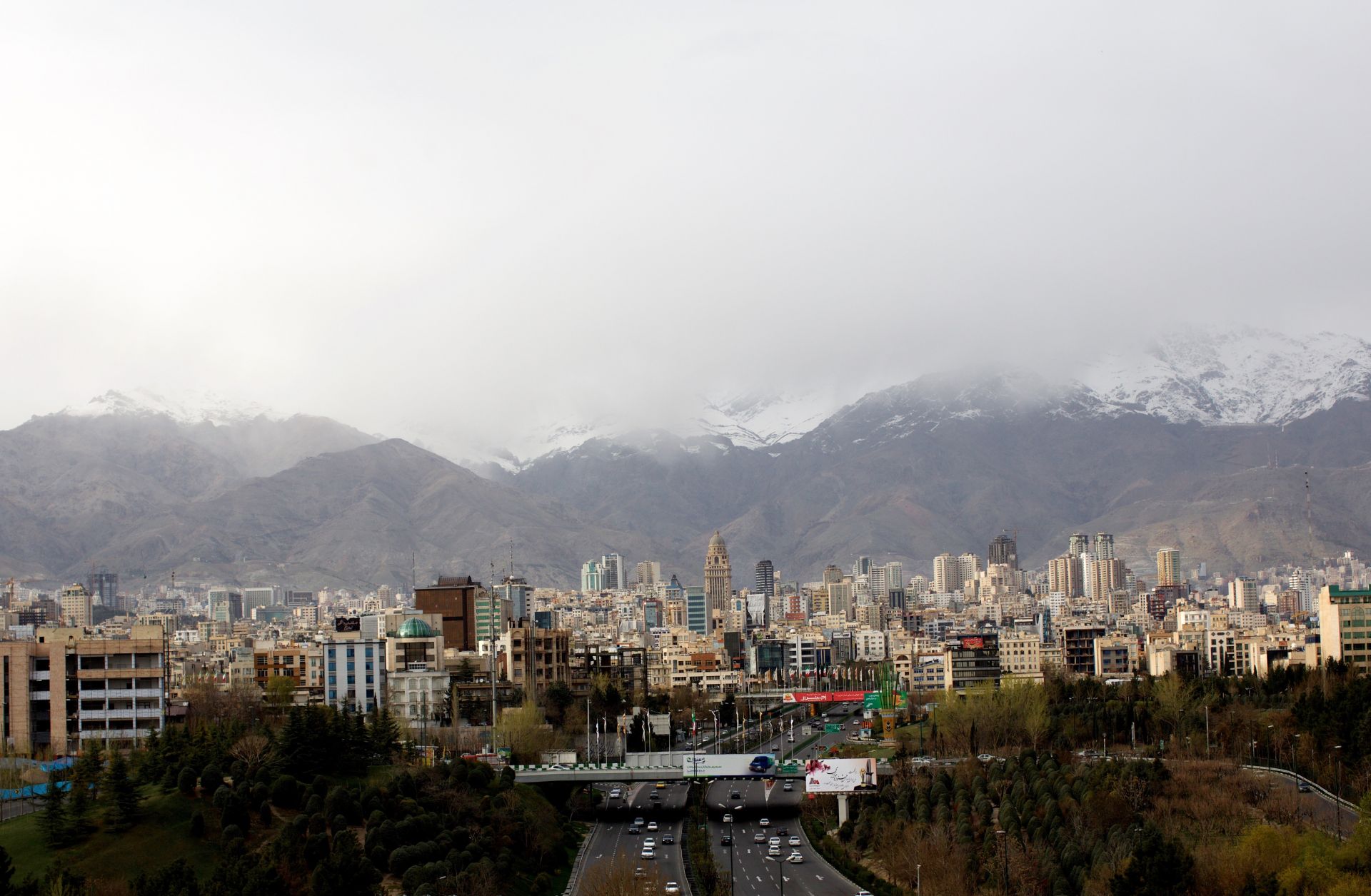 Iran
Iran sits at the crossroads of the Islamic world. Linking the Middle East, the Caucasus and Central and South Asia, Iran has struggled to balance the benefits and risks of its geographic position. Iran's core is located in the western Zagros mountain range. From this secure geography, the beginnings of the Persian Empire spread throughout Iran's mountainous topography securing the Alborz, the southern Zagros and much of the Iranian plateau. Iran's primary geographic challenge has been to secure itself from the many external threats on its borders. Arabs, Mongols and Turks all conquered ancient Persia at various times, prompting Persia to expand its territorial control whenever possible to establish a buffer to protect its core. At its height, the Persian Empire stretched from the Eastern Mediterranean to the Hindu Kush mountains, bridging modern-day Europe and Asia. Echoes of this former empire can be seen even today, with Iran's support for Hezbollah in Lebanon, the al Assad regime in Damascus and the Shiite-led government in Iraq. Iran has also struggled to unite and control the various language and ethnic groups located within its core territories, a process impeded by the country's difficult terrain. Modern-day Tehran is aided by its large hydrocarbon reserves; Iran boasts the fourth-largest oil reserves and largest natural gas reserves in the world. The 20th century saw British, Russian and American interests competing not only to control Iran's strategic geographic location, but its significant energy reserves as well. This modern-day reliance on energy revenues has resulted in Iran's focus on securing the Strait of Hormuz and expanding control over the Persian Gulf to secure its core territories from the threat of outside invasion.
READ MORE
Iran
Regions & CountriesJanuary 28, 2020 | 19:29 GMT 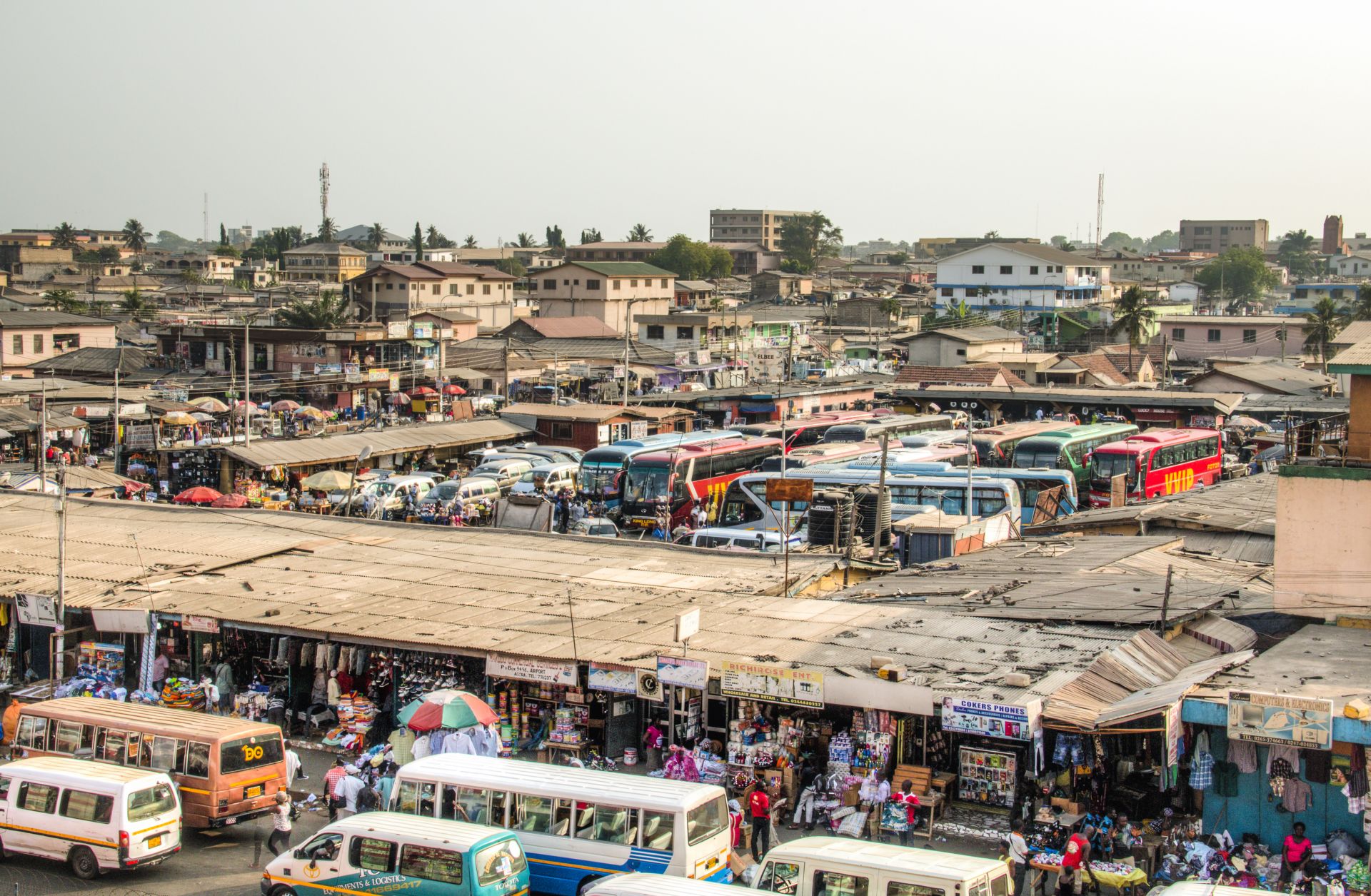