Situation Reports
SHOP | SUBSCRIBE | SIGN IN
For more targeted results combine or exclude search terms by applying the Boolean Operators AND, OR and AND NOT. Place quotations around your search term to find documents that contain that exact phrase

Saved Searches
SITUATION REPORTOct 15, 2021 | 19:30 GMT
ESwatini: Pro-Democracy Student Protests Escalate Amid Internet Blackout
Students in eSwatini have staged walkouts and protests over the last two weeks to protest the detainment of two pro-democracy lawmakers who have been held since the last round of protests over the summer, Reuters reported Oct.14.
READ MORE
Eswatini
Security
Politics
SnapshotsOct 4, 2021 | 22:25 GMT 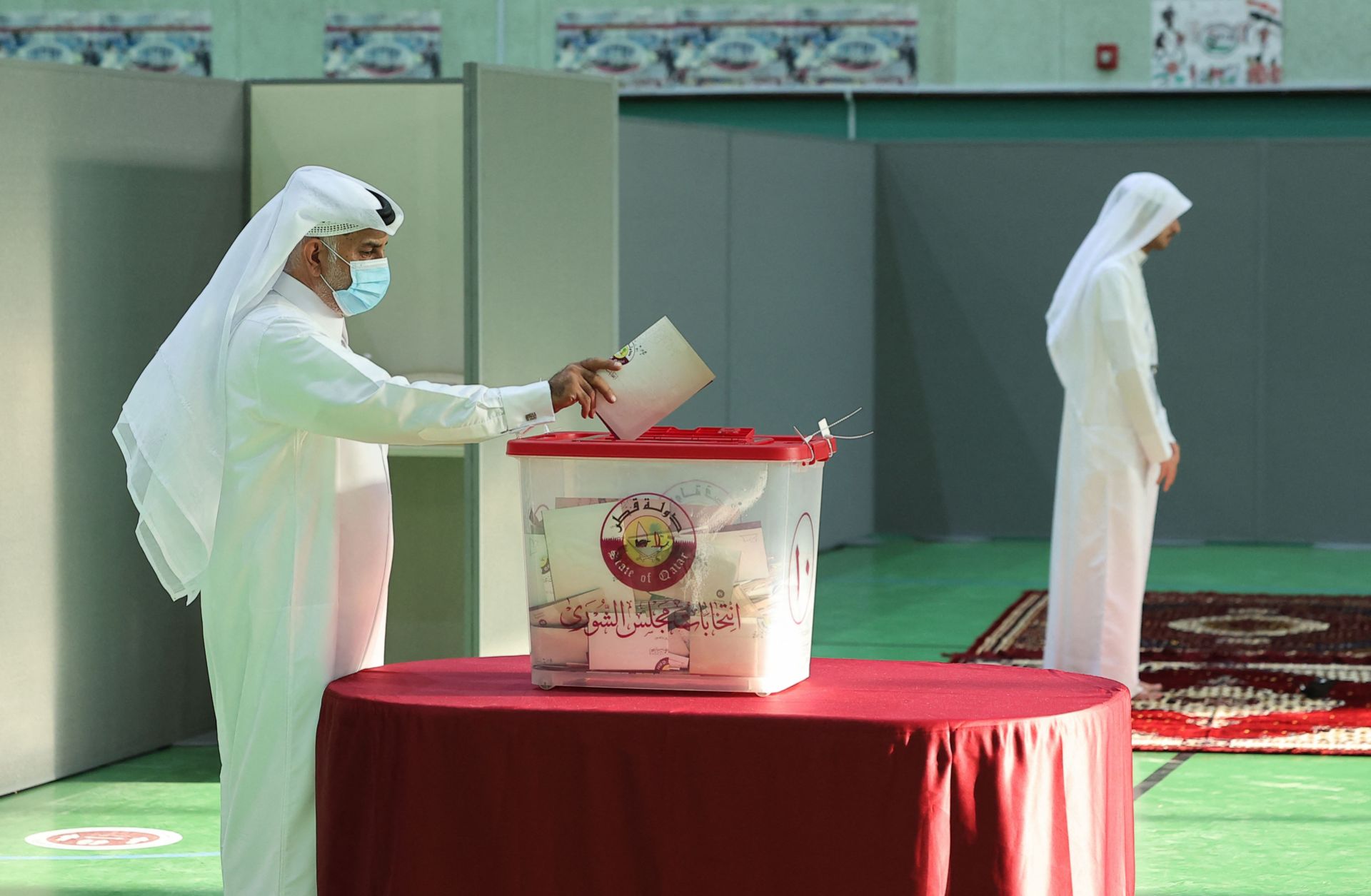 What to Make of Qatar’s First-Ever Popular Vote
Qatar’s first-ever popular elections represent an incremental broadening of political participation in the absolute monarchy as its economy slowly diversifies away from hydrocarbons. The polls will also give Doha an edge in its ongoing competition with the United Arab Emirates in the coming years. Qataris voted Oct. 2 in the first-ever popular election for the country’s consultative legislative council, known as the Shura Council. 30 of the 45 seats were selected by popular vote, while 15 were directly selected by Qatar’s emir. 26 of the 233 candidates on the ballot were women, which Qatari and international media heavily touted leading up to the vote. None of those women, however, ended up winning seats.
READ MORE
Qatar
Politics
Broken Contracts in the Middle East
SITUATION REPORTSep 29, 2021 | 18:30 GMT
Russia: Regulators Threaten to Block YouTube for Restricting Russian Channels
Russia’s internet censor, Roskomnadzor, claims to have sent a letter to Google demanding that the company lift all restrictions on several Russian YouTube channels or face fines and restrictions on the service in Russia, The Moscow Times reported Sept. 29.
READ MORE
Russia
Technology
Politics
Russia's Internal Struggle
Quarterly ForecastsSep 27, 2021 | 00:00 GMT 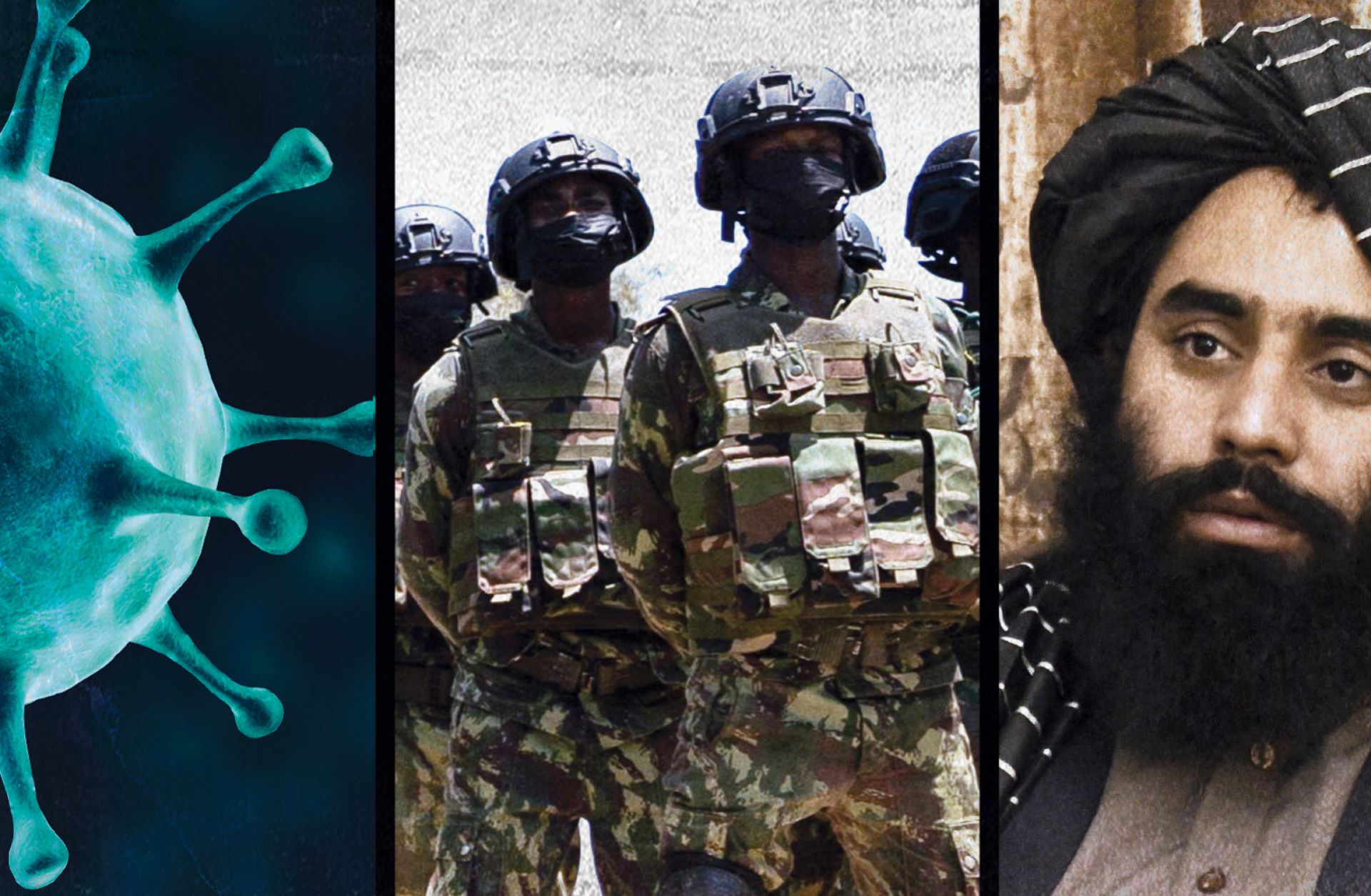 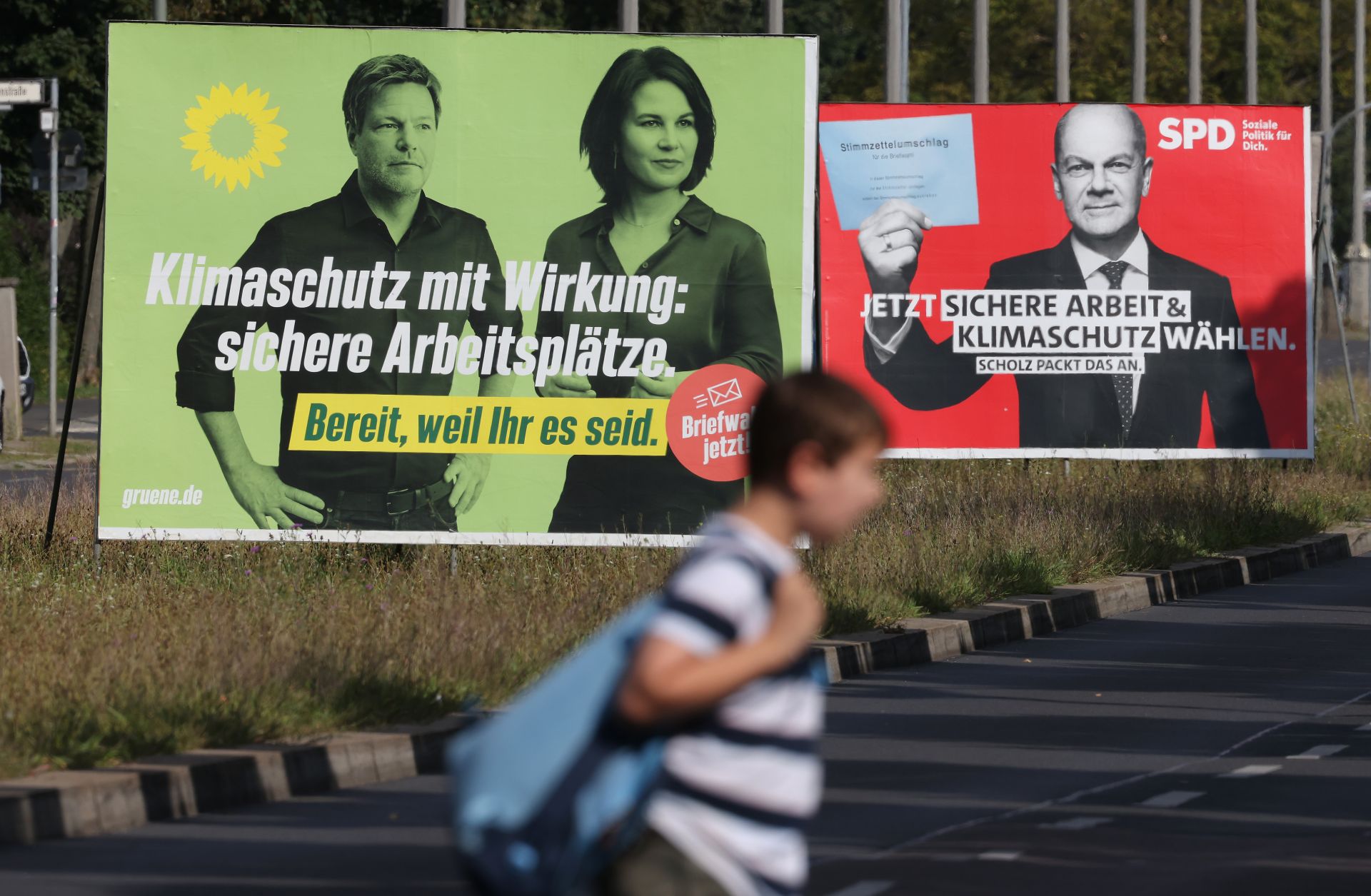 A Guide to Germany’s Federal Election
Germany’s upcoming federal election will result in a moderate government that supports EU and NATO membership, seeks fiscal consolidation after the COVID-19 pandemic, and implements policies to reduce carbon emissions over time. But the pace of implementation and depth of these policies will depend on the ideological composition of the next government coalition. Germany will hold a federal election on Sept. 26, the first in 20 years where conservative Chancellor Angela Merkel will not be a candidate. Opinion polls suggest the election will produce a fragmented Bundestag. As a result, the negotiations to form a coalition will take several months, and Germany may not have a new government until late 2021 or early 2022. The new government will likely include moderate center-left and center-right parties, while excluding the anti-immigration and euroskeptic Alternative for Germany (AfD), as well as possibly the anti-globalization and anti-NATO Die Linke. This means that the new government
READ MORE
On SecuritySep 1, 2021 | 09:00 GMT 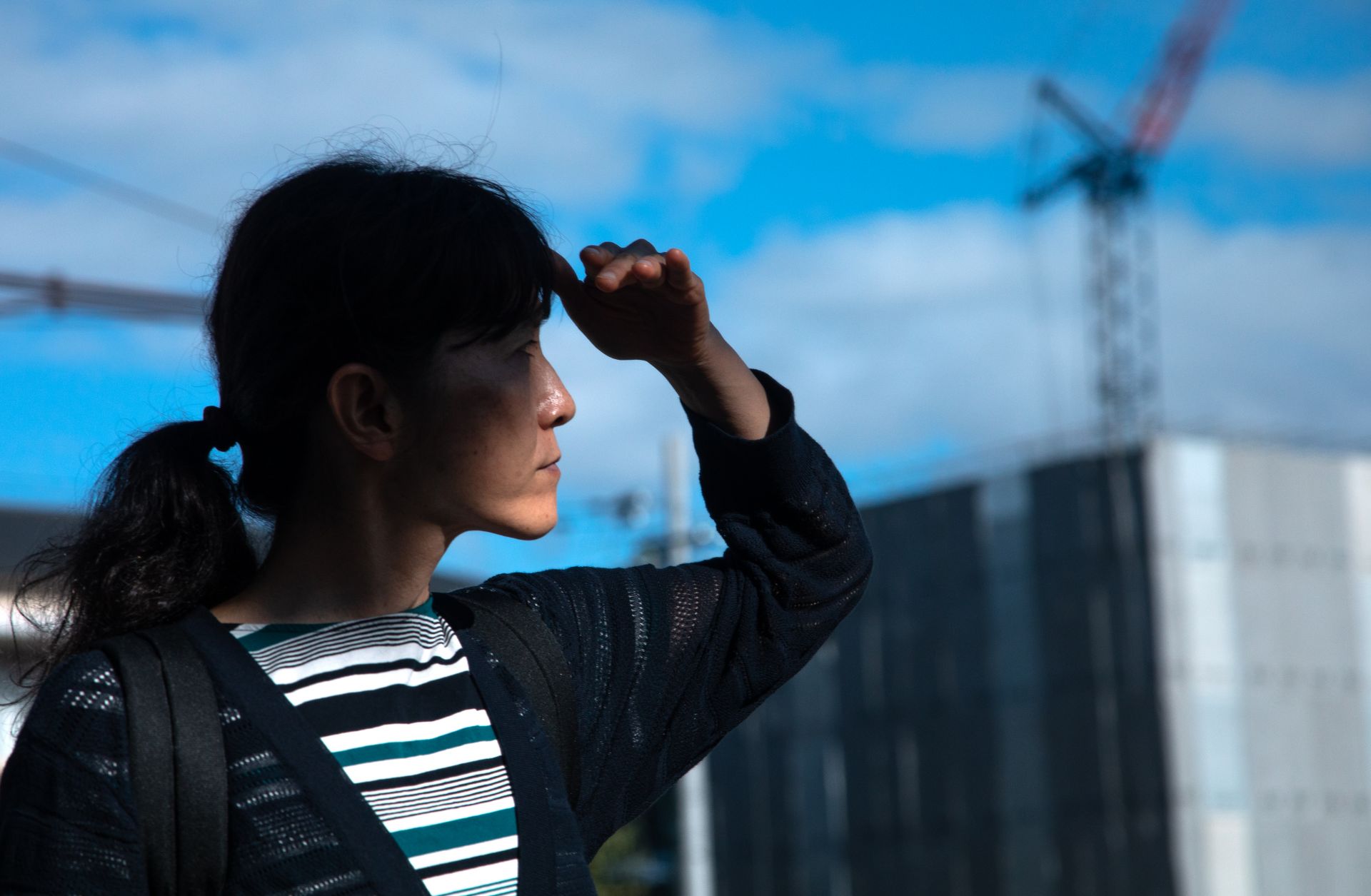 Non-COVID Travel Security Considerations, Part V: Personal Security Abroad
Security situations can arise anywhere, so it is important to travel with the right mindset to prepare for threats wherever they may emerge.
READ MORE
United States
Security
GuidanceAug 28, 2021 | 14:00 GMT 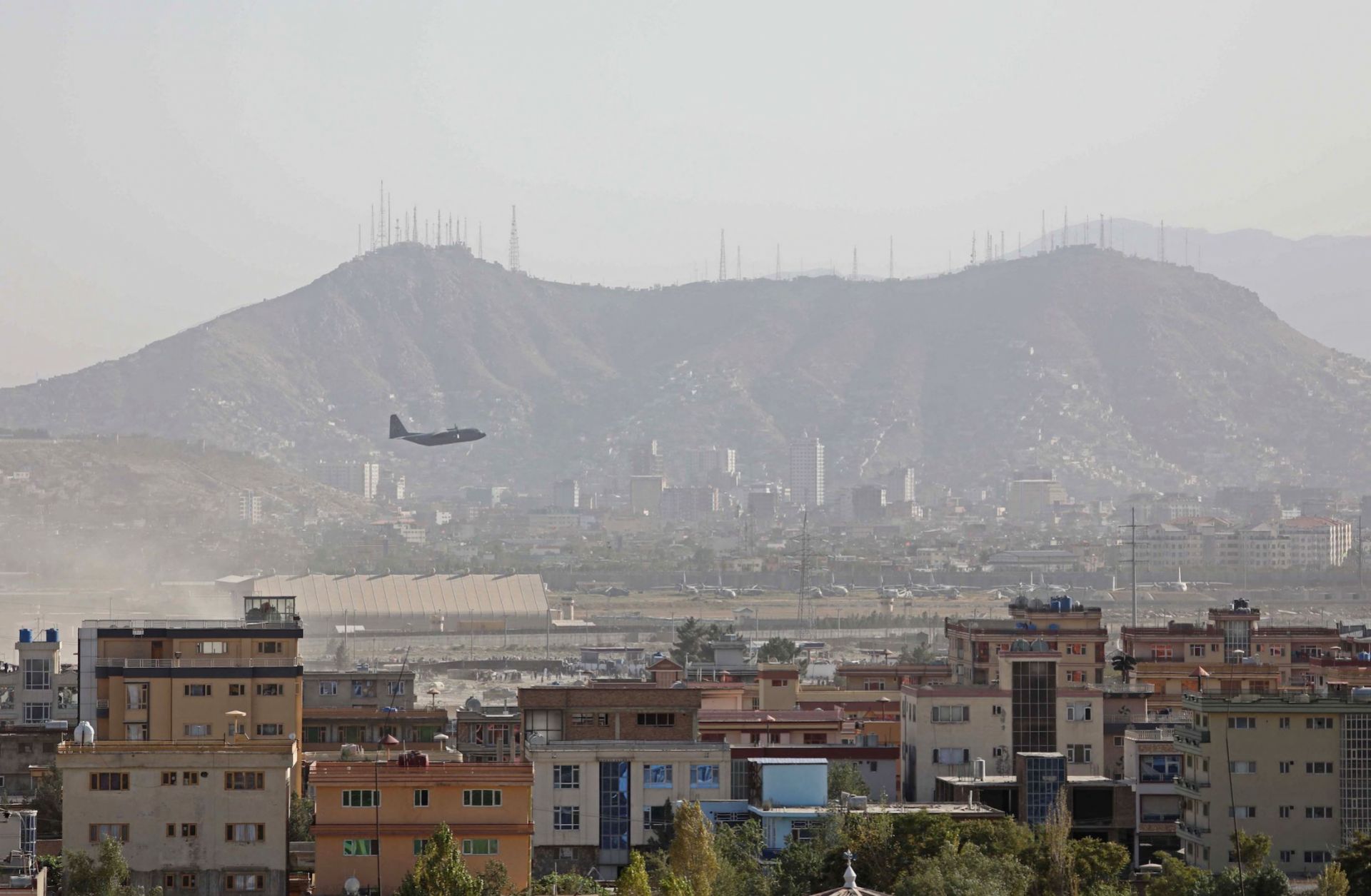 The Weekly Rundown: The Exit from Afghanistan and a U.S.-Ukraine Meeting
A look at what the coming week will bring -- and a list of recommended Stratfor articles from the week that was.
READ MORE
United States
China
South Korea
Ukraine
Iraq
Oman
Egypt
Afghanistan
Security
Military
Politics
Environmental Issues
South Asian Militancy
SnapshotsAug 10, 2021 | 21:15 GMT 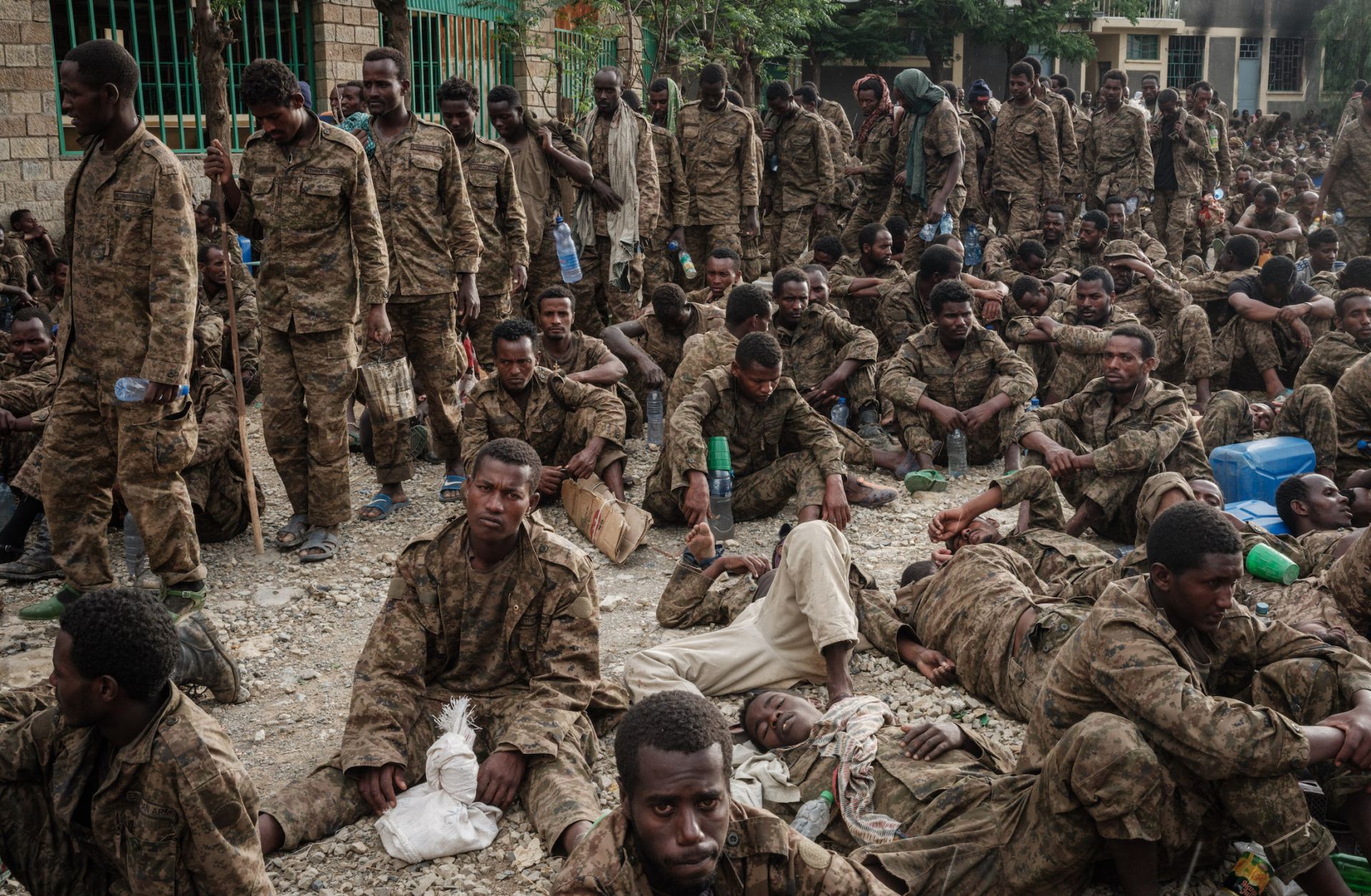 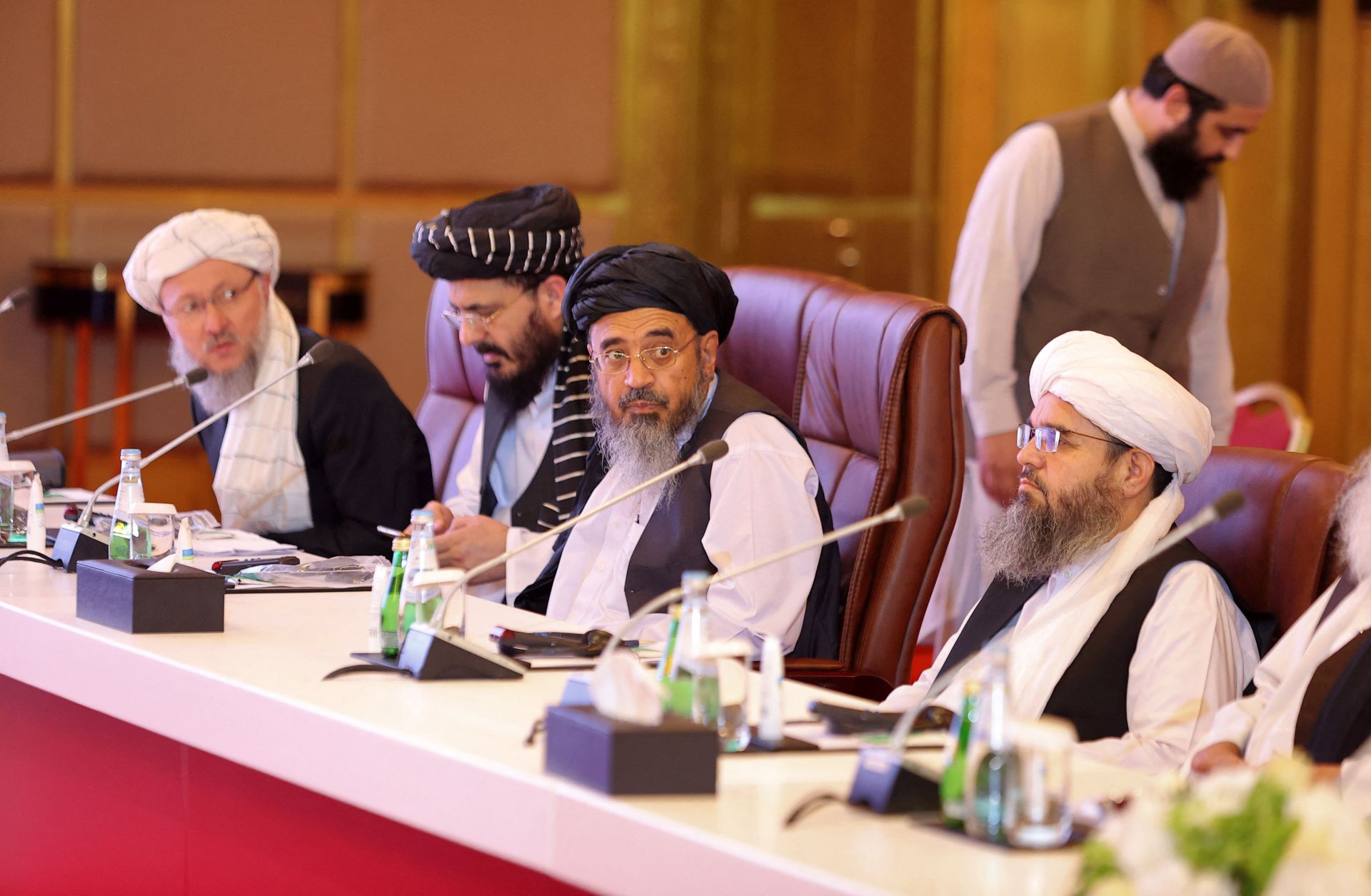 Challenging Our Understanding of the Taliban
Most assessments of U.S. withdrawal from Afghanistan, as well as the predicted advances of the Taliban, focus on two key outcomes: 1) the reversal of Western human rights and standards in the country, particularly for women, and 2) the devolution of Afghanistan into a terrorist base for outward strikes against distant foreign powers. These are not necessarily wrong perceptions, particularly given the history of the Taliban’s first conquest of Afghanistan. But it is important to also seek alternative historical analogies, even if only to test the currently accepted model.
READ MORE
United States
Afghanistan
Security
Military
Politics
The U.S. and the Balance of Power
The Jihadist Wars
South Asian Militancy
AssessmentsJul 15, 2021 | 21:43 GMT 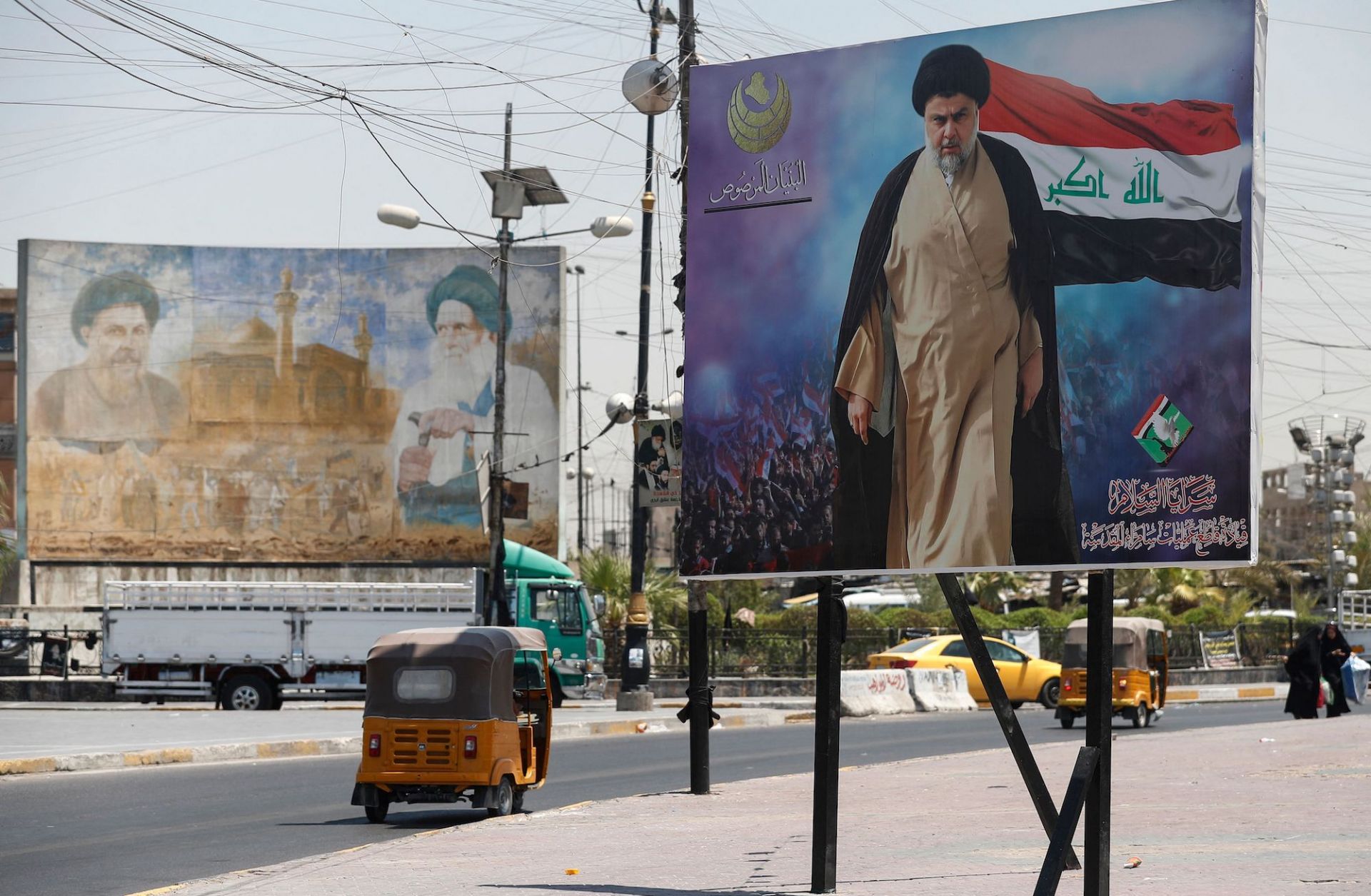 Iraqi Shiite Leader Withdraws From Upcoming Elections
By backing out of Iraq’s October parliamentary elections, Shiite cleric Moqtada al-Sadr is positioning himself as a likely agitator of the next government’s stability and risks handing more votes to allies of Iranian-backed militias. In a televised speech on July 15, al-Sadr announced his “withdrawal from the upcoming elections'' in order to “preserve the rest of the country and to save Iraq which was burnt by the corrupt.” A handful of his political followers have also since said they would boycott the upcoming parliamentary elections.
READ MORE
Iraq
Security
Politics
SITUATION REPORTJul 7, 2021 | 18:11 GMT
EU: Brussels Drafts Alternative to China’s Belt and Road Initiative
On July 6, Politico sources claimed to have seen a draft of the EU Council’s infrastructure development alternative to China’s Belt and Road Initiative (BRI), which EU foreign ministers are likely to sign on Monday.
READ MORE
China
Europe
The New Silk Road
Divided EU Foreign Policies
On GeopoliticsJul 7, 2021 | 17:19 GMT 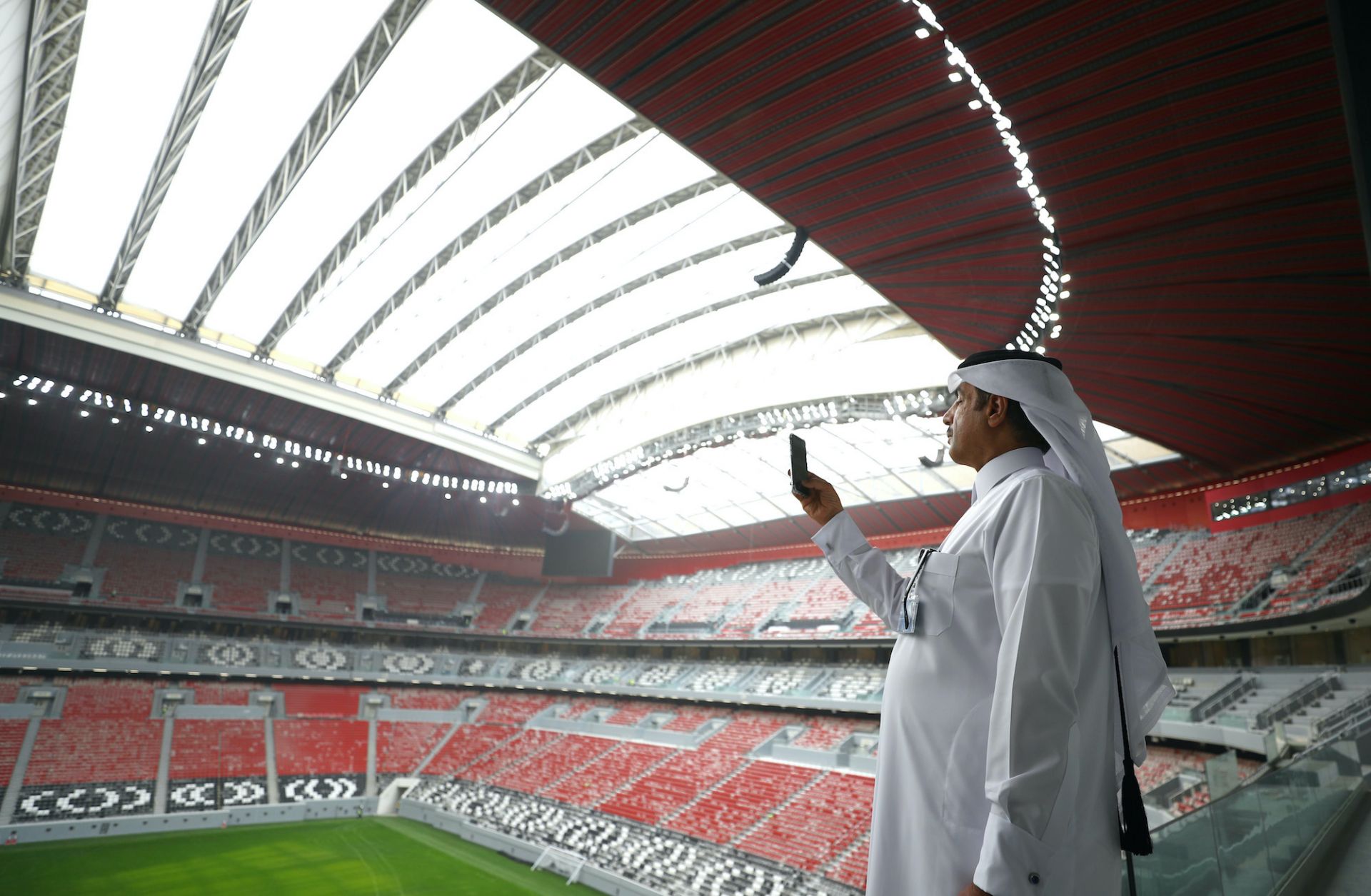 Qatar’s World Cup Dreams Will Meet COVID-19 Realities
As it grapples with the long-term impact of COVID-19, Qatar will have to decide whether it’s willing to make a dent in its economic allure by hosting a more subdued World Cup in November 2022. The long-awaited global soccer tournament is meant to be Doha’s big moment to shine by enabling the Arab Gulf country -- which will be the first to host an international event on this scale -- to show off its governance skills, modern infrastructure and tolerant national culture in a high-beam advertisement of the emirate’s economic potential.  The games have been plagued by numerous complications over the years, including accusations of corruption during the bidding process, allegations of the abuse of workers during the building of the infrastructure, and even worries that tourists might not be able to drink alcohol at events, as well as 2017-21 Saudi-Emirati blockade that closed off many regional air, land and sea
READ MORE
Qatar
COVID-19
Economics
AssessmentsJul 5, 2021 | 10:00 GMT 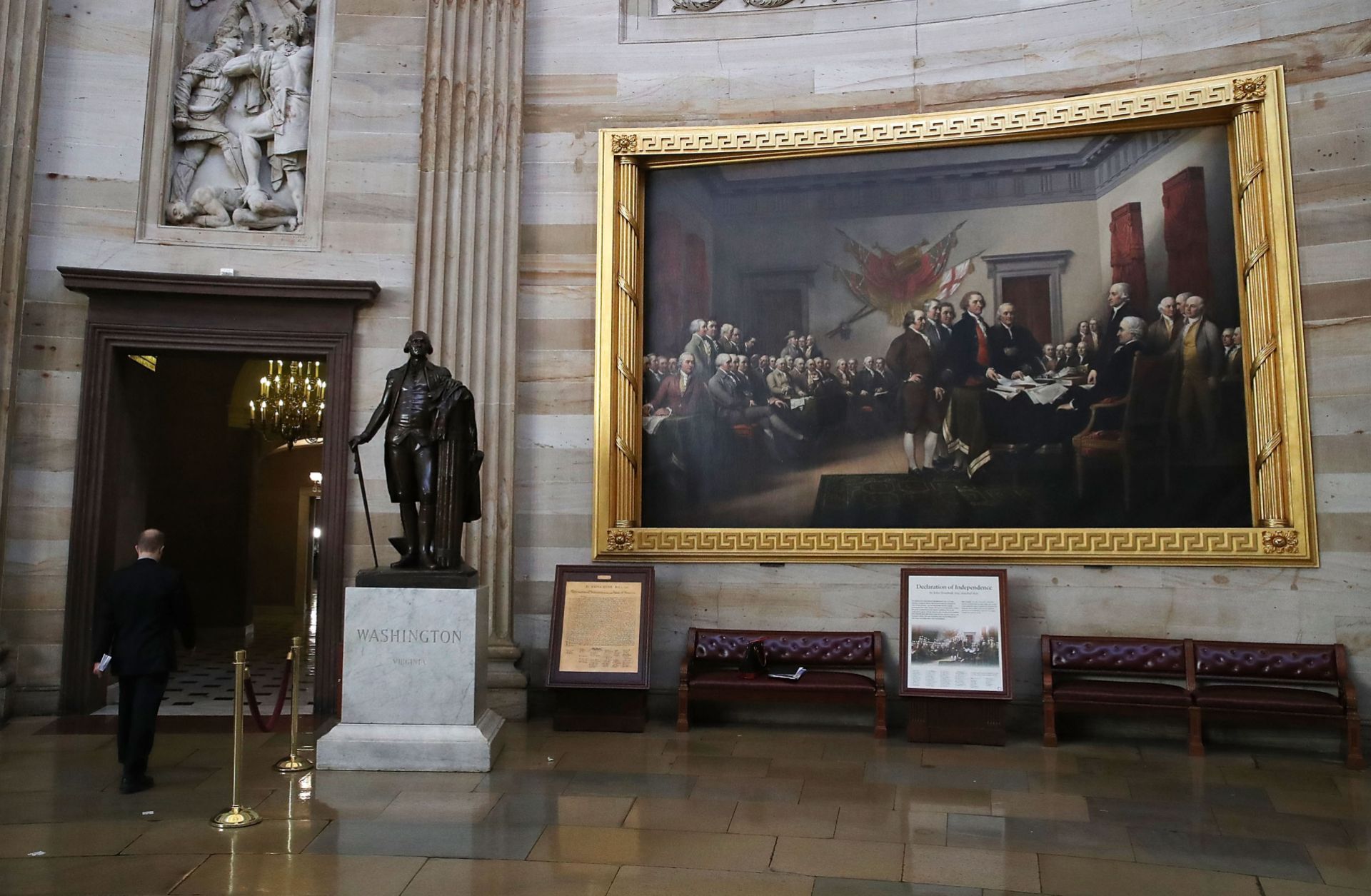 Considering America on Independence Day
To commemorate July 4 this year, Stratfor offers a sampling of some of its foundational analyses examining the world's preeminent power, the United States. These essays examine how the United States came to dominate the global system -- and where the American empire might be headed next.
READ MORE
United States
The U.S. and the Balance of Power
AssessmentsJun 30, 2021 | 18:55 GMT 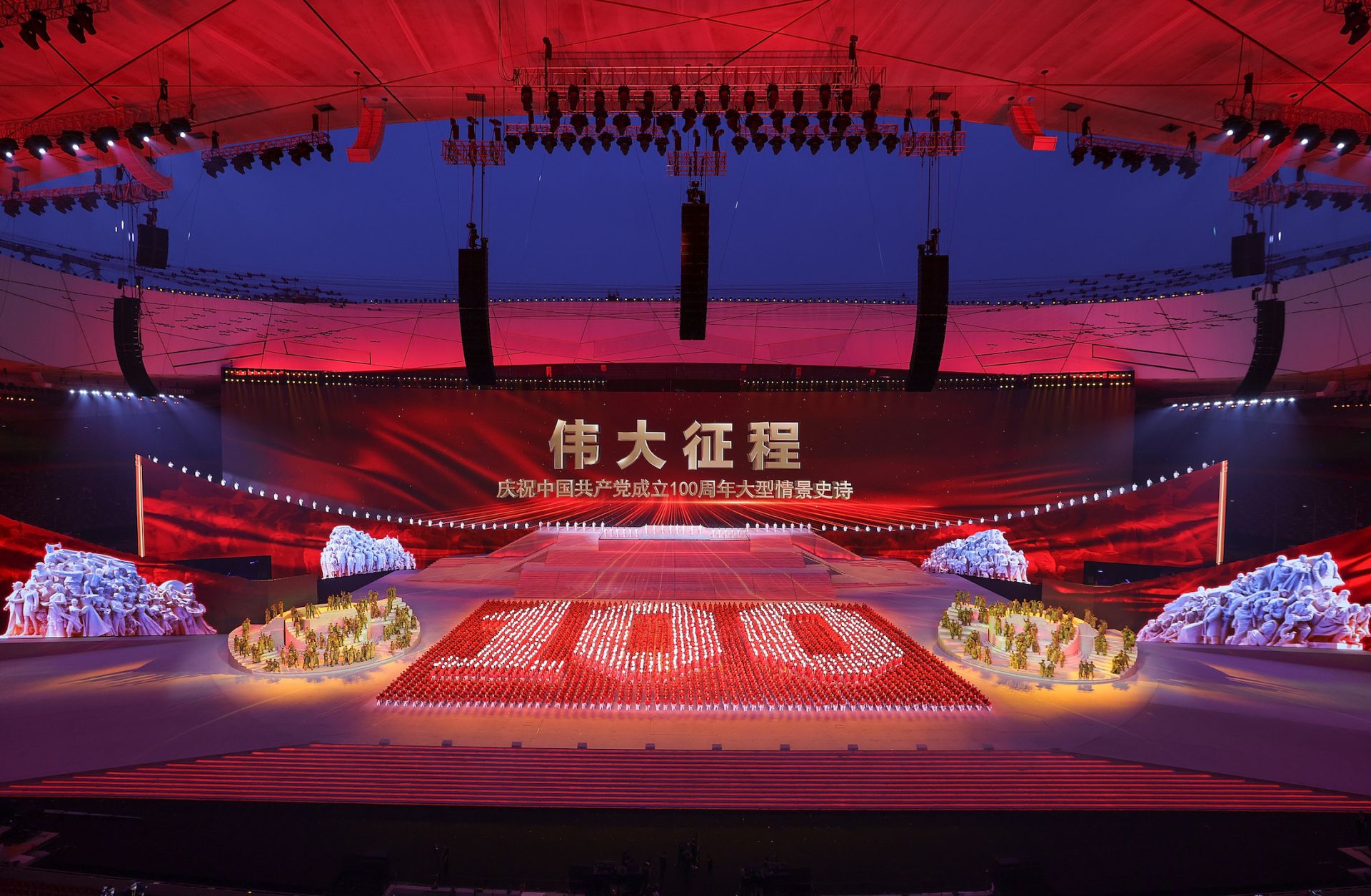 The CCP's 100th Anniversary Paves the Way for Xi's Third Term
The 100th anniversary of the founding of the Communist Party of China on July 1 will prompt the CCP to crack down on dissent, lash out at external critics, and stoke nationalism to levels that could threaten foreign business operations in and with China.
READ MORE
Hong Kong SAR, China
China
On SecurityJun 30, 2021 | 10:00 GMT 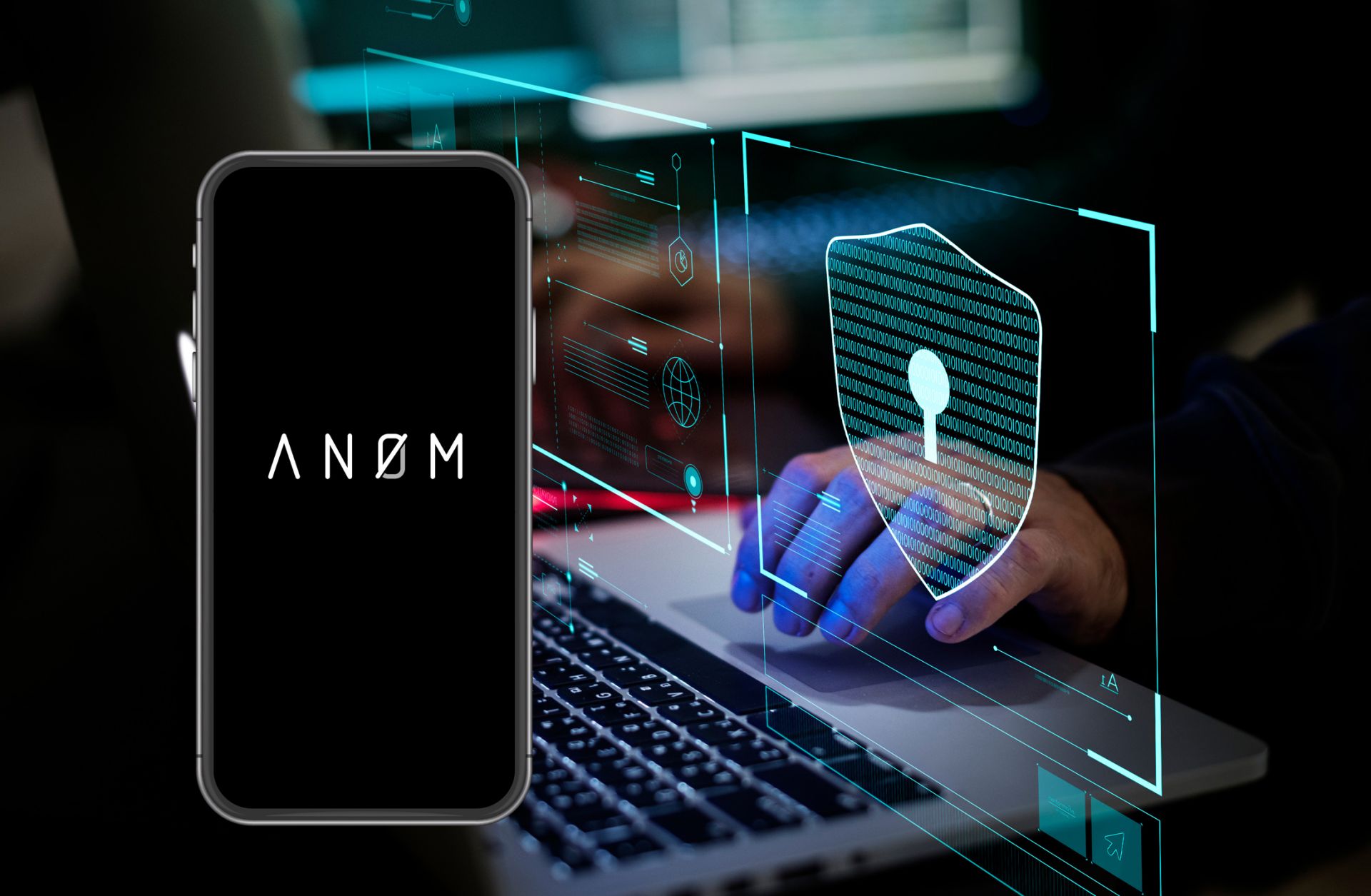 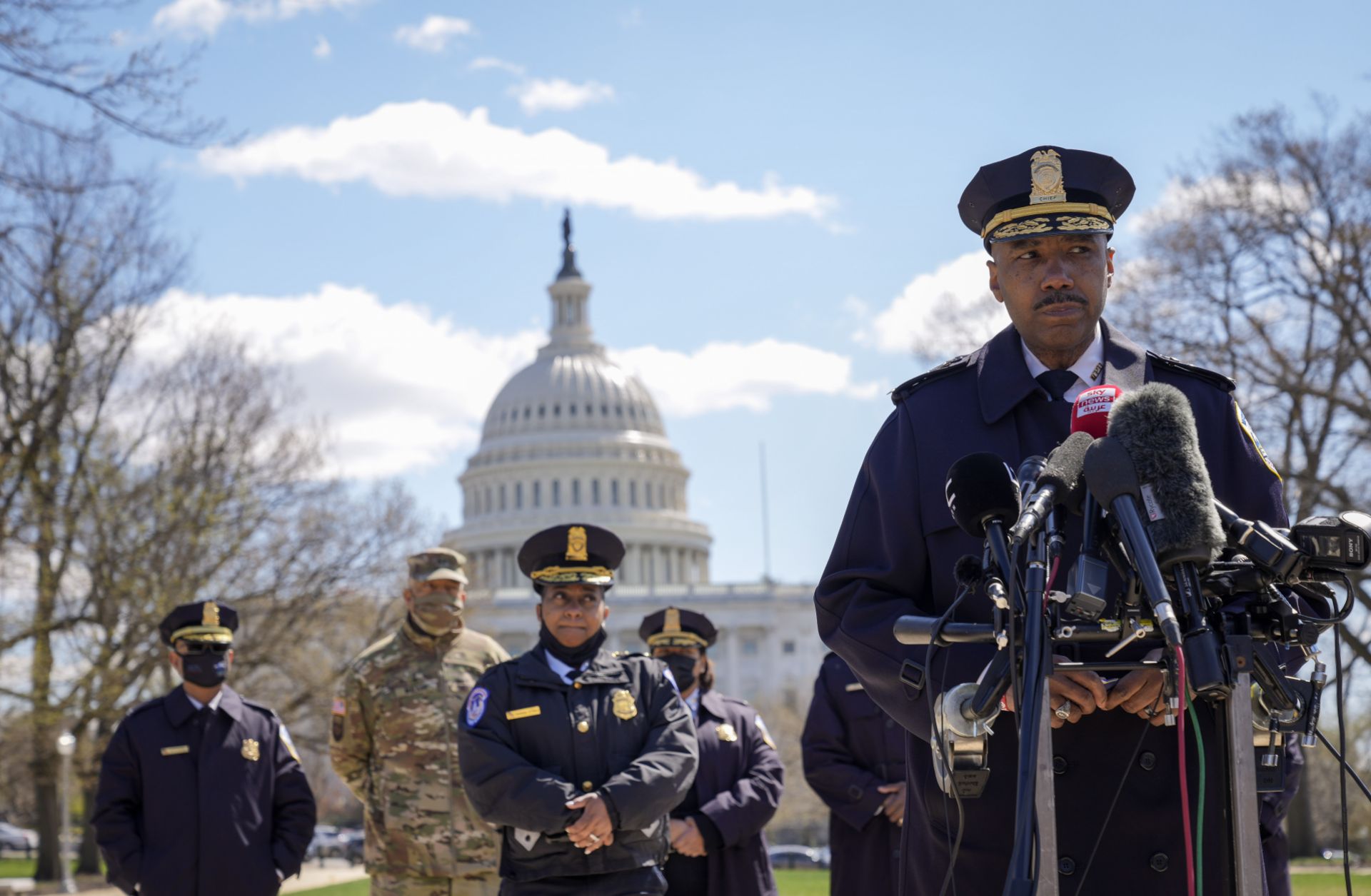 The Ransomware Threat to Law Enforcement
Cyberattacks on law enforcement risk exposing a trove of sensitive data that malign parties could sell to criminal organizations or hostile governments, which could then victimize and/or physically harm individual officers or entire organizations. In April 2021, the Metropolitan Police Department of the District of Columbia (MPD) was the victim of an extortion plot that threatened to expose sensitive data. The Babuk Group, a Russian-speaking ransomware crime syndicate, threatened to share the sensitive data with District of Columbia-area criminal gangs unless the department paid a ransom.
READ MORE
United States
Russia
Security
Cybersecurity