Showing 199 results for MIG sorted by 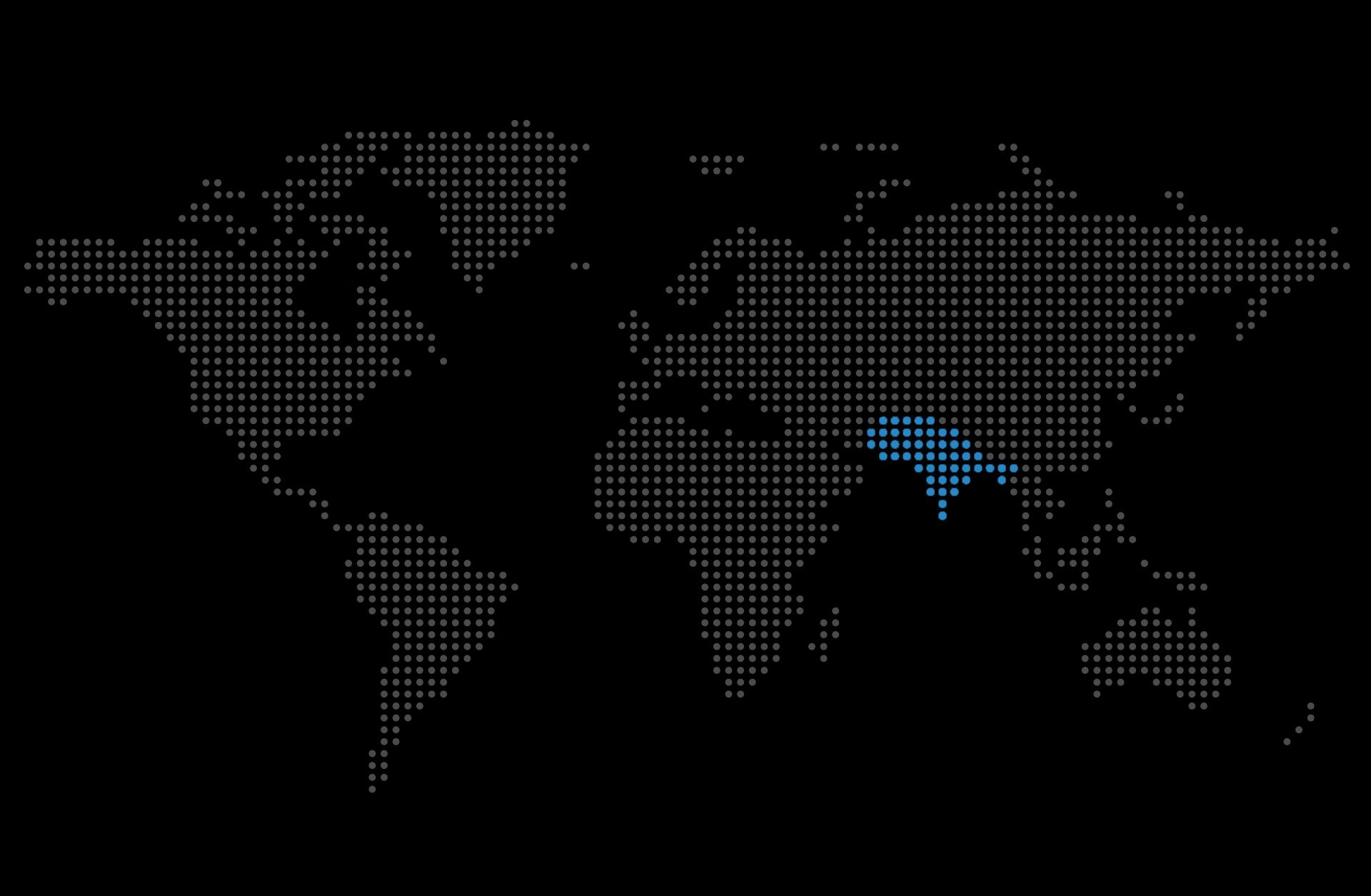 India, Pakistan: Islamabad Follows Its Retaliatory Strike With an Appeal for Talks
The ongoing confrontation between India and Pakistan surrounding the disputed Kashmir region has resulted in further military action, this time apparently initiated by Pakistan. Available information suggests that on Feb. 27, two Pakistani JF-17A fighter aircraft targeted an Indian army ammunitions depot near the Line of Control that divides the Pakistani- and Indian-administered parts of Kashmir. The Indian air force responded by sending two MiG-21 fighter aircraft to intercept the Pakistani jets. In the ensuing encounter, the Pakistani warplanes shot down at least one of the Indian aircraft, which crashed inside Pakistani territory. The pilot, who survived, was captured by Pakistani forces. Following the incident, Pakistani statements suggested this was a limited action intended to demonstrate Pakistan's ability to respond to India's recent actions.
READ MORE
India
Pakistan
The India-Pakistan Rivalry
SITUATION REPORTFeb 27, 2019 | 17:23 GMT
India, Pakistan: Pakistani Military Launches Multiple Airstrikes Into Indian-Controlled Kashmir
The Pakistani military has launched multiple airstrikes from within its airspace across the Line of Control into Indian-administered Kashmir, Reuters reported Feb. 27.
READ MORE
India
Pakistan
The India-Pakistan Rivalry
South Asian Militancy
SITUATION REPORTMar 11, 2018 | 16:03 GMT
Russia: Hypersonic Missile Successfully Test-Fired, Ministry Says
The Russian Defense Ministry claims that it has successfully test-fired a hypersonic missile, the BBC reported March 11.
READ MORE
Russia
The U.S. and the Balance of Power
Echoes of the Cold War
AssessmentsJan 25, 2018 | 09:00 GMT 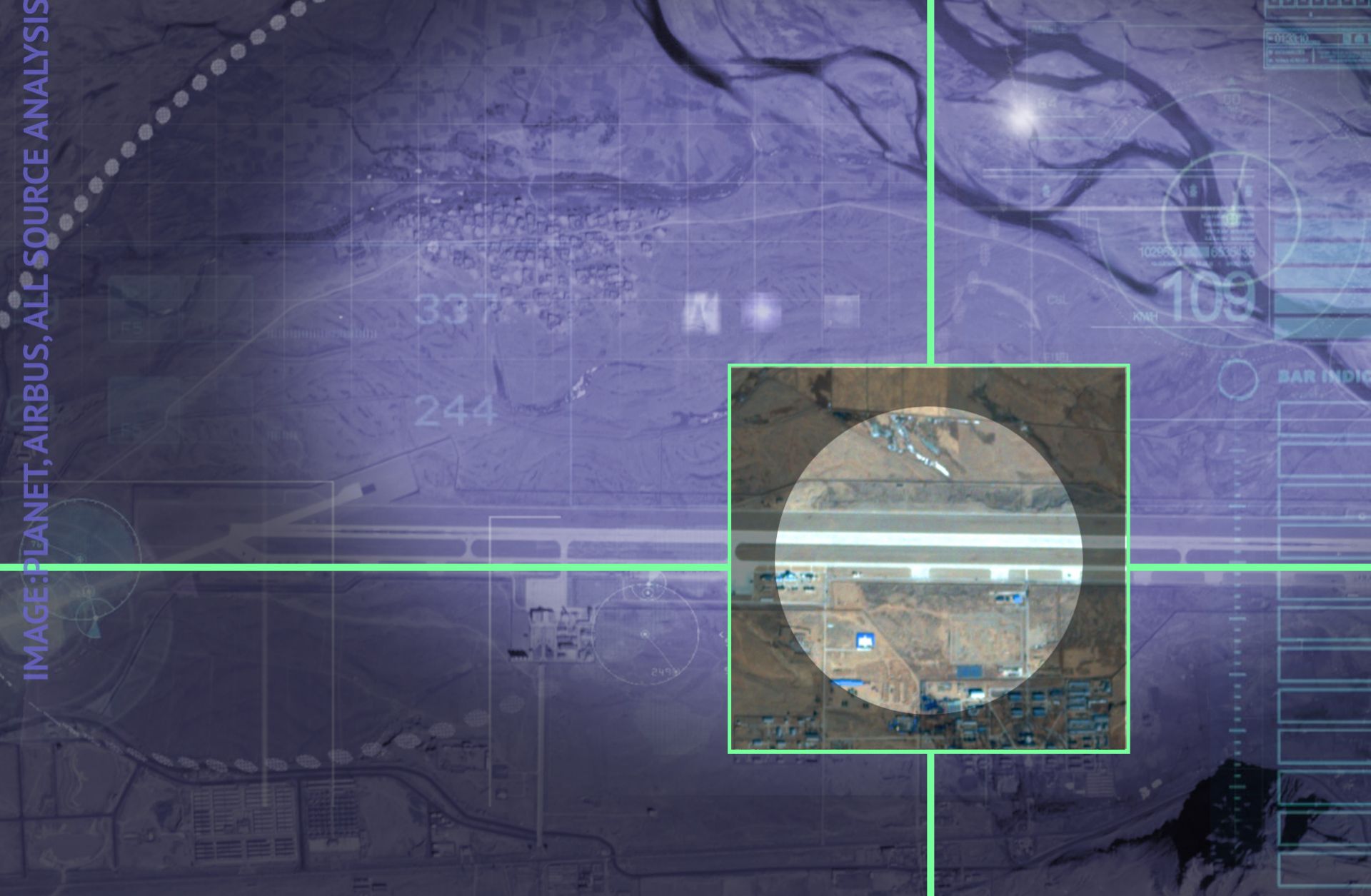 Preparing for a Rematch at the Top of the World
China and India faced off last year in a tense military standoff on the Doklam Plateau on the disputed Line of Actual Control high in the Himalayas. Although the impasse was temporarily resolved in late August through a negotiated drawdown, it has been clear all along that the Line of Actual Control will remain a contentious border because both countries will continue to seek an advantage in this difficult terrain.
READ MORE
China
Bhutan
India
Military
Modernizing China’s Military
Focal Points
SITUATION REPORTSep 20, 2017 | 14:59 GMT
Bulgaria: Officials To Meet With Russians To Discuss Fighter Jet Repairs
Bulgarian officials will meet with representatives from JSC Russian Aircraft Corp. MiG on Sept. 20 to discuss the repair of Bulgaria's aging MiG-29s, IntelliNews reported.
READ MORE
Bulgaria
Russia
Military
Politics
GraphicsApr 3, 2017 | 18:54 GMT

What Serbia's Presidential Election Won't Change
Even with a new president, tension between Serbia and neighboring Kosovo remains, which Russia could use to engineer a full-blown crisis in the Balkans.
READ MORE
Serbia
Kosovo
Russia
Security
Military
Politics
The Fight for Russia’s Borderlands
AssessmentsMar 28, 2017 | 09:00 GMT 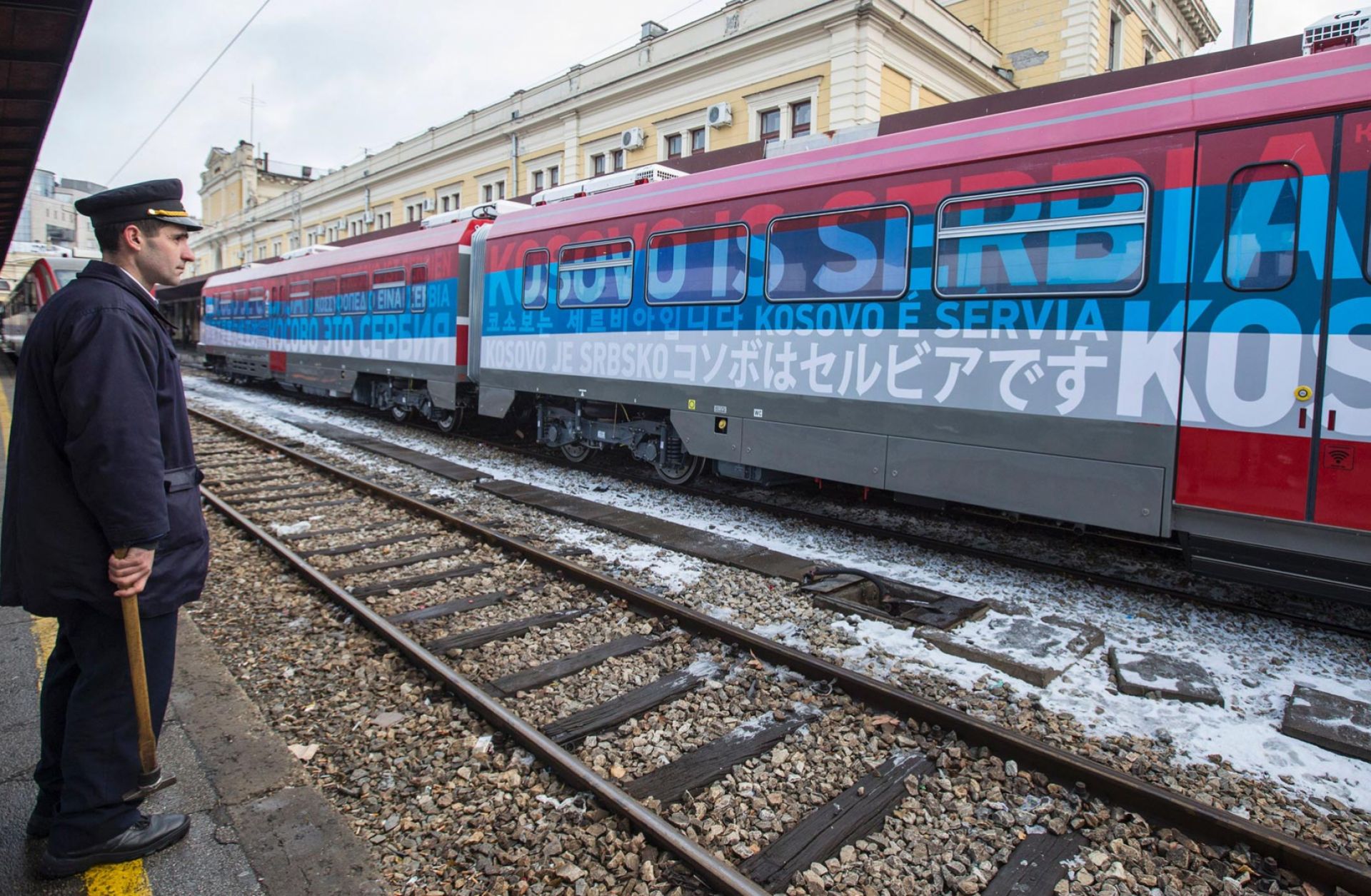 Russia Stirs the Hornet's Nest
Today, as the European Union's divisions deepen and uncertainty prevails among NATO, Moscow has turned its focus to the Balkans once more. The region's stability has been such a hot topic in Russian President Vladimir Putin's meetings with the Kremlin Security Council this year that the council's chief even said it was a top priority for Moscow. Incidents of Russia's meddling in the Balkans have been on the rise, meanwhile, raising questions about whether it will the next theater in Moscow's struggle against Western power and unity. After all, stoking tensions in Serbia, Montenegro, Bosnia-Herzegovina and Macedonia offers the Russian government a convenient means to increase its influence and further distract the West.
READ MORE
Russia
Military
Politics
Echoes of the Cold War
The Fight for Russia’s Borderlands
GraphicsFeb 17, 2017 | 19:20 GMT

India's Air Force Has No Shortage of Shortfalls
Procuring new aircraft and spare parts has been a laborious process for India, one with real-world consequences.
READ MORE
India
Military
India's Own Worst Enemy
AssessmentsFeb 15, 2017 | 09:15 GMT 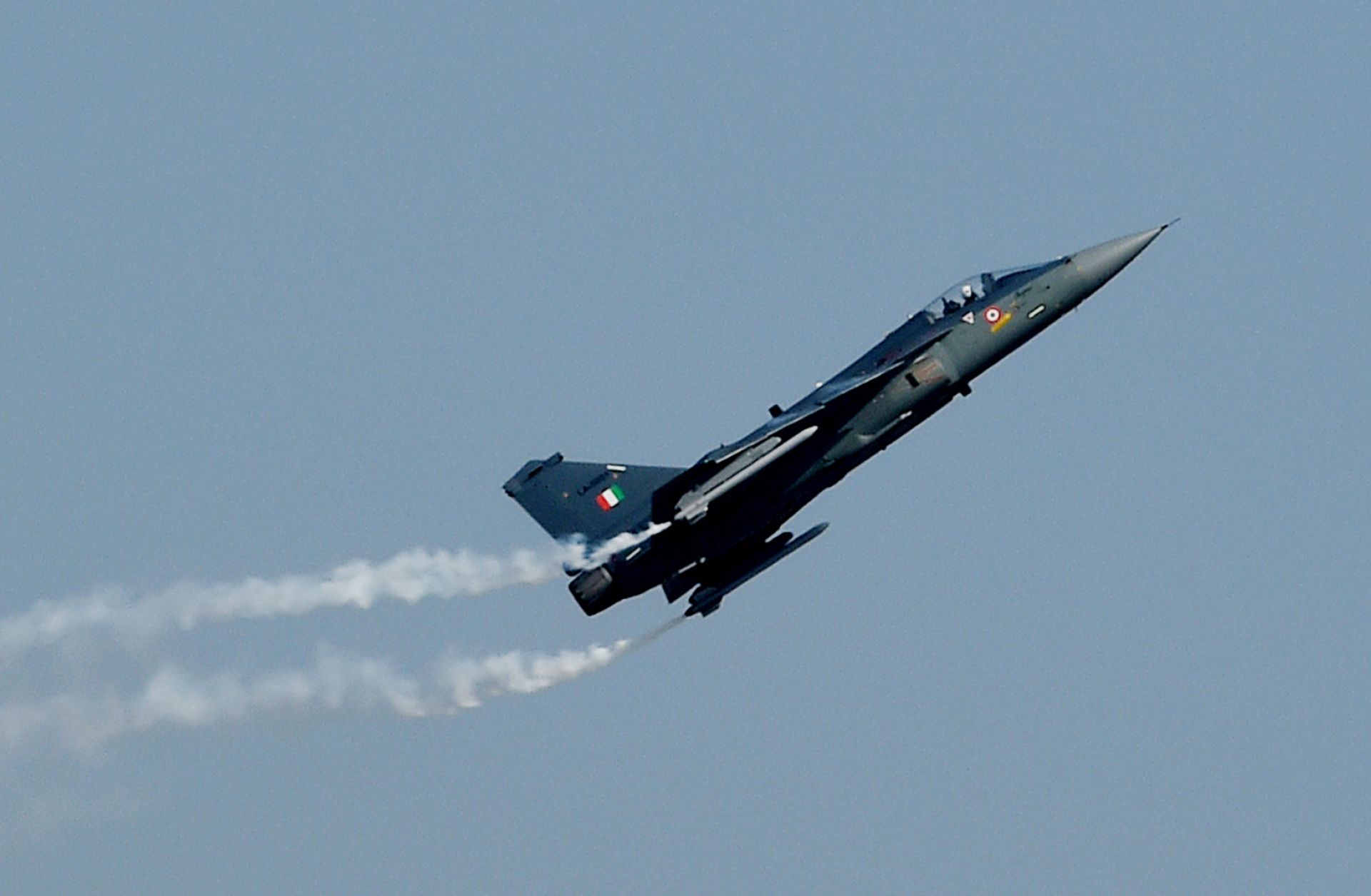 The Indian Military's March Toward Modernity
India has taken a military leap forward over the past decade. In 2012, it tested its first intercontinental ballistic missile, the Agni-V, now thought to be operational, and in August 2016, it commissioned its first nuclear-powered ballistic missile submarine, the INS Arihant, making it the first country from outside the permanent members of the U.N. Security Council to operate such a vessel. Its shipbuilding industry has also taken considerable strides, launching the India-constructed Kolkata-class destroyer starting in 2006 and the country's first domestically designed and built aircraft carrier, the INS Vikrant, in 2013. But despite those impressive feats, a number of key structural and systemic problems continues to hamper Indian military modernization and reform.
READ MORE
India
Military
The India-Pakistan Rivalry
AssessmentsDec 8, 2016 | 09:30 GMT 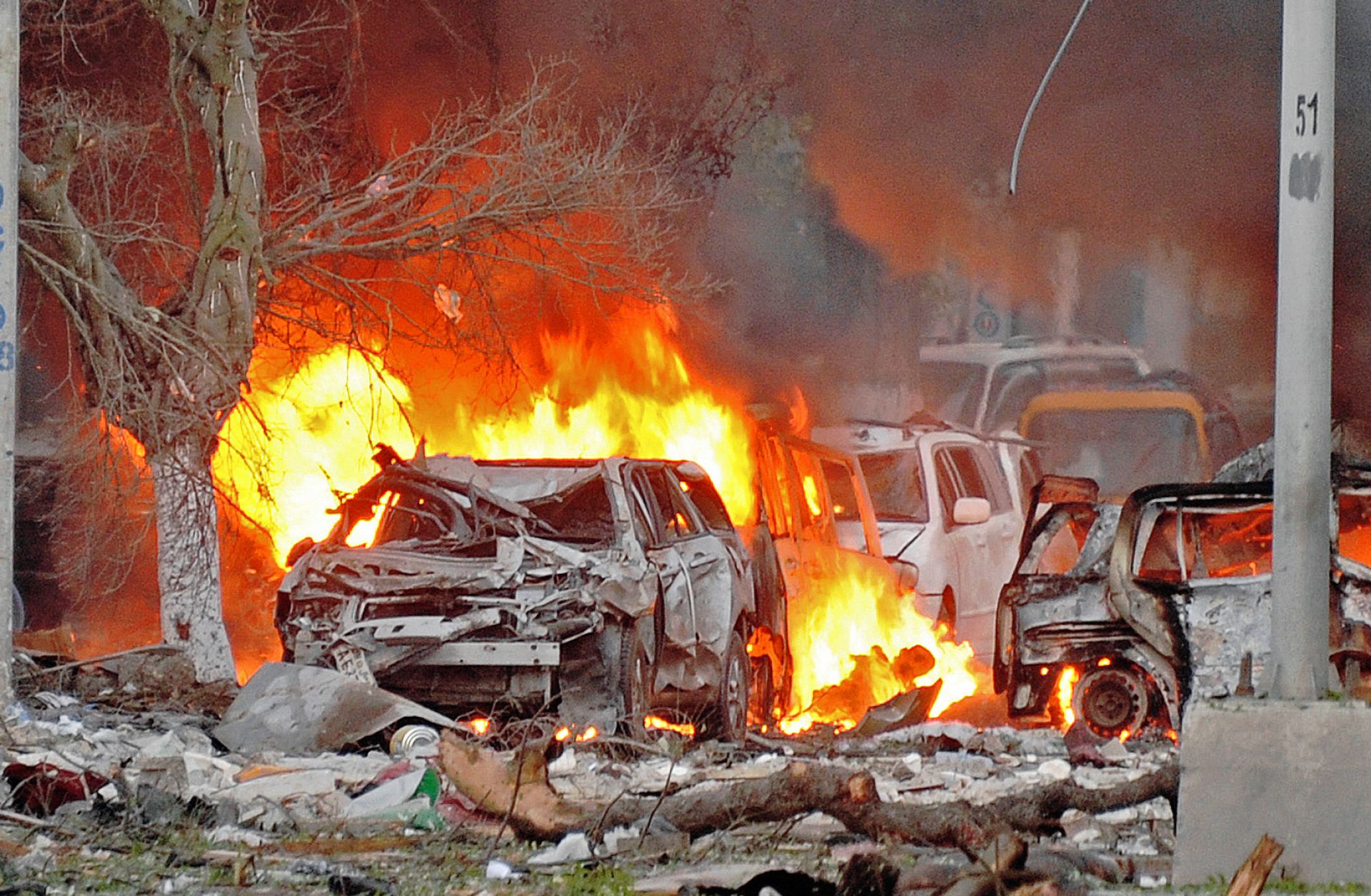 The Rise and Fall of the Somali State
Somalia is often perceived as the quintessential failed state, perpetually ripped apart by internal conflict and competing clan structures, but this has not always been the case. The country's civil war, which has been raging for almost three decades, was preceded by an era in which Somalia was, in fact, a strong regional actor. However, the Somali state eventually fell victim to its own regional ambitions and broader Cold War competition, leading to the disintegration of its institutions. Even now, as the country rebuilds basic governing structures and struggles to establish physical control over its territory, Somalia is far from self-sufficient in economic or security matters. The damage incurred during the collapsing reign of its longtime strongman, Maj. Gen. Mohamed Siad Barre, continues to undermine Somali stability, exposing significant deficiencies in the state that have yet to be repaired.
READ MORE
Ethiopia
Kenya
Somalia
Egypt
Security
Politics
East African Integration
AssessmentsMay 24, 2016 | 09:00 GMT 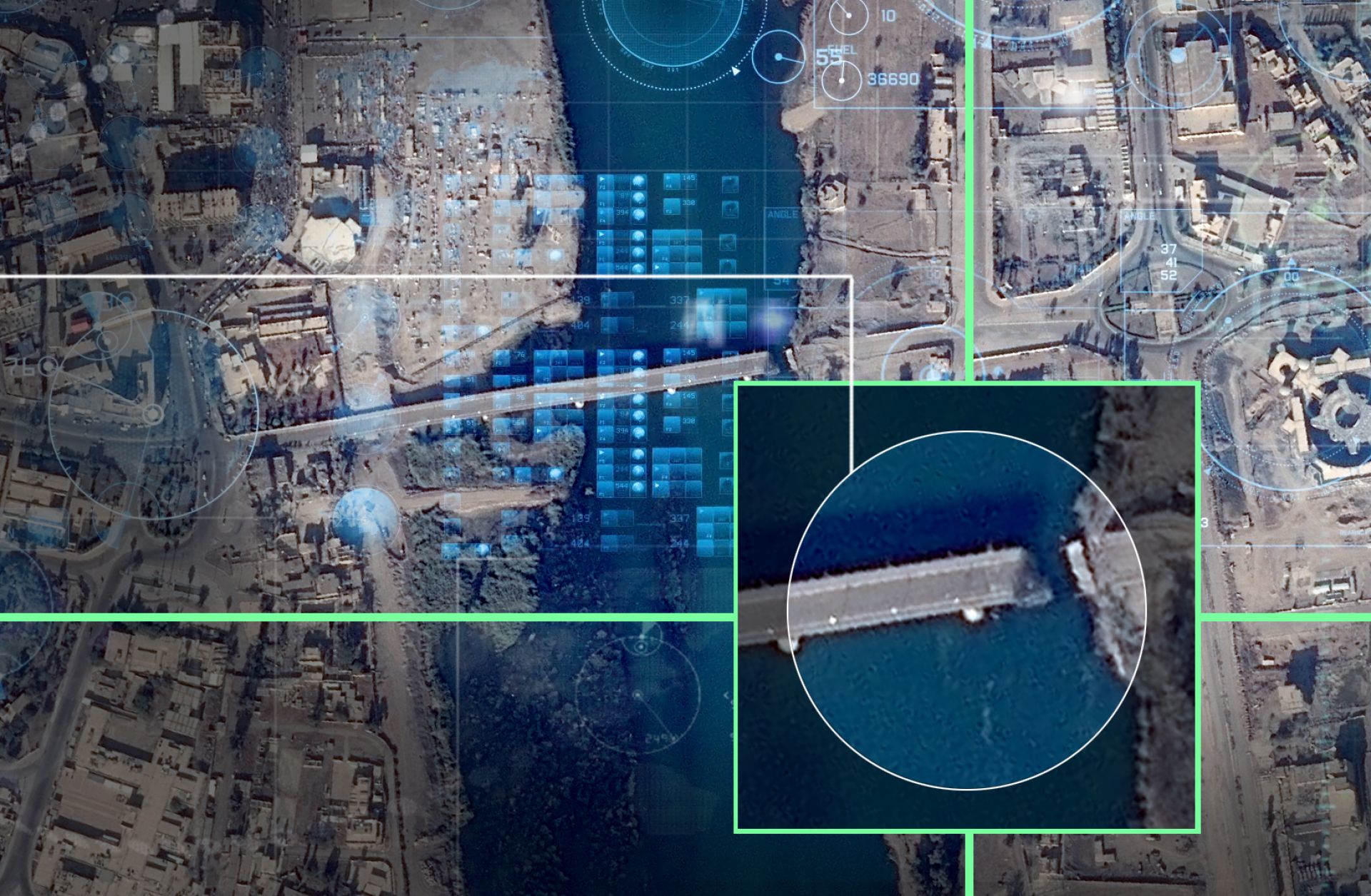 Discerning Damage to a Crucial Syrian Air Base
In war, even the most advanced aircraft can be shot down, special operations forces can be ambushed, and well-defended airports and army bases can be shelled and weakened from afar by simple, indirect-fire weapons. Such was the case in an attack claimed by the Islamic State on a strategic loyalist air base in central Syria. Satellite imagery acquired by Stratfor in partnership with AllSource Analysis verifies that the T4 air base was severely damaged by an Islamic State artillery attack. In particular, four Russian Mi-24 attack helicopters appear to have been destroyed.
READ MORE
Russia
Syria
Security
Military
Focal Points
AssessmentsJan 27, 2016 | 09:01 GMT 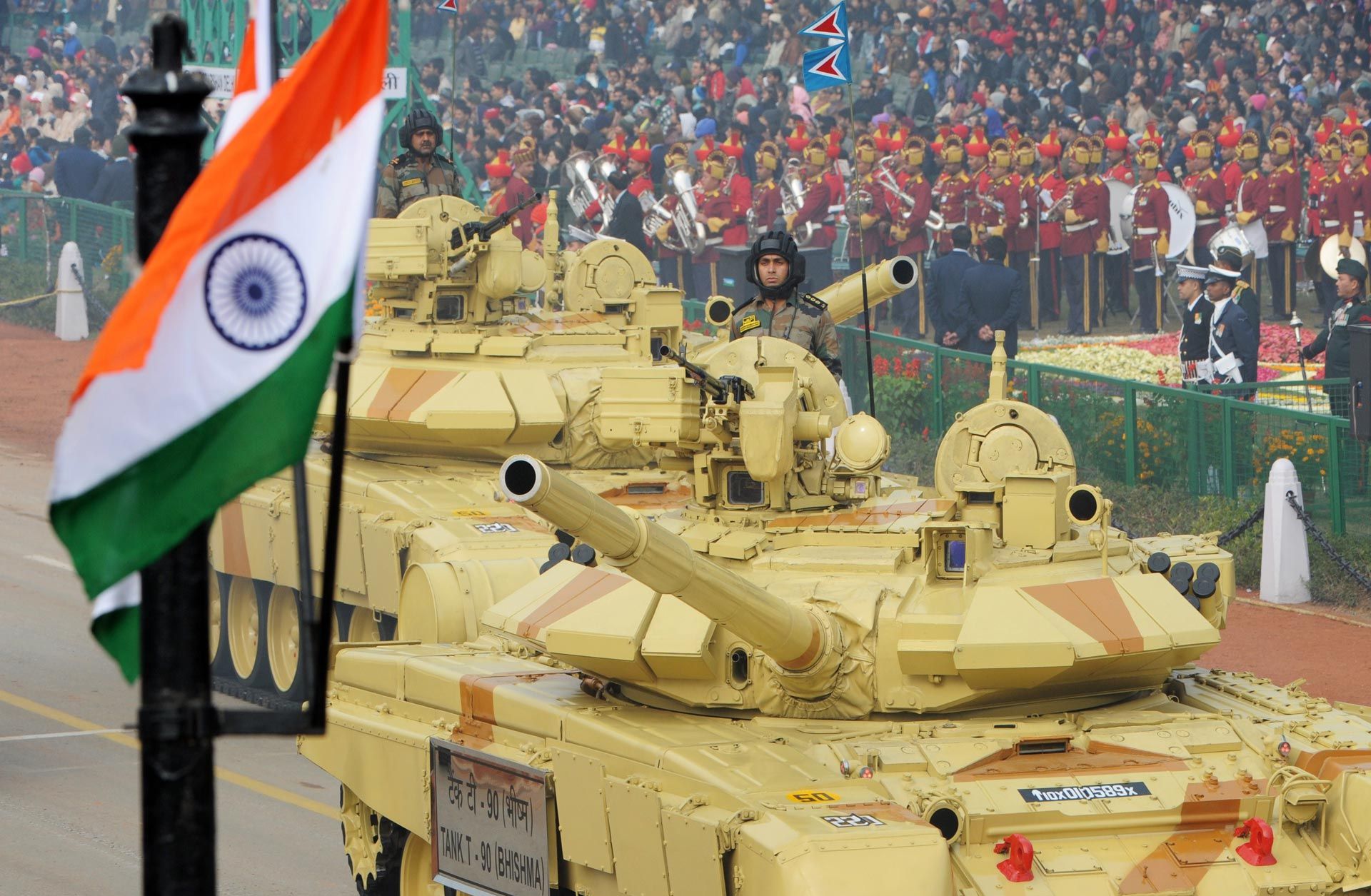 How Losing India's Business Could Ruin Russia's Defense Industry
India is the world's largest defense importer, accounting for 15 percent of all global imports over the past five years. However, the primary source of these weapons may soon change. Russia has long had privileged access to the Indian market, providing some 70 percent of India's weapons in volume over the last half decade. However, even as India invests heavily in upgrading and modernizing its armed forces, several pending deals between Moscow and New Delhi have stalled.
READ MORE
United States
Japan
Russia
Israel
India
Economics
Military
Politics
Russia's Internal Struggle
AssessmentsDec 12, 2015 | 01:13 GMT 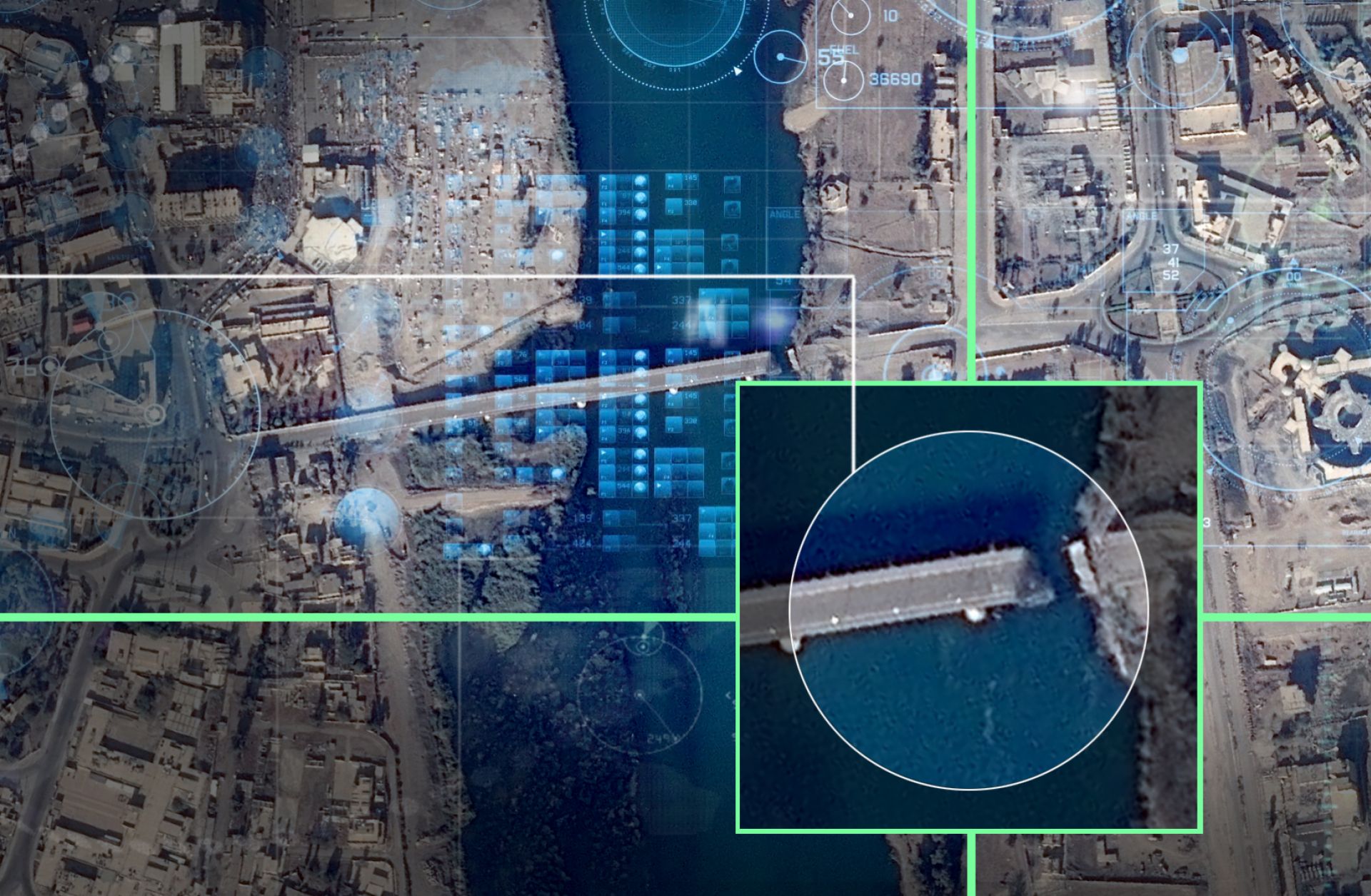 Russia Boosts Its Air Assets in Syria
Satellite imagery obtained through our partners at AllSource Analysis show the continued hectic Russian presence at Bassel al Assad air base. An Su-24 can be seen on the runway ready for take off, while what appears to be an Il-20 Coot spy plane is taxiing around the air base. In addition to the Su-25, Su-24, Su-30 and Su-34 aircraft previously deployed to Bassel al Assad, we see more Su-34 aircraft that have recently arrived as reinforcements from Russia. The Su-34 is a more capable strike aircraft than the Su-24, the type that the Turkish air force recently shot down. The Su-34, with a more expansive air-to-air capability, is therefore better able to defend itself relative to the Su-24.
READ MORE
Russia
Syria
Military
Politics
Focal Points
AssessmentsNov 24, 2015 | 19:47 GMT 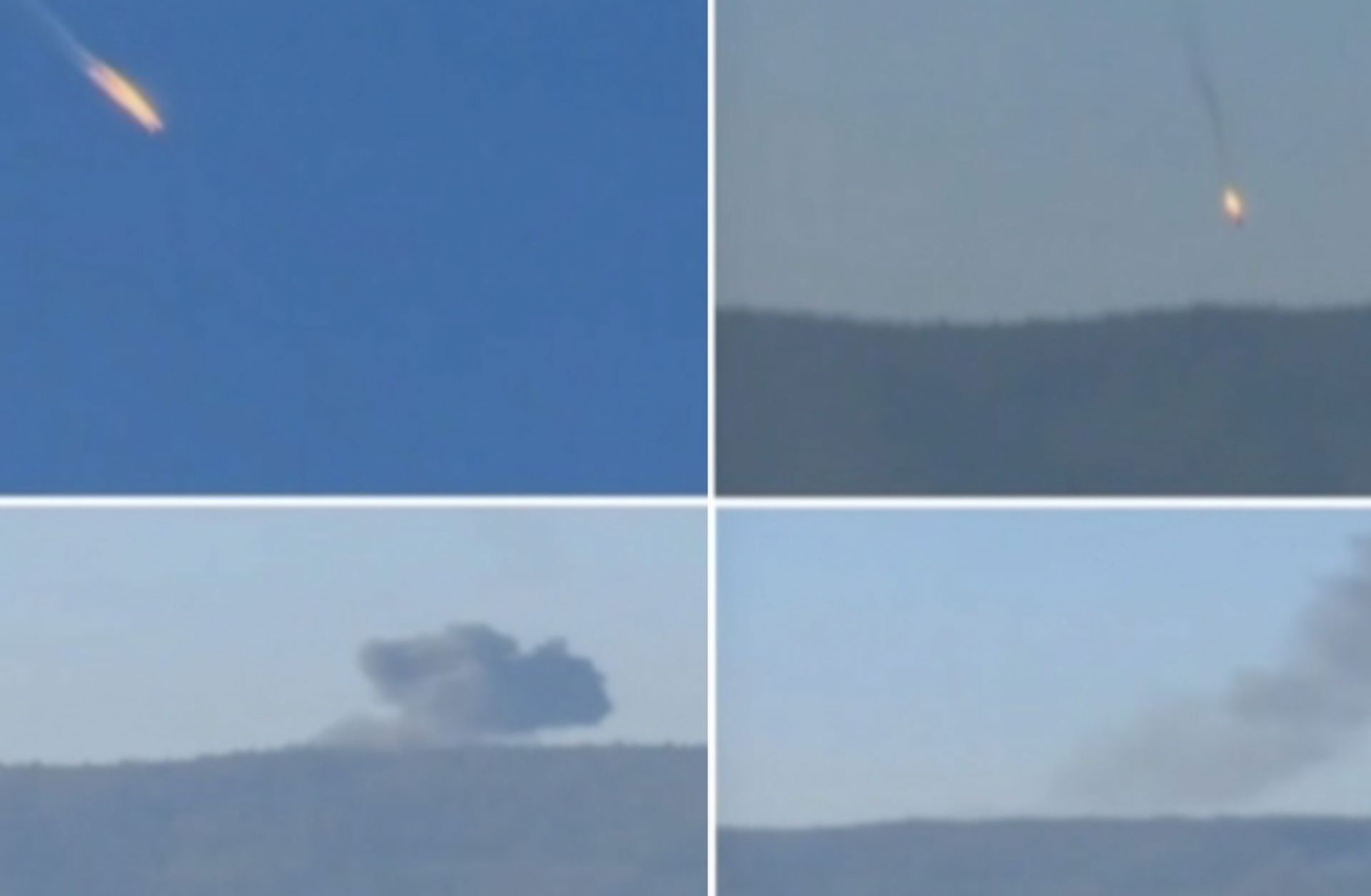 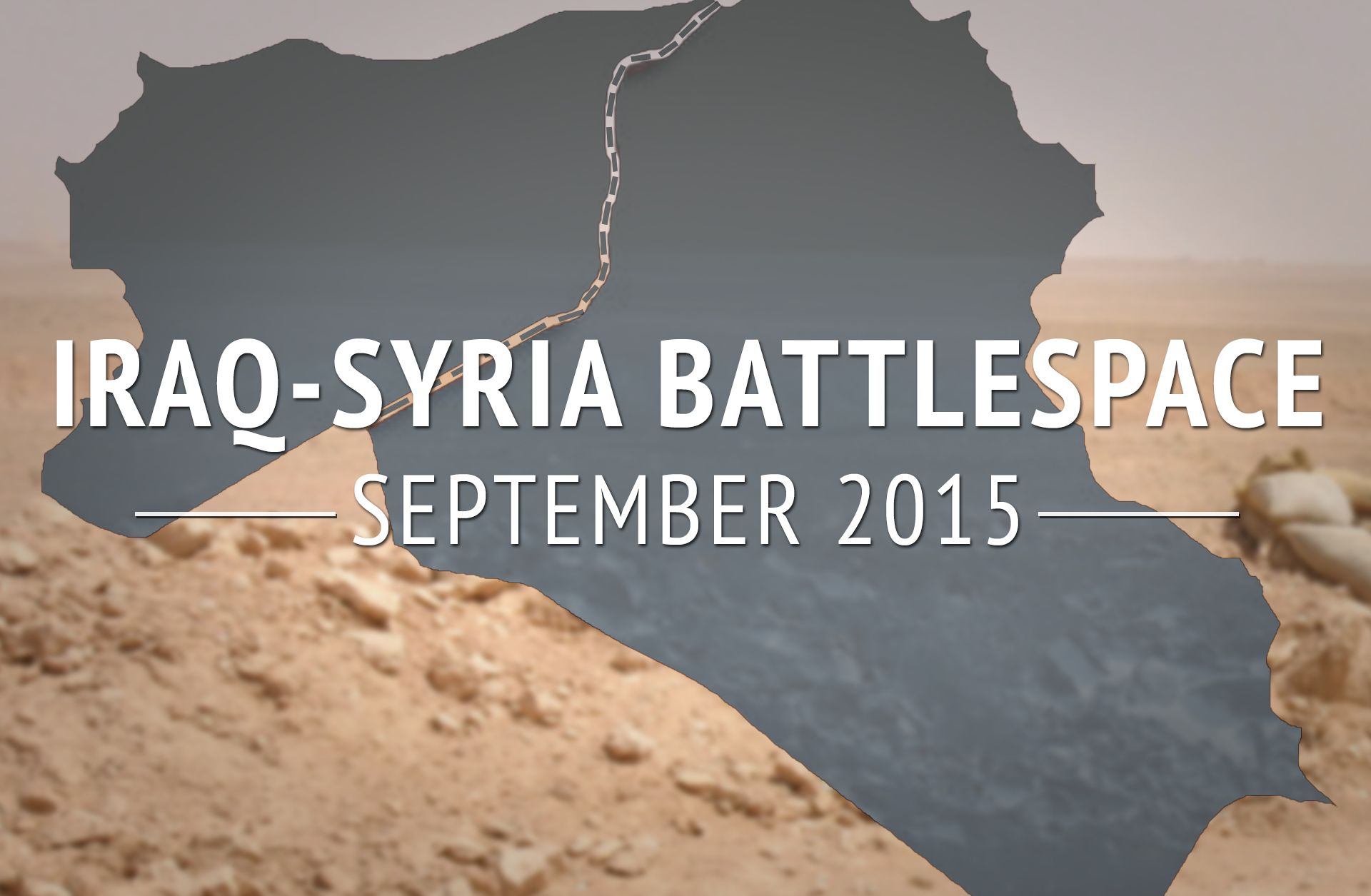 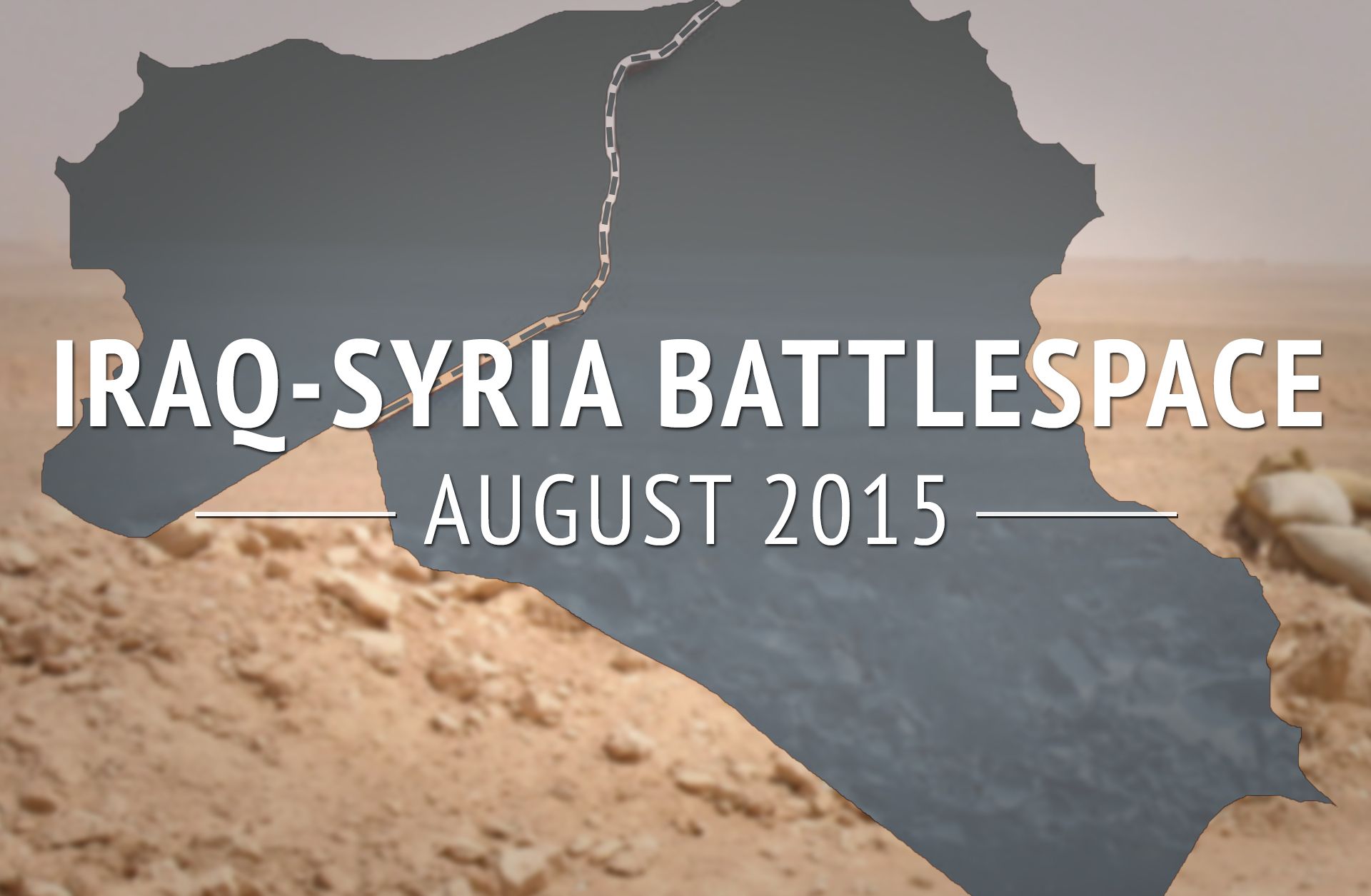 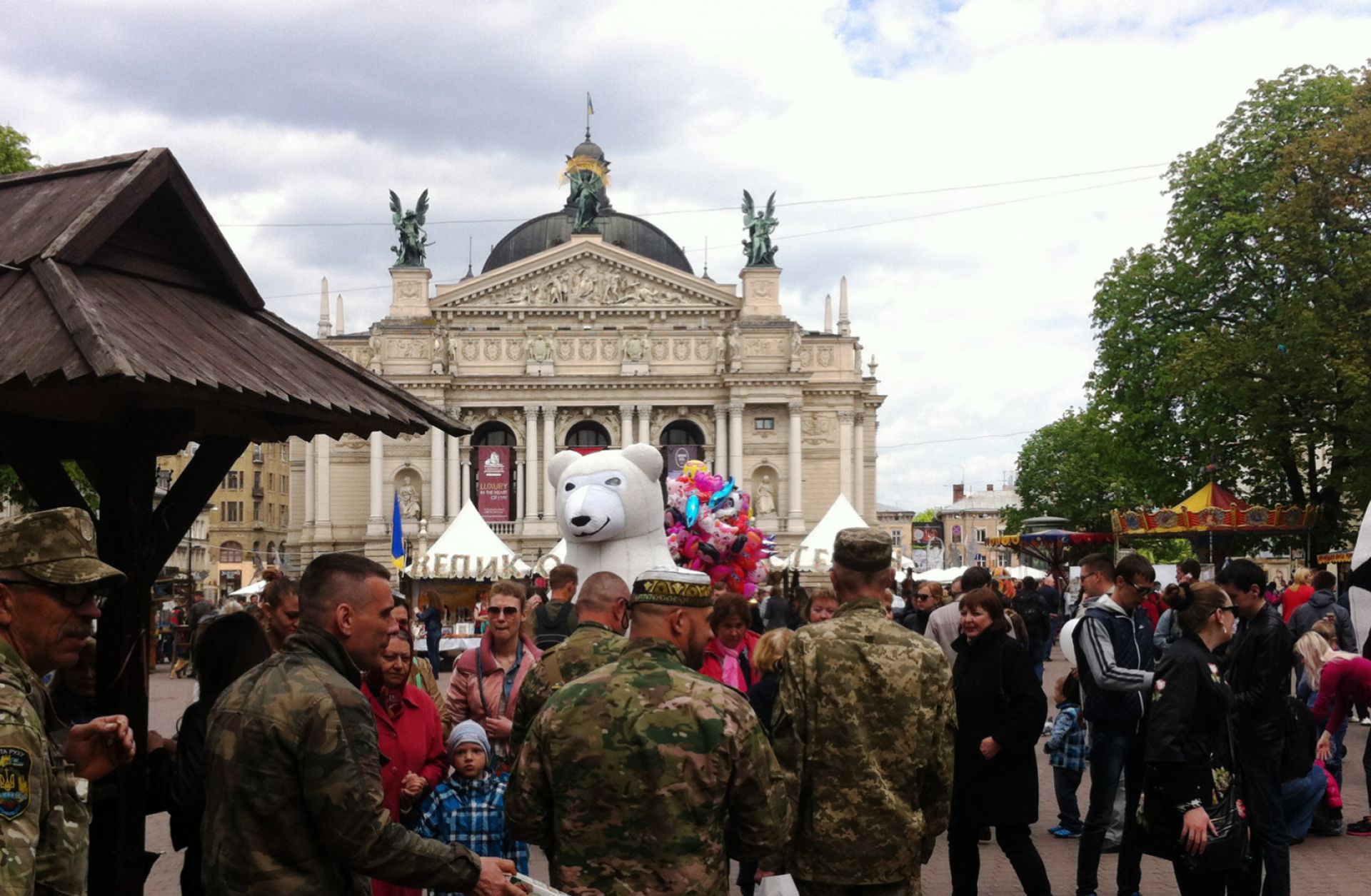