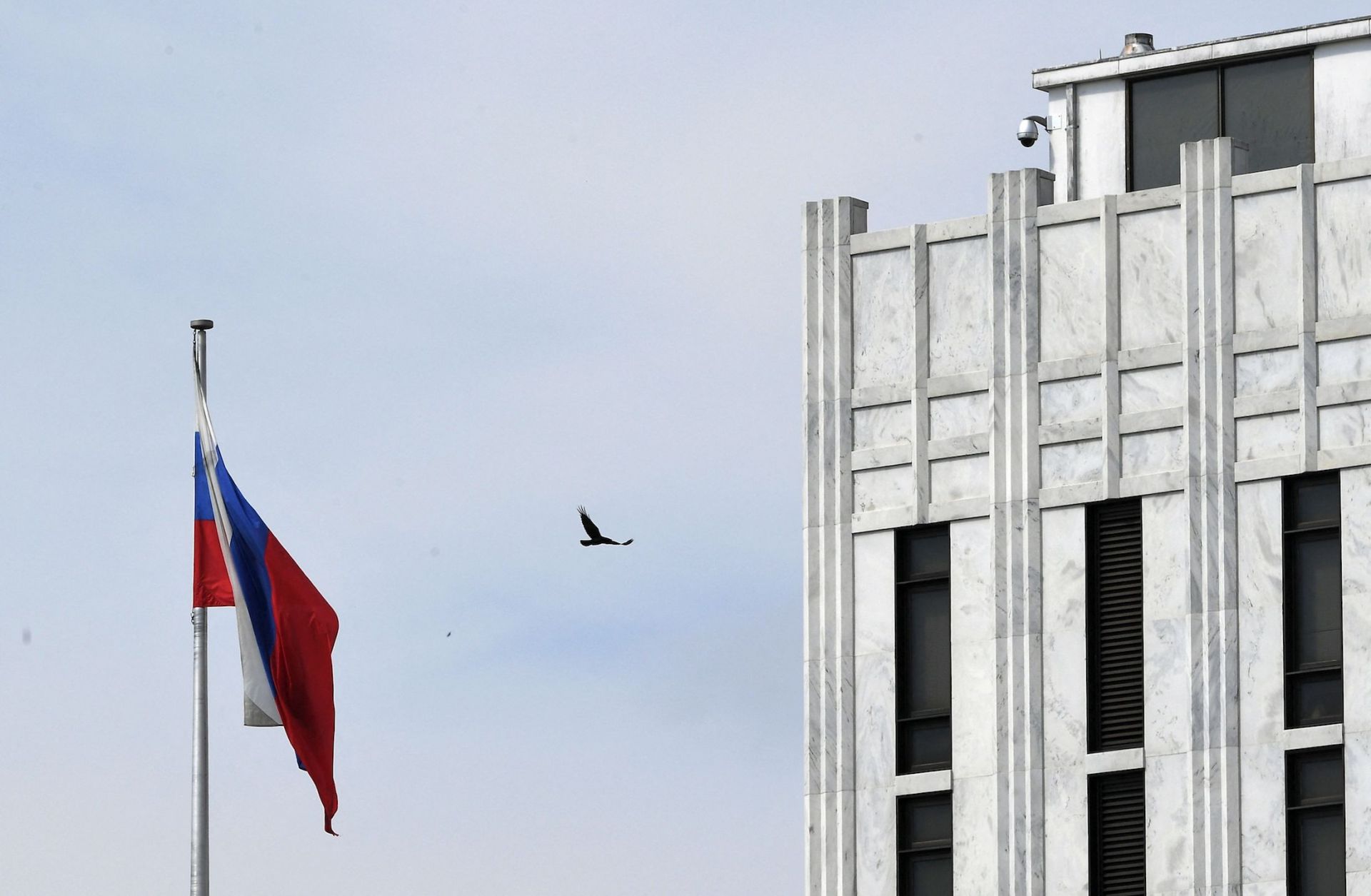 More U.S. Sanctions Portend Russian Retaliation
New U.S. sanctions on Russia will worsen the two countries’ already fraught relations and compel the Kremlin to respond to what it will perceive as an escalation. On April 15, the administration of U.S. President Joe Biden announced new sanctions on Russian financial markets, individuals and entities in response to Russia’s involvement in the 2020 SolarWinds cyberattack, attempted interference in the 2020 U.S. presidential election, and ongoing occupation of Crimea. These new sanctions follow those that the United States and European Union imposed in March over Russia’s attempted assassination and subsequent jailing of opposition leader Alexei Navalny. At the time, the Biden administration pledged to impose separate penalties for grievances specific to the United States, including the SolarWinds cyberattack and election interference.
READ MORE
United States
Ukraine
Russia
Security
Economics
Politics
Cybersecurity
The Ukraine Conflict
The U.S. and the Balance of Power
Russia's Internal Struggle
AssessmentsApr 14, 2021 | 19:16 GMT 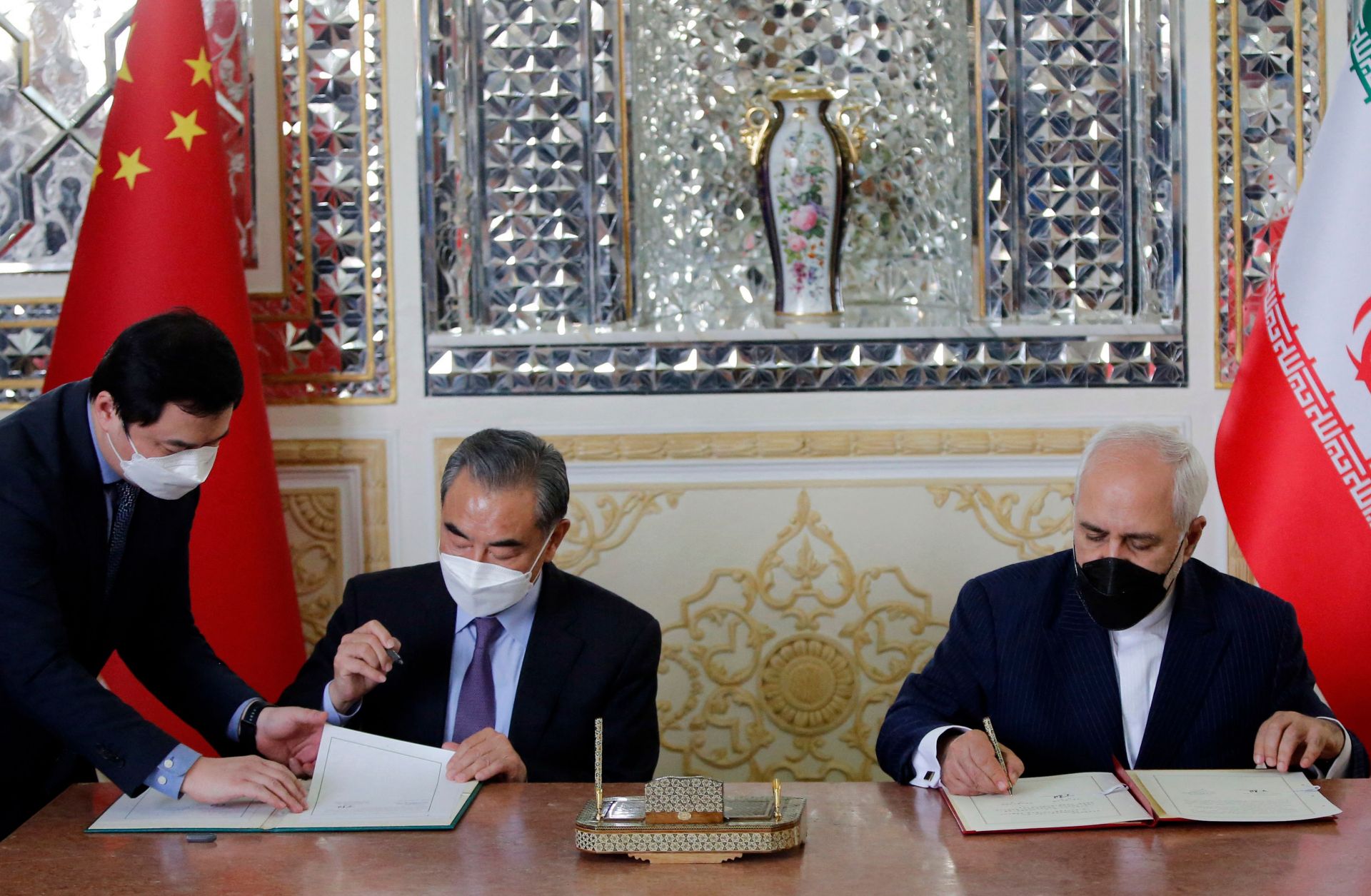 Iran Will Pursue Its New China Partnership With Caution
Iran’s strategic partnership with China will lead to increased security and economic cooperation, but Tehran will avoid fully siding with Beijing for fear of becoming too dependent on a single partner and alienating itself from the West. The March 27 signing of their 25-year Comprehensive Strategic Partnership is reflective of the mutual interest between Tehran and Beijing, including collaboration on Belt and Road Initiative (BRI), as well as on energy and defense matters. But Iran loathes becoming strategically dependent on any power and will seek to balance its partnership with China with improving ties to Western countries, to ensure Tehran remains as a “neither East, nor West, Islamic Republic,” as Supreme Ayatollah Ruhollah Khomeini put it.
READ MORE
United States
China
Europe
Iran
U.S.-China Relations
U.S.-Iran Relations
Security
Economics
Military
Politics
Iran's Arc of Influence
The New Silk Road
Modernizing China’s Military
China in Transition
PodcastsApr 14, 2021 | 03:00 GMT 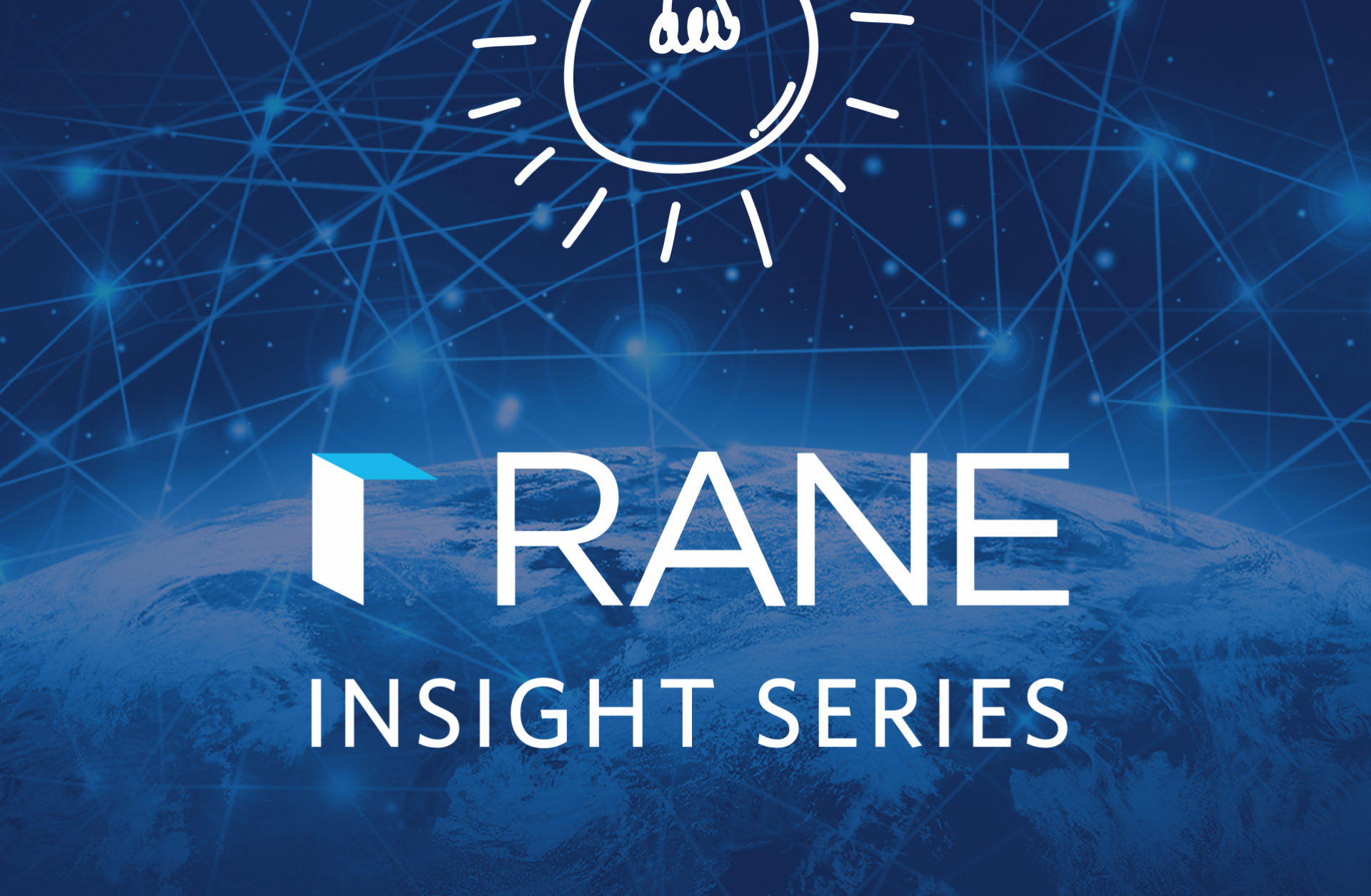 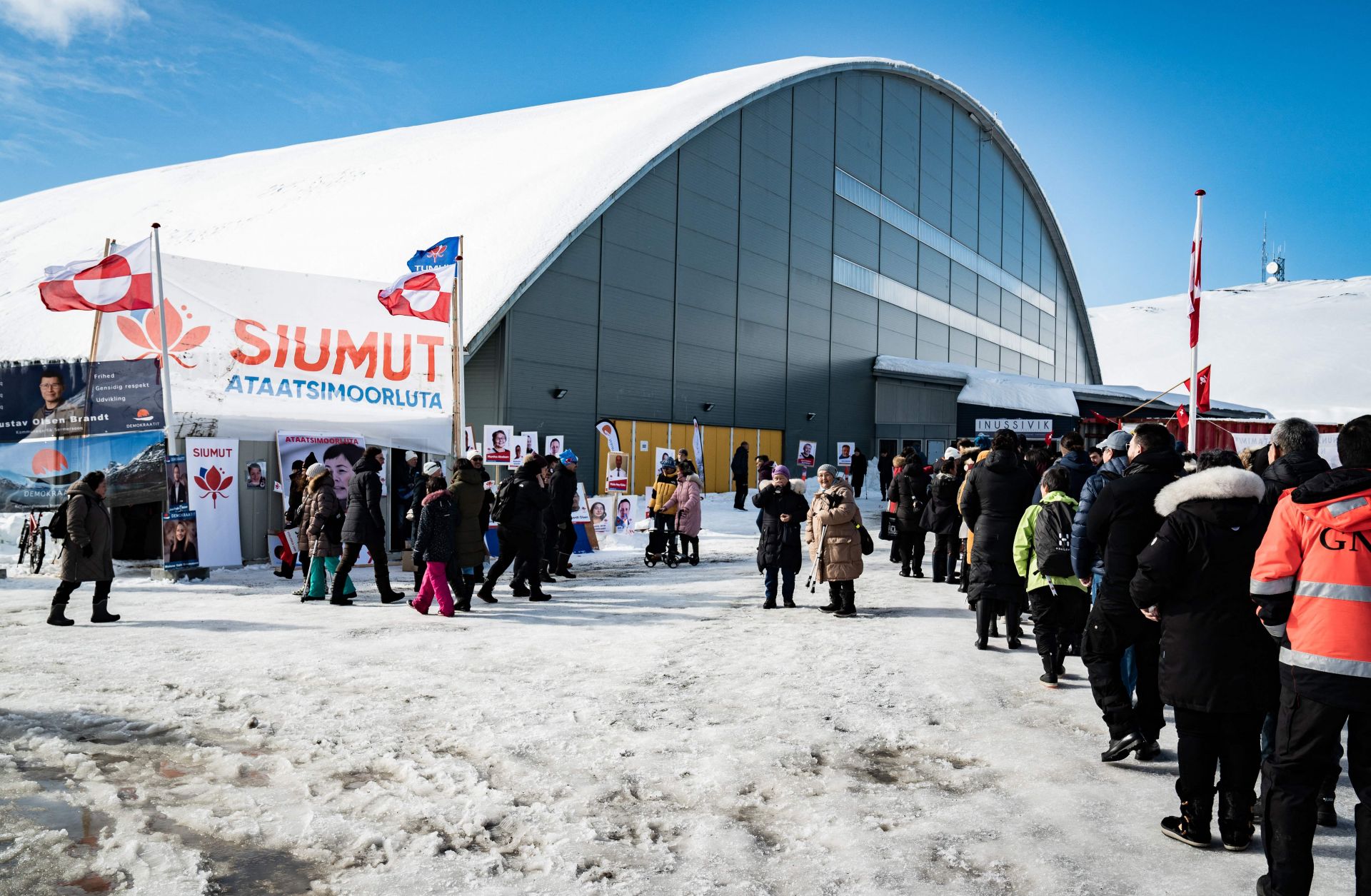 Pro-Environment Politics Won’t Deter Demand for Greenland's Resources
The appointment of an environmentalist government will temporarily delay mining operations in Greenland. But a combination of economic needs, pressure from great powers and opportunities created by climate change will result in growing international competition to exploit the island’s natural resources. Greenland is an autonomous territory within the Kingdom of Denmark. The left-wing environmentalist Inuit Ataqatigiit (IA) party won an April 6 parliamentary election on the island with roughly 37% of the vote, while the center-left Siumut party came in second with around 29% of the vote. While Greenland controls most of its own policy areas, its currency, defense and foreign policies are decided by Denmark. Greenland’s strategic position between North America, Europe and the Arctic explains foreign powers’ historic interests in the island. More recently, the prospect of vast mineral resources, including rare earth elements (a key component in high-tech products from smartphones to electric vehicles and defense equipment)
READ MORE
United States
Greenland
China
Europe
Denmark
Supply Chains
Economics
Politics
Environmental Issues
AssessmentsApr 12, 2021 | 21:58 GMT 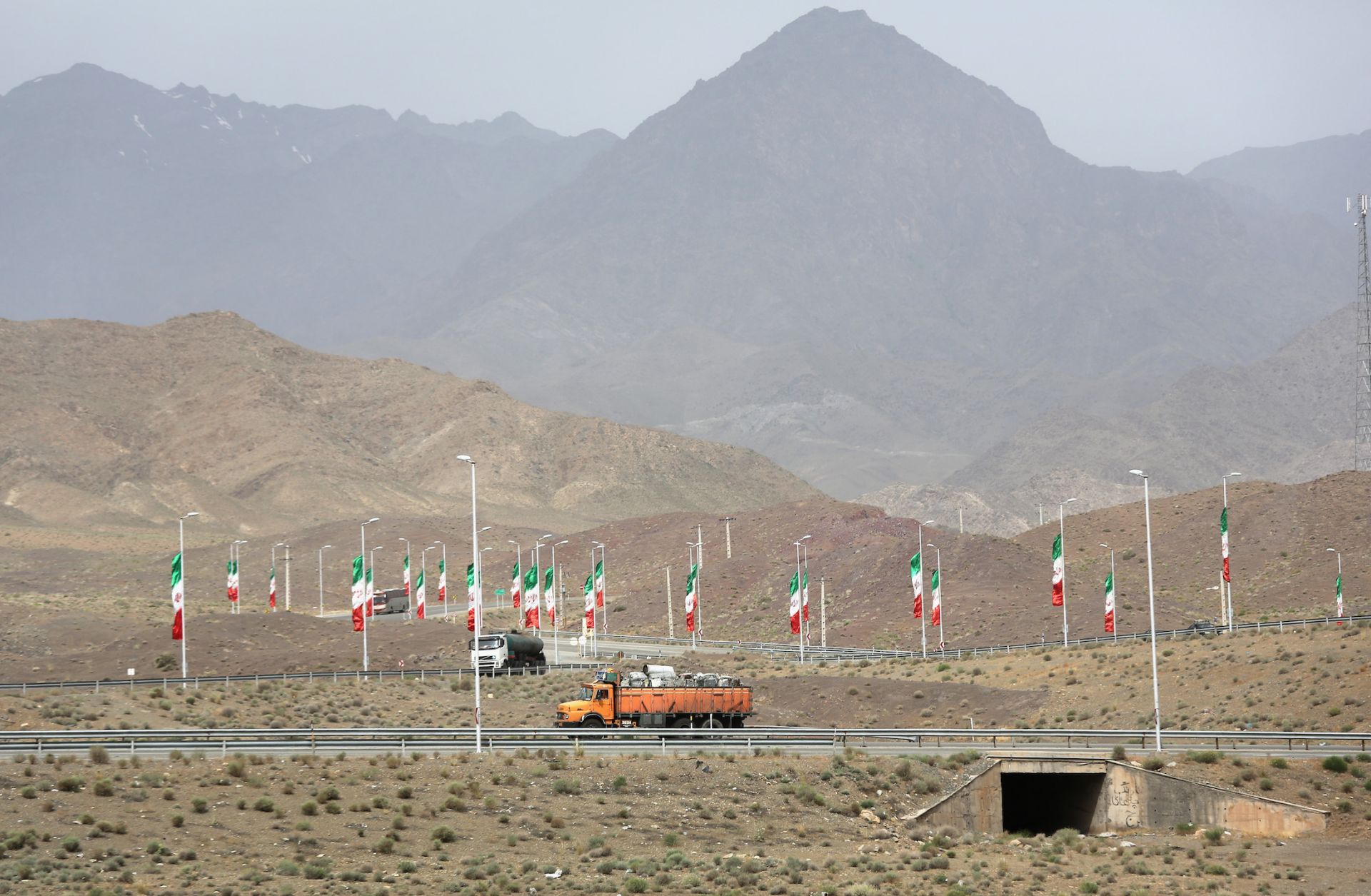 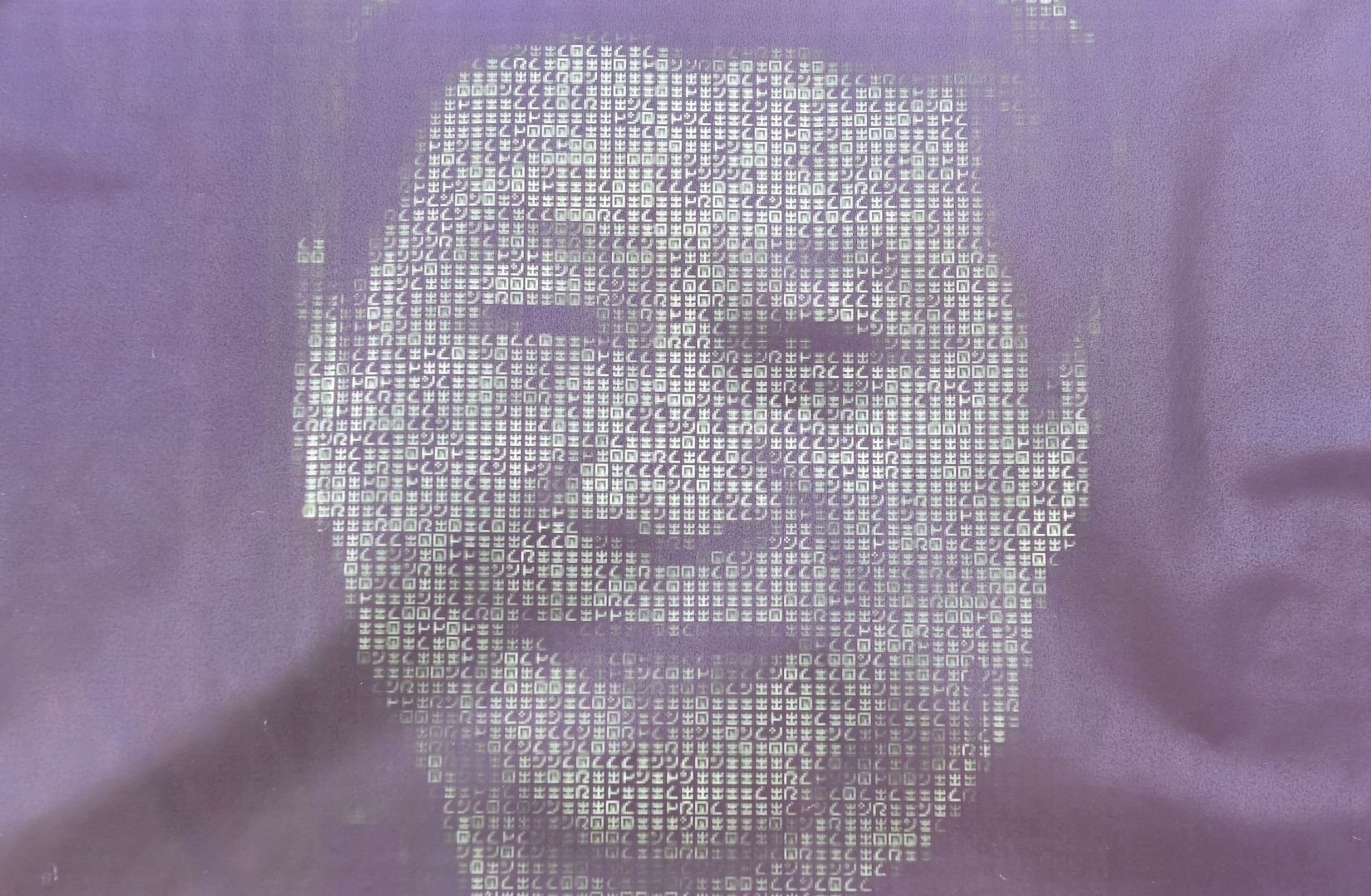 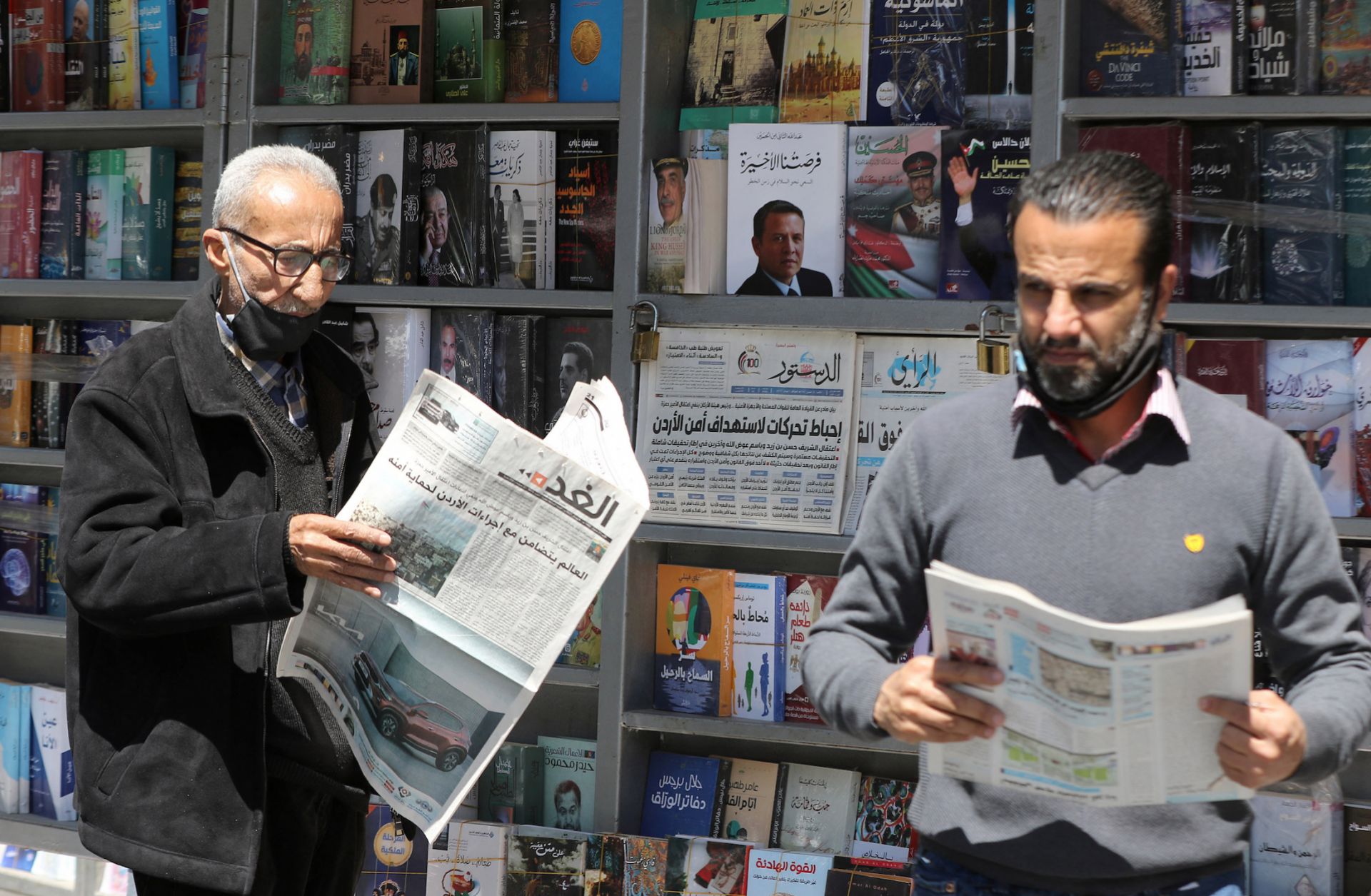 In Jordan, Private Royal Grievances Go Public
In Jordan, the arrest of a former crown prince reveals a kingdom uncertain of how to address its pandemic-induced economic crisis, which could harm Jordan’s reputation for stability if the monarchy fails to deter further high-profile displays of dissent from its own family members, as well as the general public. On April 3, Jordanian authorities arrested 20 people for an alleged plot to overthrow the government deemed to be a “threat to the country’s stability.” The most high-profile of the arrests include the former crown prince and half-brother of Jordan’s King Abdullah II, Hamzah bin Hussein, and his mother, who were both reportedly under house arrest as authorities conduct an investigation. Prince Hamzah released a video late on April 3 to the BBC claiming he was being silenced because he spoke out about corruption in Jordan and the “incompetence that has been prevalent in our governing structure for the last
READ MORE
Jordan
COVID-19
Economics
Politics
On GeopoliticsApr 5, 2021 | 09:00 GMT 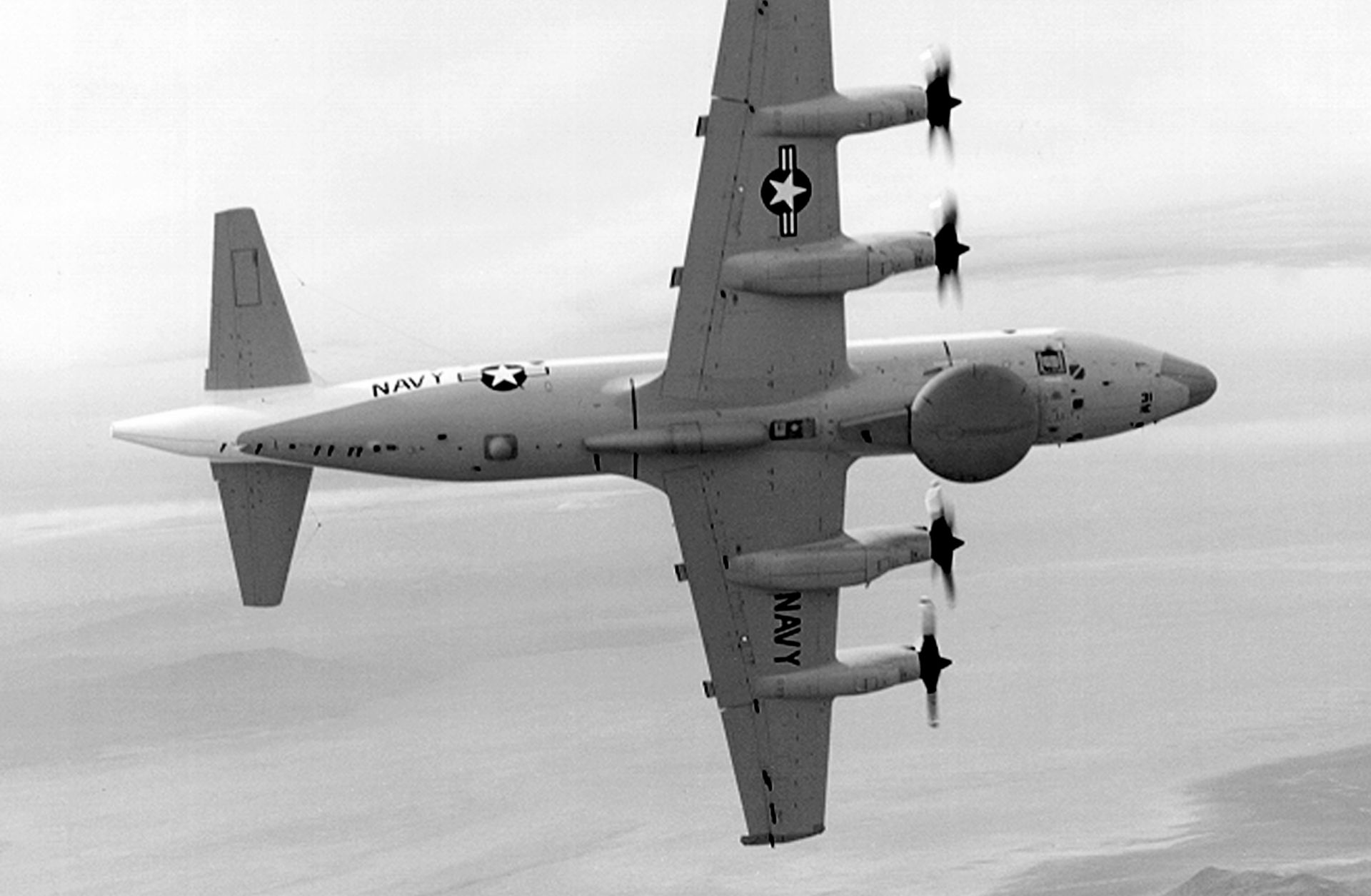 The U.S. and China, 20 Years After the Hainan EP-3 Incident
Twenty years ago, the United States and China faced off after a collision of military aircraft. The events of 9/11 rapidly reprioritized Washington's attention several months later, providing Beijing two decades to manage internal problems and reshape its foreign posture. As the United States is once again defining China as a strategic competitor, it does so opposite a China much stronger, more capable and more confident than it was in 2001.
READ MORE
United States
China
U.S.-China Relations
China in Transition
SITUATION REPORTApr 1, 2021 | 22:10 GMT
China: March Economic Data in
Official and privately compiled figures showed economic expansion in March. Specifically, the official Purchasing Managers Index for manufacturing was up slightly to 51.9 from 50.6 in February. Nonmanufacturing PMI, which includes services and construction, was up to 56.3 after a 51.4 reading a month earlier. Meanwhile, the privately compiled IHS Market-Caixin PMI had its lowest reading in a year, dropping from 50.9 to 50.6.
READ MORE
China
SITUATION REPORTApr 1, 2021 | 21:39 GMT
Taiwan: TSMC Invests $100 billion in an Effort to Expand Production
Taiwan Semiconductor Manufacturing Company announced on April 1 it was planning $100 billion of investment over the next three years to expand chip production amid a global shortage.
READ MORE
Taiwan
Technology
Environmental Issues
SITUATION REPORTApr 1, 2021 | 21:01 GMT
Hong Kong, United States: Biden Administration Reaffirms Trump Decertification of Hong Kong Autonomy
The U.S. Department of State has declined for a second time to certify Hong Kong's special status to congress as part of its required Hong Kong Policy Act Report, U.S. Secretary of State Anthony Blinken announced March 31.
READ MORE
United States
Hong Kong SAR, China
U.S.-China Relations
The U.S. and the Balance of Power
China in Transition
PodcastsMar 31, 2021 | 19:10 GMT 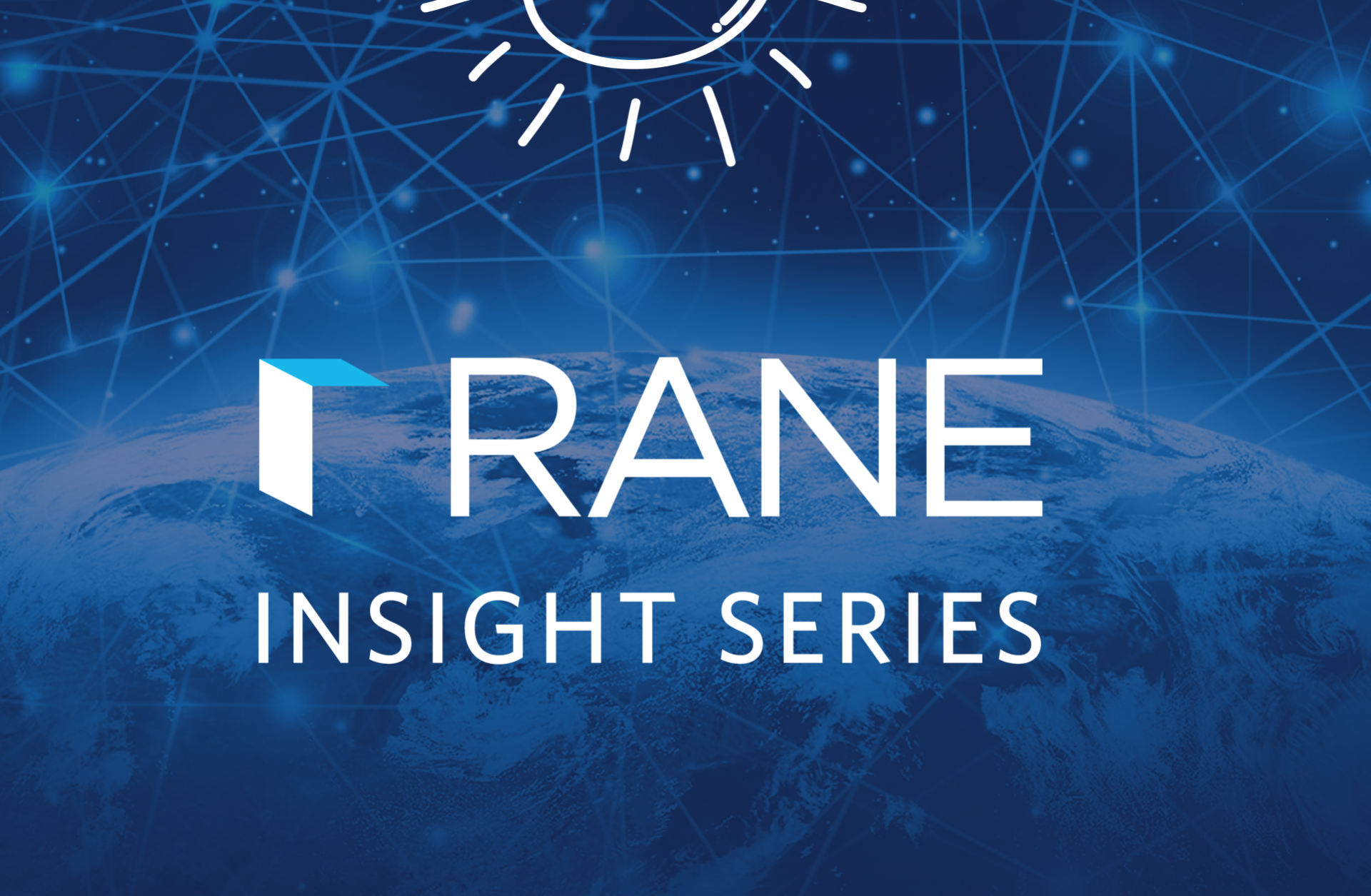 RANE Insights: When a Good Defense Isn't Enough. Going on the Cyber Offense
In this episode of the RANE Insights podcast, RANE founder David Lawrence speaks to an expert panel about the emerging risk and opportunities, and potential consequences of going on the cyber offense.
READ MORE
United States
Technology
Security
Cybersecurity
AssessmentsMar 31, 2021 | 14:52 GMT 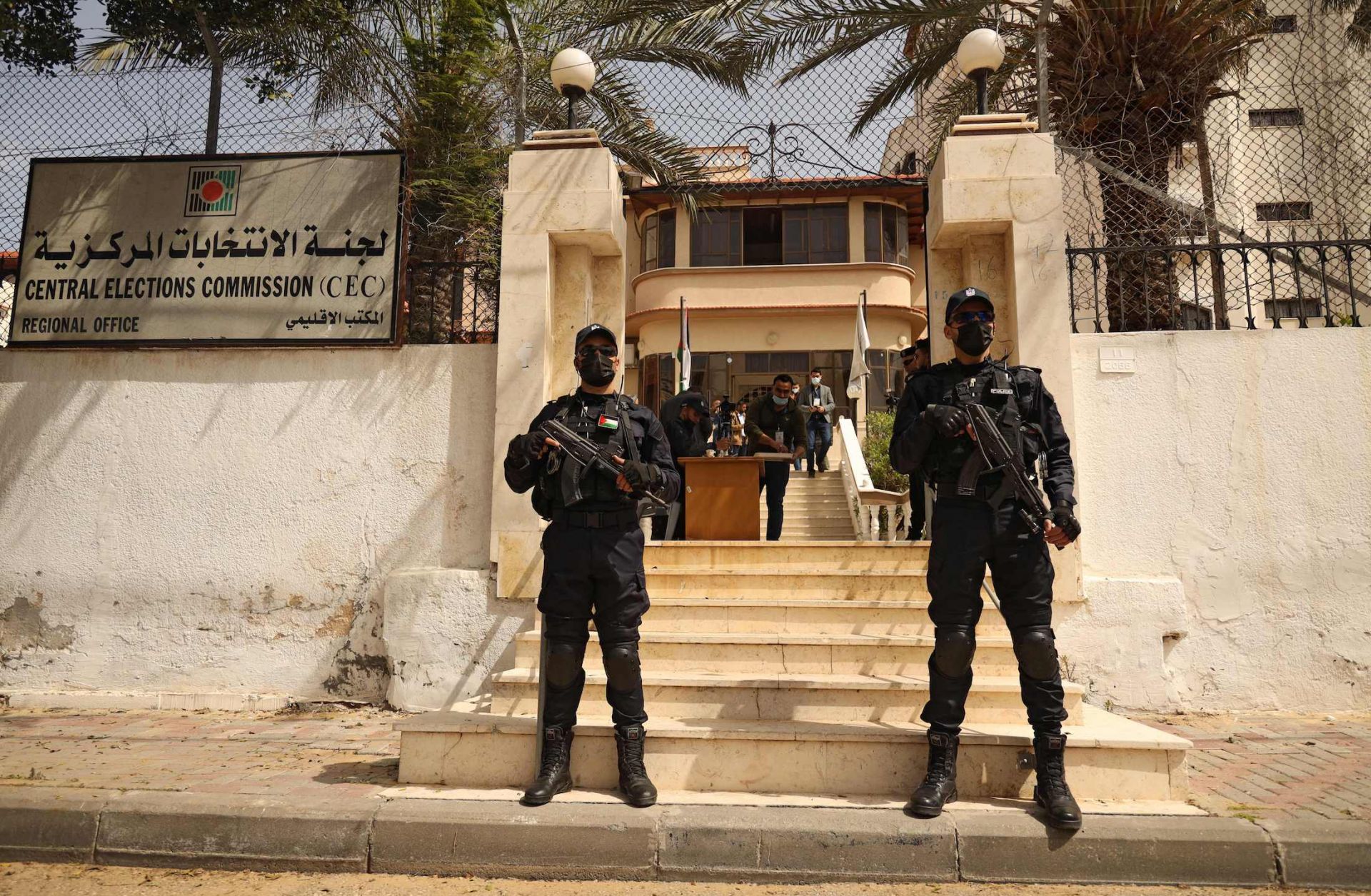 Hamas and Fatah Promise Palestinians Elections, but Can They Deliver?
Hamas and Fatah are promising elections to improve their legitimacy after years of political stalemate, but may not be able to deliver, which would deepen the Palestinian territories' economic, political and social crises and add to its international isolation.
READ MORE
Israel
Palestinian Territories
SnapshotsMar 30, 2021 | 18:50 GMT 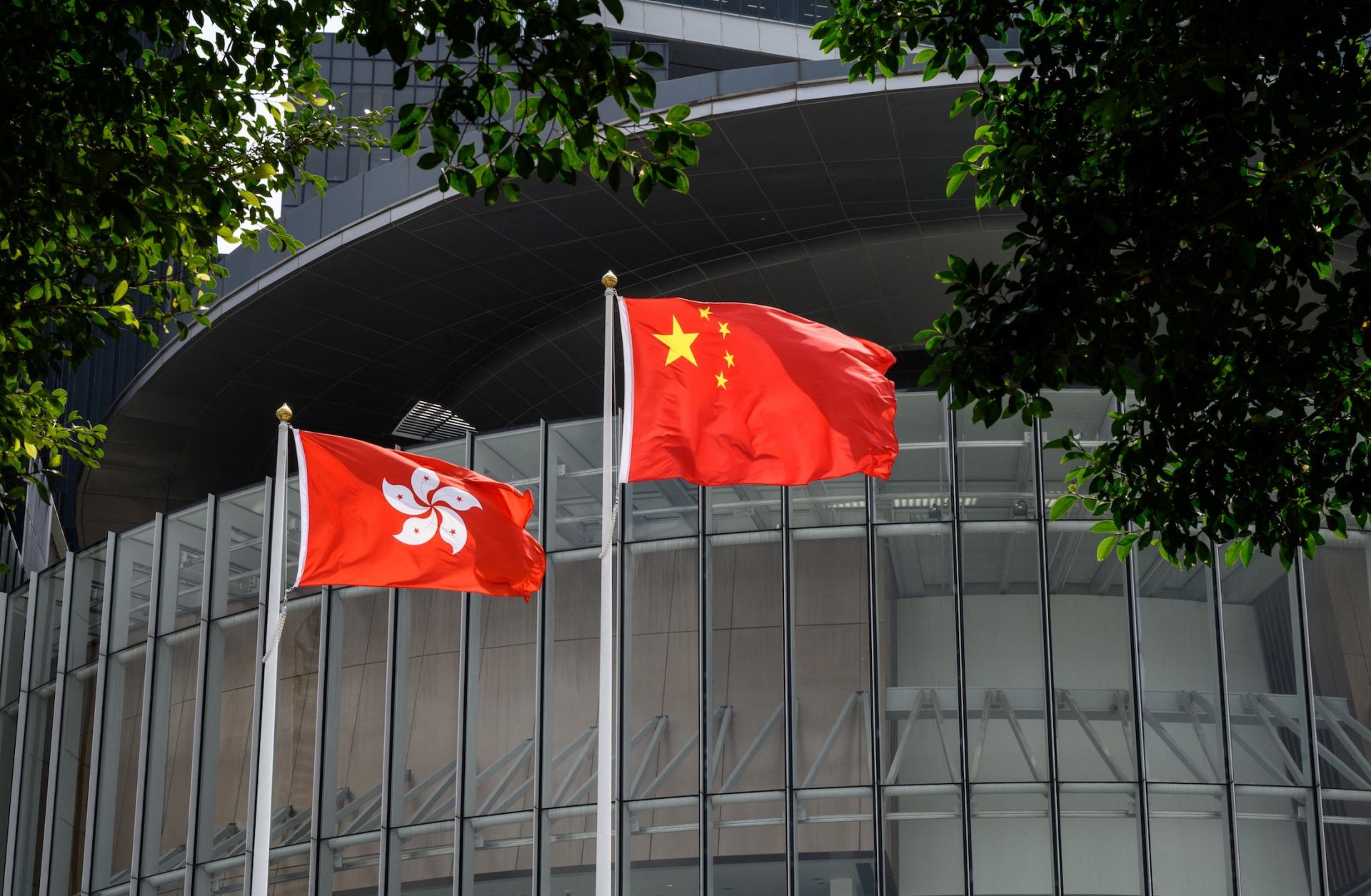 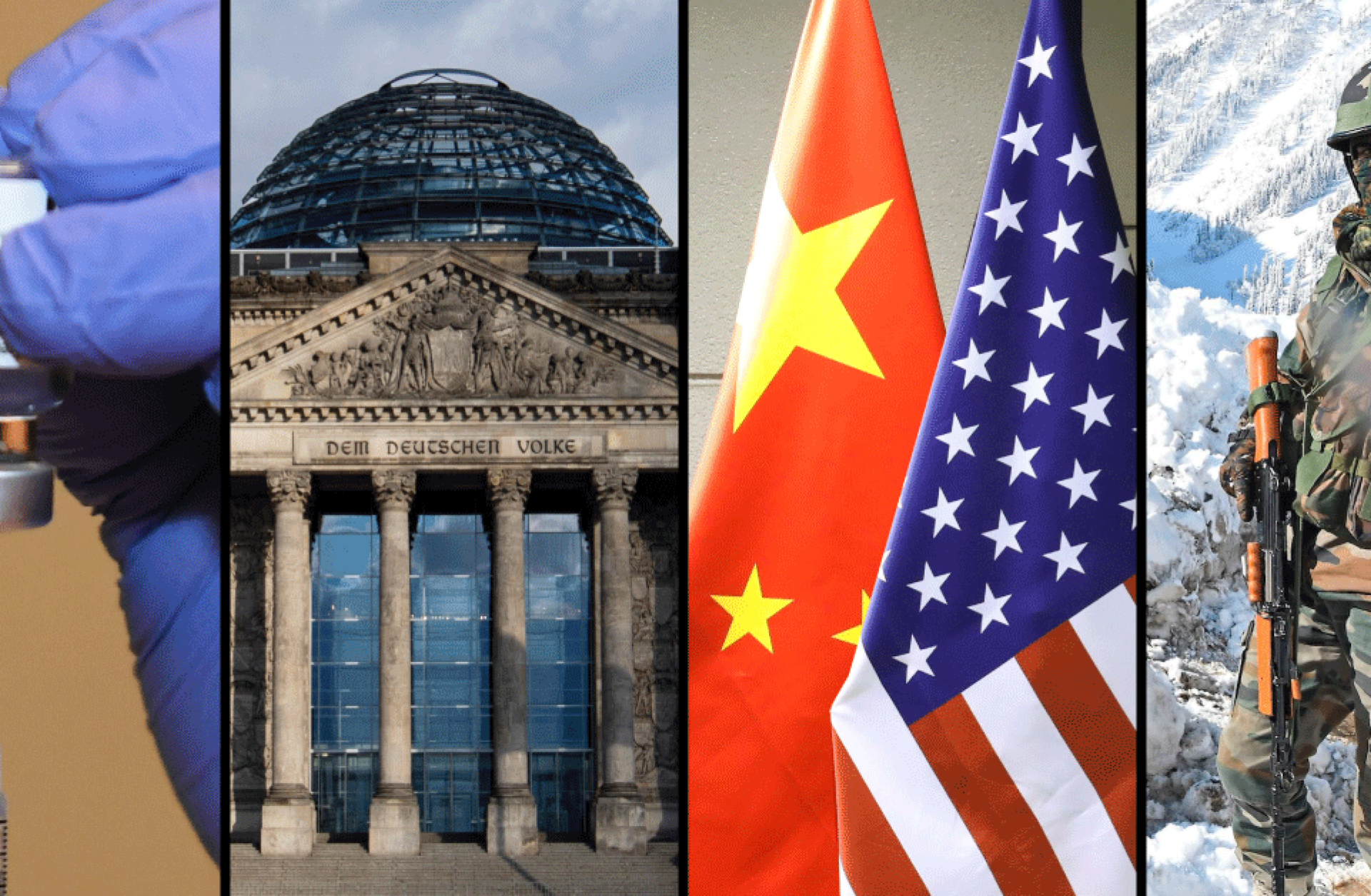 2021 Second-Quarter Forecast
COVID-19 will again dominate in the second quarter of 2021. With new viral variants and staggered or stalled vaccine rollouts, the global economic rebound will be uneven around the world.
READ MORE
SnapshotsMar 26, 2021 | 18:01 GMT 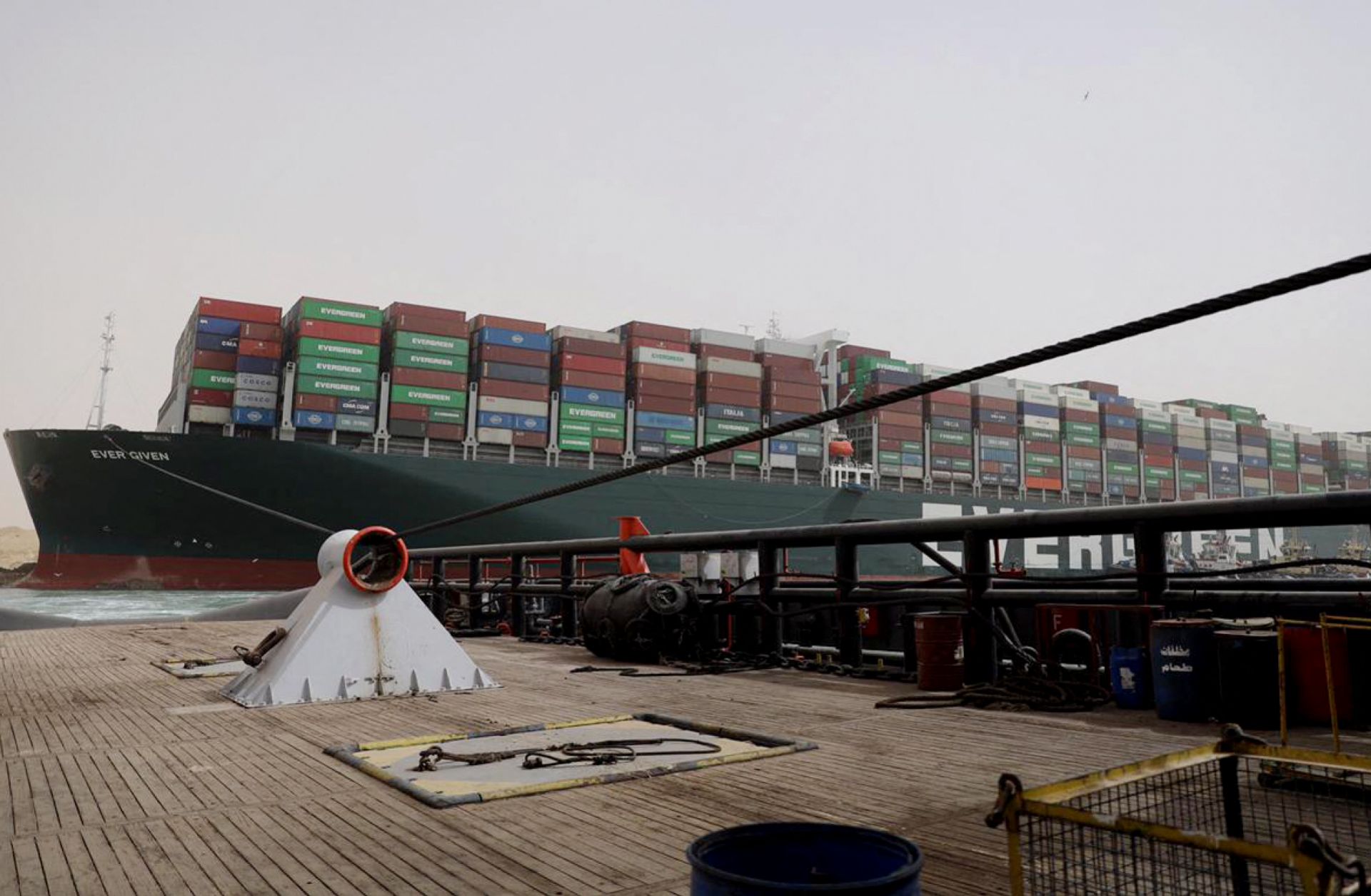 The Suez Canal Blockage and the Risks of Shipping Bottlenecks
Even after the ship blocking the Suez Canal is eventually dislodged, the congestion impacts will ripple through global supply chains for several weeks, underscoring the ever-present risk associated with transiting large amounts of global trade through a small number of key bottlenecks. On the morning of March 23, the Ever Given -- one of the world’s largest class of container ships, with space for over 20,000 containers -- became lodged across the width of one of the world’s busiest maritime trade routes, the Suez Canal. A combination of high wind and relatively low water levels appear to be what grounded the mega-ship, which, as of March 26, remains stuck in the Egyptian waterway, with estimates ranging from days to weeks for when it will be freed. The blockage has since shut down traffic in both directions, leaving more than 200 other ships stuck in and around the Suez Canal.
READ MORE
United States
Asia-Pacific
Europe
Yemen
Egypt
COVID-19
Supply Chains
Economics
Globalization
SnapshotsMar 25, 2021 | 20:28 GMT 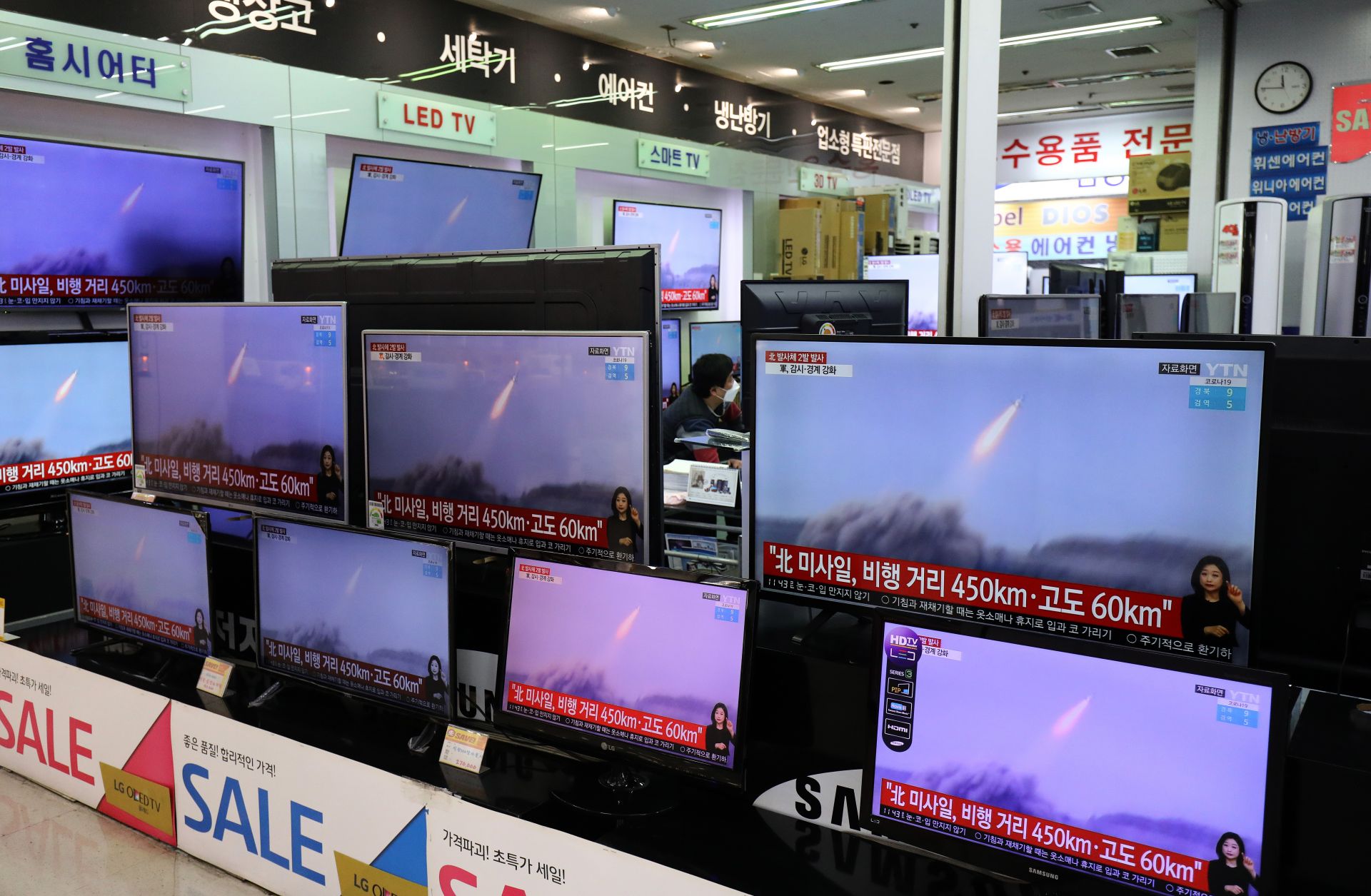 What to Make of North Korea’s First Missile Tests Under Biden
North Korea’s first ballistic missile test since U.S. President Joe Biden took office suggests that Pyongyang will seek to advance the development of key weapons systems without jeopardizing the prospect for long-term U.S. outreach or unifying the international community around a harder-line stance against the regime. On March 25, South Korean officials confirmed that North Korea had tested two devices, likely short-range ballistic missiles, early that morning from the eastern town of Hamju. The devices were both launched around 450 kilometers (280 miles) eastward into the Sea of Japan at an altitude of roughly 60 kilometers (37 miles). If confirmed to be a short-range system, such a test does not represent an escalation from those that North Korea conducted during former U.S. President Donald Trump’s term. The testing of ballistic missiles also technically violates U.N. resolutions but does not violate promises made during the Trump administration to refrain from intercontinental
READ MORE
United States
Japan
North Korea
South Korea
Security
Military
The U.S. and the Balance of Power
Coping With a Nuclear North Korea
PodcastsMar 23, 2021 | 04:15 GMT 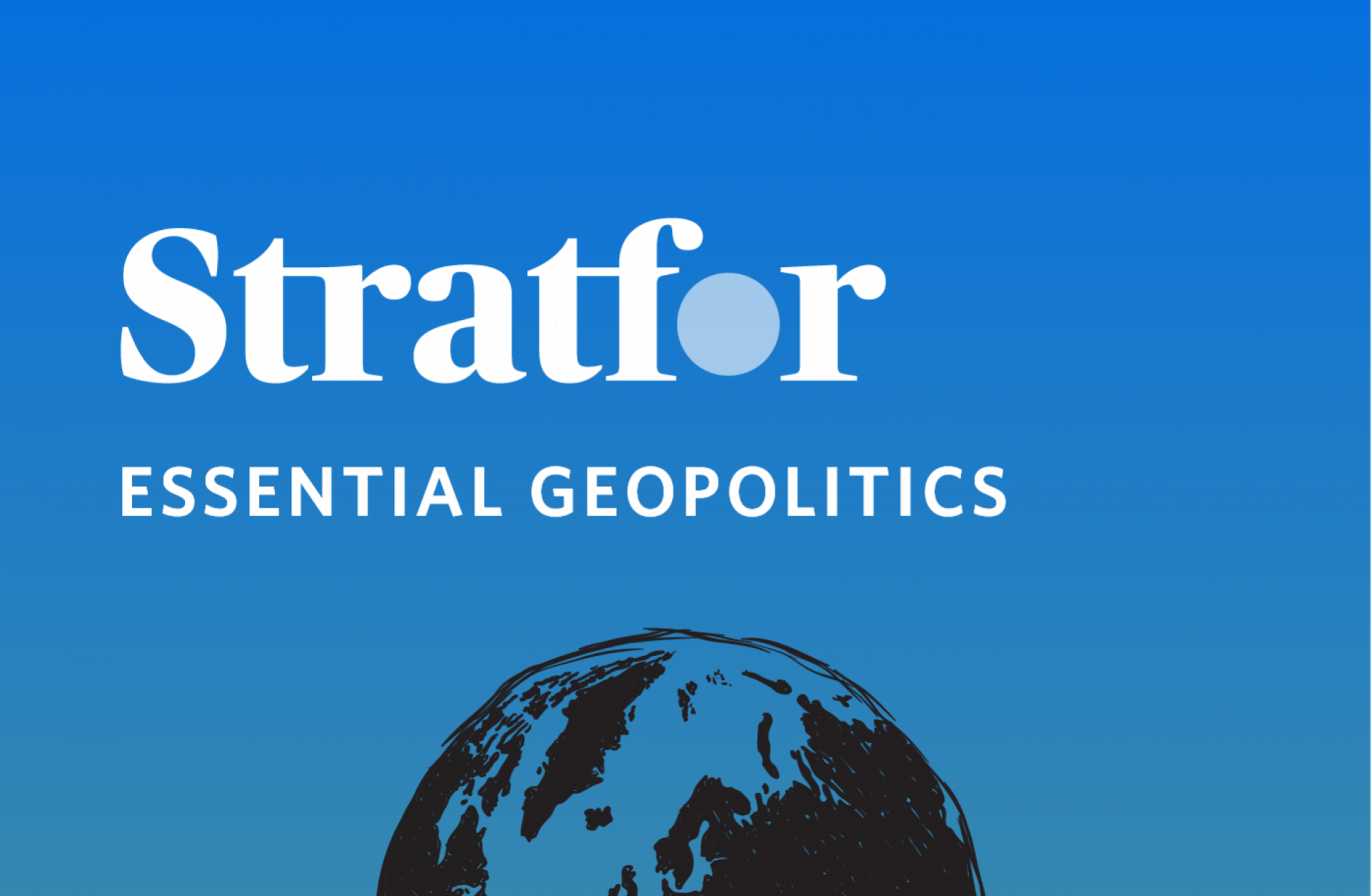