Arriving Displaced, Giving Back in Full 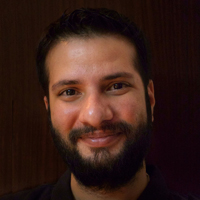 Hoshner Reporter
Board of Contributors

There are fewer than 70,000 Parsis in India today, but they have made contributions to India that far belie their numbers. In Mumbai especially, evidence of their influence is impossible to ignore.

Sometime between the seventh and ninth centuries, a group of immigrants landed on the shores of India's western state of Gujarat, after what probably was a long and arduous voyage from Persia, now modern-day Iran. Not much is known about that journey, but what is known is that like many others in similar situations today, these refugees, who came to be known as the Parsis, were fleeing religious persecution in a land they had called their home for centuries. Over time, they became one of India's most prosperous ethnic communities and have contributed greatly to the development and progress of their adopted home....