Satellite images taken at the Turkey-Syria border corroborate what Stratfor predicted weeks ago: that Turkey, now partnered with the United States, will strike at Islamic State-controlled territory adjacent to the Turkish border. The Turks reportedly began to reinforce their southern border with troops and equipment as early as July 3. But according to these images, which were taken July 26, we now know that that equipment includes Turkish-made main battle tanks and support units poised in a defensive position on the Turkish side of the border.

The areas shown in the images are located near the Turkish town of Elbeyli, on the border with Syria. On July 23, just three days before the images were captured, Islamic State militants fired across the border from the Syrian village of al-Raaee and traded fire with Turkish forces, resulting in the death of a Turkish soldier and a Syrian militant. The next day, Turkish fighter aircraft bombed Islamic State positions in Syria. Soon after, Washington and Ankara came to an official agreement allowing the United States to use Incirlik Air Base to strike against Islamic State positions. 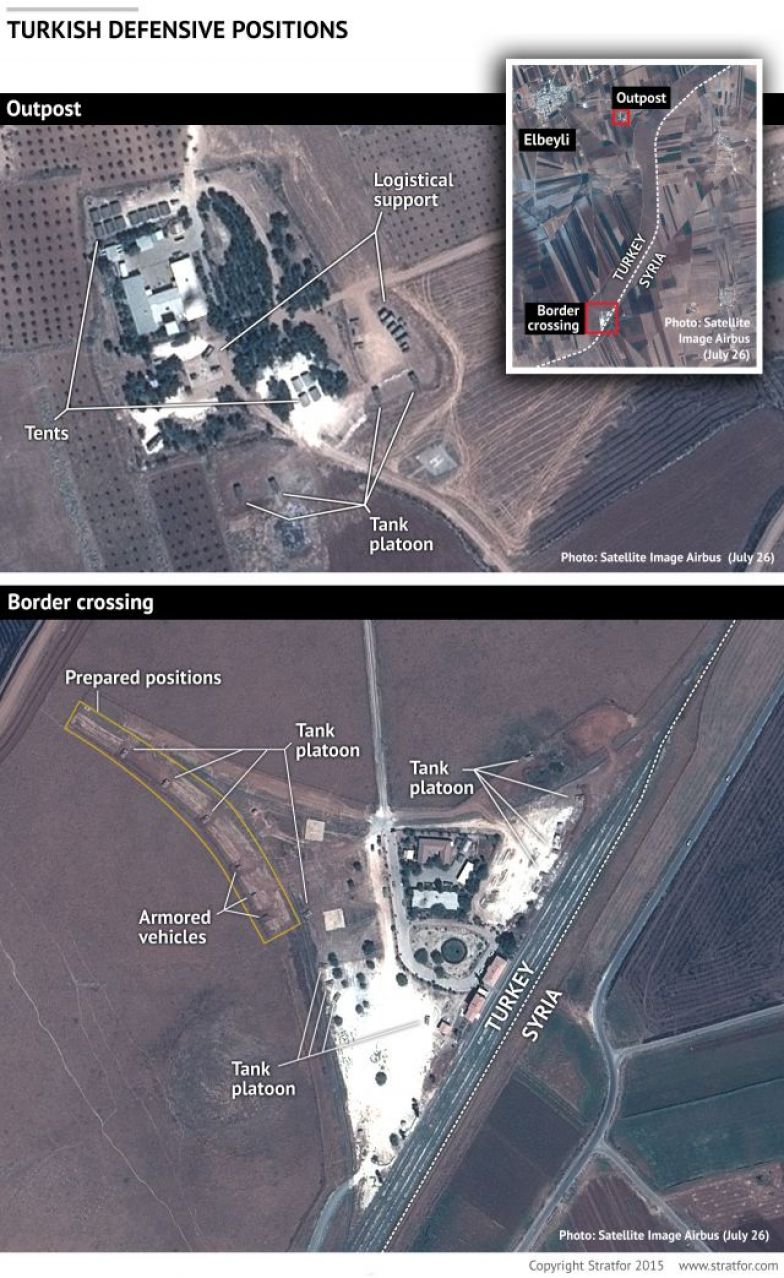 Though the United States and Turkey are now formally aligned in the fight against the Islamic State in Syria, it is unclear exactly how that alliance will play out. Both countries agree that a buffer zone in northern Syria against the Islamic State should be created, but it is less clear which Syrian rebel groups will be involved in driving Islamic State elements from the area. The United States would never consider cooperating with Jabhat al-Nusra, the al Qaeda affiliate that recently kidnapped the leader of a U.S.-backed militia known as Division 30. Though Turkey would also be unlikely to work with an al Qaeda franchise, Ankara has in the past supported Islamist factions with close ties to Jabhat al-Nusra that the United States is hesitant to support. Turkey's inability to control the rebel landscape in a way that offers protection for rebels supported by the United States is already testing the countries' newfound partnership. 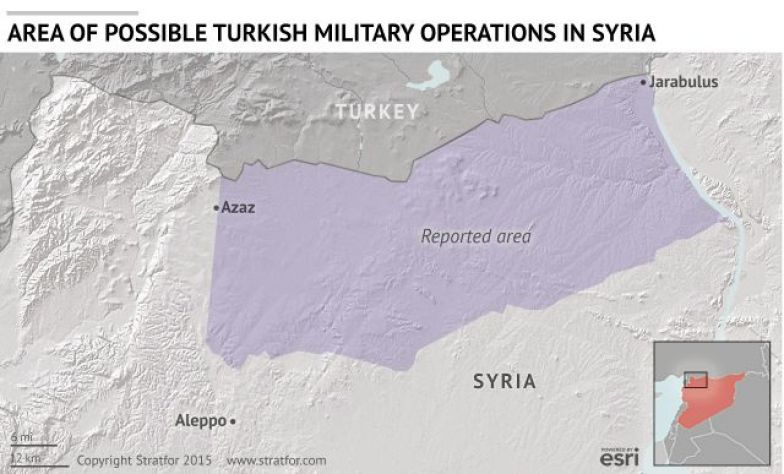 U.S. Secretary of State John Kerry, Saudi Foreign Minister Adel al-Jubeir and Russian Foreign Minister Sergei Lavrov, among other prominent political figures, met in Doha from Aug. 2 to Aug. 3, ostensibly to negotiate a resolution to the Syrian conflict. But this diplomatic activity is inconsistent with the situation on the ground, where groups may be unwilling to fight for the objectives of their sponsors. Jabhat al-Nusra, for example, attacked the New Syrian Force on Aug. 3, driving it back into the Kurdish-defended Afrin region. Major foreign powers may be on the same page, but their discussions at this point do not realistically reflect what is possible on the ground.

In this context, these satellite images are particularly telling. They show that Turkey is ready for the consequences of attacking Islamic State targets and interdicting the movement of supplies and fighters across the border with Syria and Iraq. Notably, Turkish troops are not preparing for offensive movement; they are holding their ground as political and military leaders try to plan future operations involving Syrian rebels, U.S. and/or Turkish air support and additional diplomatic maneuvering.