The rise of the Islamic State will inspire other jihadist groups to claim their own caliphates and emirates. In the long run, the extremism of these contrived dominions and the competition among them will undermine the jihadist movement. However, before that happens, the world will witness much upheaval.

In a 52-minute video that surfaced in late August, Abubakar Shekau, the head of Nigerian jihadist group Boko Haram, spoke of an Islamic State in northeastern Nigeria. The statement came two months after Abu Bakr al-Baghdadi, the chief of the transnational jihadist movement in Syria and Iraq, declared the re-establishment of the caliphate, renaming the group the Islamic State. Though likely inspired by the Islamic State, Boko Haram is not simply mimicking its more powerful Syrian-Iraqi counterpart; it is taking its cue from the Nigeria-based Sokoto Caliphate, which was established in the early 1800s and existed for almost a century until Britain gained control of the region.

The Caliphate's Role in History

According to classical Muslim political theorists, there can be only one caliphate for the entire Muslim global community, or ummah. In practice, though, there have been rival claimants to authority and even competing caliphates throughout the history of Islam. In our July 1 analysis on the subject, Stratfor explained not only how multiple emirates and sultanates emerged independently of the caliphate but also that there were rival caliphates — for example, the Abbasid in Baghdad (749-1258), Umayyad in the Iberian Peninsula (929-1031) and Fatimid in Cairo (909-1171). 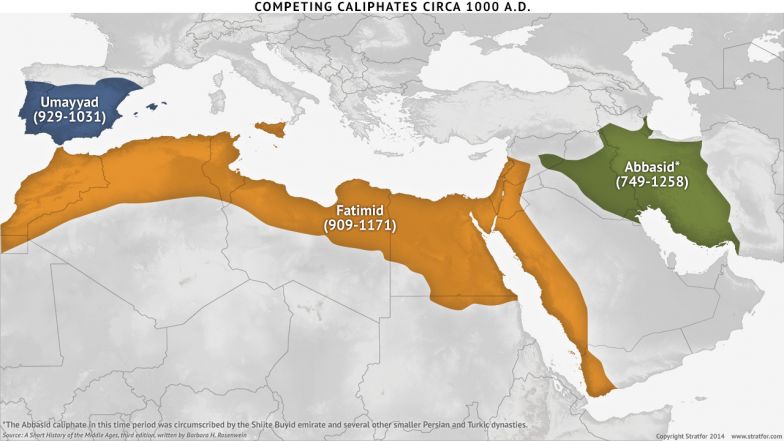 These medieval-era caliphates were not just the byproduct of geographical constraints facing the original caliphate but also heavily shaped by political and religious rivalries and political evolution. These dynastic empires were the building blocks of the Muslim world, not unlike the wider international system of the time. For this reason, they endured for centuries until Europe's geopolitical push into the Muslim world in the 18th century.

In the past two centuries, the medieval caliphates, emirates and sultanates have been replaced by nation-states. Though artificially created and weak, these modern Muslim polities are unlikely to be swept away by radical Islamists seeking to re-establish caliphates and emirates. Although nationalism was initially a European import into the Arab/Muslim world and continues to face competition from religious and tribal identities, it is well established in the public psyche.

This can be seen in the organization of most Islamists along national lines. Most Islamists, who are aligned with the Muslim Brotherhood or some variant of it, embrace the nation-state and should not be conflated with the minority of radical Islamists and jihadists who seek to eliminate national boundaries and return to a romanticized notion of the past. Still, caliphates and emirates have emerged because of the failures of the modern Muslim nation-states to create democratic systems and, more broadly, to provide a viable political economy for their citizens — a failure that radical Islamist forces have deftly exploited.

Radical Islamists are able to capture the imagination of the economically disadvantaged youth who understand neither politics nor Islam. The most successful jihadist entity in terms of capturing territory, the Islamic State, rose in part because of rare circumstances related to the regional geopolitical struggle between the Shiite and Sunni camps in the Middle East. However, as is evident from the international alignment of forces against the Islamic State, the transnational jihadist movement faces severe challenges moving forward.

In addition, its ultra-extremist policies and behavior are further alienating the Islamic State from the Muslim world. Al Qaeda's denunciation of the Islamic State as a deviant force underscores the competition it faces from within the jihadist movement. Furthermore, there is an entire constellation of radical Islamists beyond al Qaeda that does not accept the Islamic State's claim to a caliphate. These Islamists will seek to form their own caliphates or emirates in the same battle spaces. Meanwhile, other groups operating in different parts of the Muslim world seek to form their own caliphates.

An important concept in this context is that of the leader of the faithful, or emir al-momineen, which was the title given to the second caliph of Islam, Omar bin al-Khattab (579-644). Since then, this title has become synonymous with that of the caliph. In the contemporary age, Afghan Taliban founder Mullah Mohammad Omar assumed the title in the 1990s, when the movement ruled most of Afghanistan. Decades earlier, Morocco's constitution conferred this title upon the country's monarch.

Morocco's king only claims leadership of the country's Muslim majority. Likewise, the Afghan Taliban's status as a nationalist jihadist force meant that Mullah Omar only claimed leadership of the Muslims of Afghanistan. Al-Baghdadi's move to declare himself caliph of all the Muslims of the world therefore challenges the authority of the emirates and dynastical or republican regimes in the Islamic world.

The Fate of Jihadists and Caliphates

In the distant future, radical Islamism will likely lose its appeal because of two broad factors. First, the attempt to create caliphates and the associated difficulties of governance will force many radical Islamists to opt for pragmatism and become relatively moderate. Second, opposition from fellow Muslims also learning about politics and governance will give them less room to operate.

Yet, while this modern phenomenon of competing caliphates, emirates or Islamic states will only further weaken jihadist groups, the idea of the caliphate remains an unresolved matter. Muslims have long accepted that the notion does not connote a single state for the ummah; instead it symbolizes pan-Muslim cooperation in the form of a supra-national regime such as the European Union. This remains a desirable goal, as is evident from the Organization of Islamic Conference which, though anemic, remains intact.

Still, these developments will be the outcome of a multigenerational struggle. Until then, the social, political and economic problems of the Arab/Muslim world, along with sectarian strife, geopolitical rivalries and the interests of outside powers (especially the United States and the West), will sustain the conditions in which violent extremists thrive. Thus, radical Islamism will remain a threat globally — and especially for Muslims themselves — for decades.

The Geopolitics of Missions to Mars

Essential Geopolitics: A Race to Mars