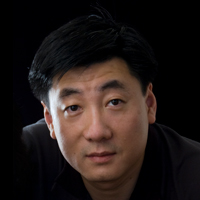 Bao Pu
Board of Contributors

Delegates attend the closing of China's 19th Party Congress in Beijing on Oct. 24. This year's summit offered a stark reminder of an uncomfortable truth: Few of us truly understand the inner workings of Chinese politics.

Since the death of its founding father, Mao Zedong, the People's Republic of China has transformed itself from a stagnating autarky into the world's largest trading nation. Throughout the country's ascent, the global media has naturally paid closer attention to the Chinese Communist Party's quinquennial congresses. But because of the secrecy in which China's high politics are shrouded, the proceedings have become increasingly difficult for analysts to cover, and for their readers to understand. Five years after the 18th Party Congress, no one knows for sure how President Xi Jinping came to power, let alone the true nature of his relationship with his predecessors....