A Dutch helicopter participates in a NATO anti-submarine exercise in the North Sea on May 4.

Several events have coincided to demonstrate the dynamic, if not guarded, relationship between Russia and the Nordic and Baltic states. Ten NATO countries and Sweden launched a two-week planned exercise in the North Sea on May 4 to improve their anti-submarine warfare capabilities. On the same day, Finland — not a NATO member — began mailing letters to about 900,000 reservists informing them of their roles in a potential crisis situation. Meanwhile, Sweden's Foreign Ministry formally complained to Russian authorities that Russian navy ships were disrupting cable-laying work in waters between Sweden and Lithuania, the latest in a series of formal complaints over Russia's activity in the area. Concurrently, the Swedish and Lithuanian foreign ministers met with Moldova's pro-West leaders in Chisinau.

All of these events confirm that the Nordic and Baltic states are working to boost security cooperation in response to Russia's military activity in the region. Consequently, the security buildup will continue — on both sides.

Russian military activity, especially flights, along NATO's borders has increased in past months. In March, Russian military activity in the Black Sea, Baltic Sea and along the Finnish border spiked as part of snap drills simulating a full-scale confrontation with the West. The exercises were not so much a direct threat to the region as a colossal demonstration of Russian capability against NATO and other regional powers, particularly Baltic and Nordic countries.

Russia consistently pushes security boundaries in the region as a show of power. On May 3, Latvia's military reported that two Russian naval ships and a Russian submarine were located 5.2 nautical miles from Latvian territorial waters in the Baltic Sea, only the latest in a series of similar incidents over the past few months. Similarly, on April 28, Finland's navy fired grenade-size underwater charges at shallow depth as a warning to a suspected foreign submarine reportedly located in waters near Helsinki. In October 2014, Sweden's military conducted a large-scale search for a suspected foreign submarine near Stockholm.

Russian activity in waters near the Baltics and Nordic countries, however, is not limited to submarines. Russian naval vessels, allegedly participating in military exercises, have also disrupted the laying of the NordBalt cable, designed to facilitate the trade of electricity between Sweden and Lithuania, four times.

The Nordic and Baltic countries are located in a region of strategic importance to Russia. The expansion of NATO to the Baltic countries in the early 2000s brought the alliance closer than ever to Russia, within 130 kilometers (80 miles) of St. Petersburg. And Norway, a NATO member, has pushed for the alliance to become more active in the Barents Sea and in the Arctic, where Russia is increasing its presence.

Finland and Sweden are formally non-aligned and have remained neutral since the Cold War. Nevertheless, the crisis in Ukraine and increased Russian military activity in the region have reignited the debate over Finnish and Swedish defense alignments. Though neither country is formally applying for NATO membership, Sweden is for the first time participating in NATO's anti-submarine drills. Both Finland and Sweden are involved in efforts to boost regional defense cooperation to counter Russian maneuvers in the region. In early April, officials from Finland and Sweden joined their Danish, Norwegian and Icelandic counterparts to jointly call for greater military cooperation among the countries. 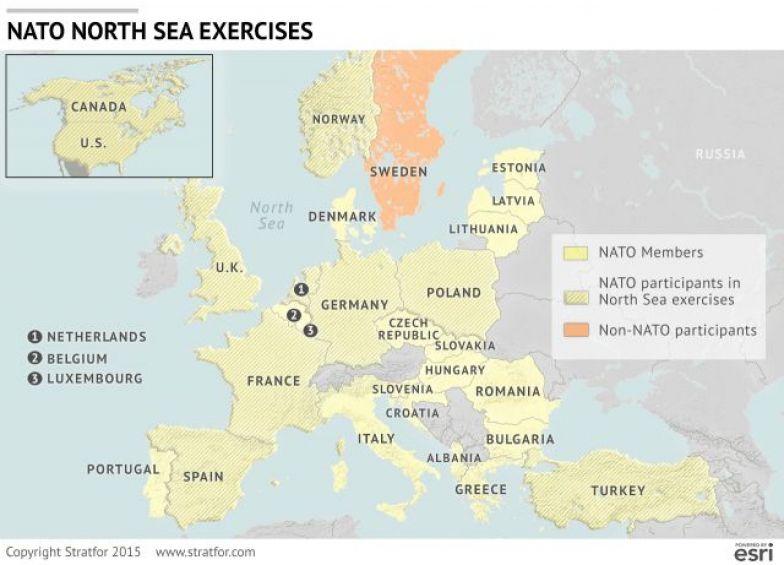 Increased Russian military activity in the region has led some countries to strengthen their domestic defenses as well. On March 19, Lithuania's parliament voted to reinstate compulsory military conscription in direct response to the crisis in Ukraine. Although Finnish officials have denied that the letter campaign to 900,000 reservists is related to increased Russian activity along Finland's borders, the campaign's scale points to a link.

Finally, several countries, most notably Sweden and the Baltic states, have been highly involved in efforts to build a broad regional alliance to counter Russia's moves in Central and Eastern Europe. On May 4, Swedish Foreign Minister Margot Wallstrom and Lithuanian Foreign Minister Linas Linkevicius visited Moldova in preparation for the Eastern Partnership summit in Latvia later this month. Sweden and the Baltics, among others, have also vigorously encouraged Ukraine, Georgia and Moldova to take steps to further integrate with the European Union and to boost ties with countries such as Turkey and Romania to create a U.S.-backed alliance network that would reach from the Baltics in the north to the Black Sea and Turkey in the south.

Russia's military activity near the Baltic and Nordic states will not end anytime soon. Such activity is unlikely to escalate. However, Russian military exercises and movement will serve as a constant reminder of the potential threat Russia poses to the region. Still, the Nordic and Baltic nations will strive to cooperate on regional defense and strengthen defense policies in NATO and non-NATO states. And because of Russia's provocations in the region, even countries that have traditionally shied away from military alliances, such as Finland and Sweden, will likely heed their calls.