A Glimpse Into China's Military Presence in the South China Sea

Widely published satellite imagery from Feb. 14 shows the presence of new Chinese air defense systems on Woody Island in the South China Sea, highlighting continuing maritime frictions in the area. But new imagery obtained by Stratfor provides a higher-resolution view of the deployment and activities taking place across the island. Specialists at AllSource Analysis have identified two batteries of HQ-9 surface-to-air launchers, as well as supporting vehicles such as an engagement radar and the Type 305B AESA acquisition radar. Chinese military personnel are also moving near the air defense batteries, and cables are connecting vehicles and equipment into a single networked system. 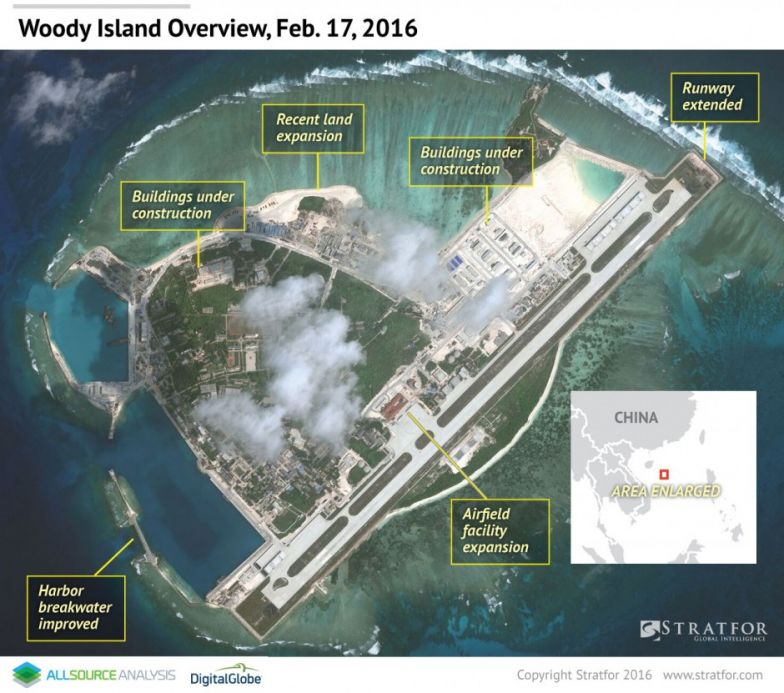 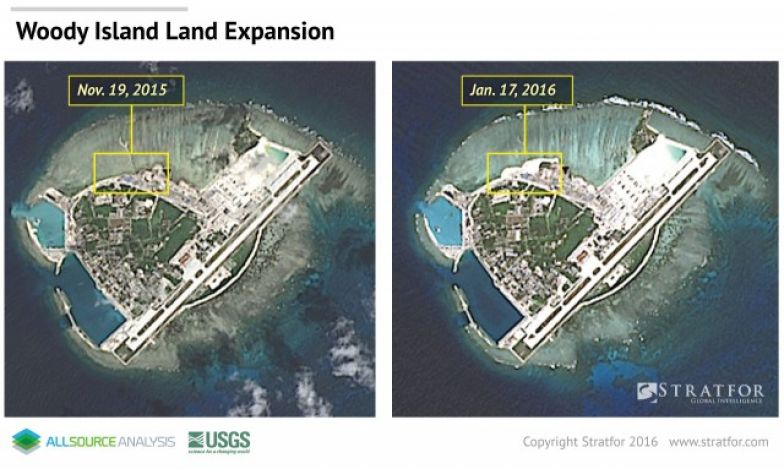 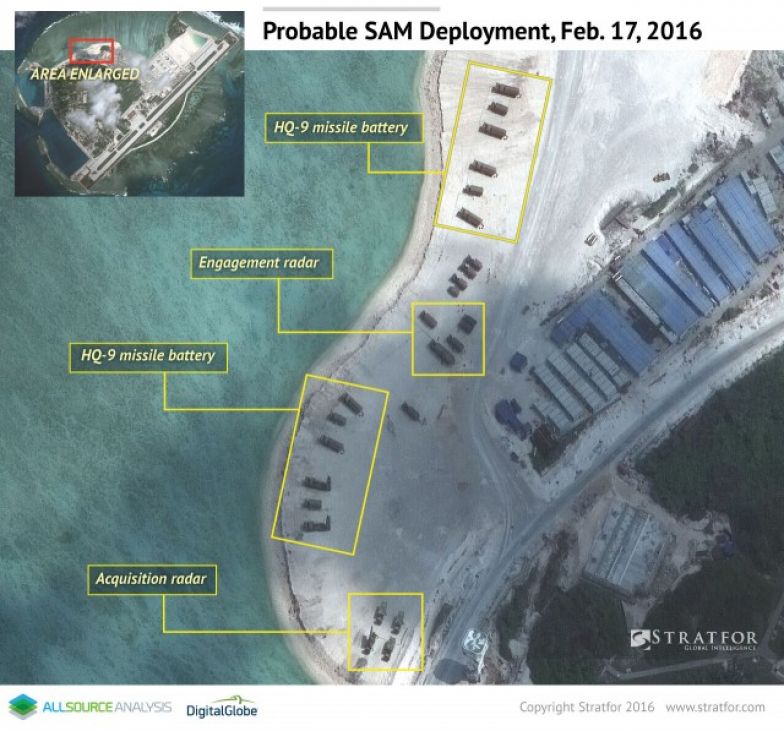 China's claim to most of the South China Sea is a persistent source of tension with five Association of Southeast Asian Nations (ASEAN) countries that claim land and waters in the sea. (Vietnam contests China's claims to Woody Island, along with the rest of the Paracel Islands.) It also conflicts with the United States' notion of freedom of navigation, though it holds no position on the territorial disputes themselves. To counter China's dominance, the United States has run two active campaigns every quarter since October 2015 in which its naval vessels and aircraft deliberately pass by disputed features that are not considered to provide legitimate maritime claims under international law. China has called these moves destabilizing, and it has used U.S. operations and coalition building in the area to justify deploying defensive arms to its South China Sea possessions.

While these air defense systems provide a notable military capability, their presence on the island does not necessarily reflect a major escalation. They are packed closely together on a sand platform near the waterline in a way that suggests they are either part of a training operation or a conspicuous show of force. The platform was constructed in recent months, with imagery taken in December 2015 showing dredging activity in this location. But the position is not permanent: The sand platform is already deteriorating in some places. The visibility of the deployment raises the possibility that it was intended to send a political message as U.S. President Barack Obama reportedly sought to convince the heads of ASEAN countries to persuade China to accept a ruling from the U.N. Permanent Court of Arbitration on the legal status of 10 land features disputed with the Philippines.

Apart from the air defense systems that were recently uncovered, there is also significant Chinese military activity on other parts of Woody Island. A key feature of the base is its runway, which gives China the ability to send and receive combat aircraft. In November 2015, J-11 fighter jets were reportedly deployed to the base, and while the current imagery does not show these aircraft out in the open, our partners at AllSource Analysis have determined that 16 hangars at several locations along the runway seem to be designed to host fighter aircraft like the J-11. Tire tracks also show that one section of these hangars has been used to host aircraft while the others have not. The imagery can neither rule out nor verify the presence of aircraft inside these hangars, but it does confirm that the air base can host up to 16 of these fighter aircraft out of plain sight.

Finally, several large high-bay drive-through buildings have been constructed in an area that is likely dedicated to the storage of explosive materials or ammunitions. Complex berm structures are being erected along with these buildings to shield them from explosions or to contain explosions that occur within them. These buildings can receive large logistics vehicles carrying ammunition, such as fighter aircraft armaments or air defense missiles, which can then be loaded or offloaded inside the cover of the buildings and exit again on the opposite side. Construction continues in this part of the island, and more berms are likely to be erected over time. Equipment located near the structures also indicates concrete pouring activities. 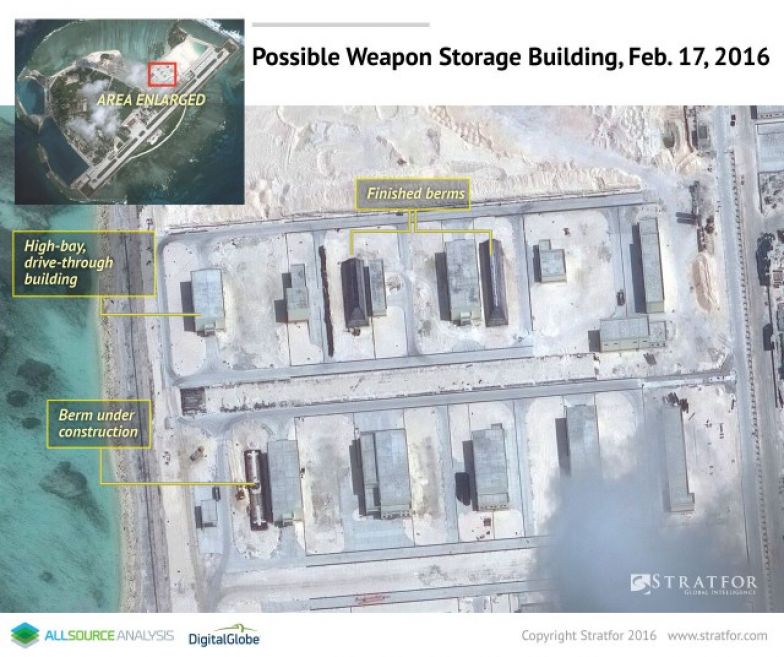 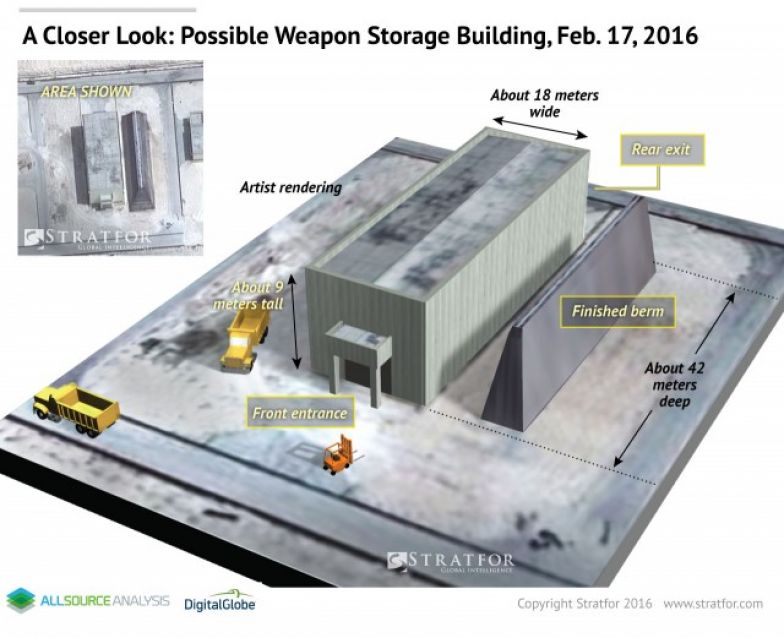 While the media's response to China's actions on Woody Island suggests that they represent a watershed moment in the militarization of the South China Sea, in reality they are neither surprising nor particularly meaningful. Despite the widespread attention Beijing's deployment has received, it is unlikely to shift the calculations of any country involved in the ongoing maritime disputes in the South China Sea.