India and Germany: A Partnership to Be Reckoned With 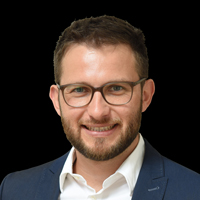 Christoph Senft
Board of Contributors

German Chancellor Angela Merkel (L) and Indian Prime Minister Narendra Modi shake hands after a conference in Berlin. The flourishing partnership between the two leaders' countries will doubtless pay off for both in the long run.

Earlier this year, the leaders of Germany and India announced that they had taken their countries' relationship "to a new level." And to be sure, over the past few decades collaboration between the two has deepened on many different fronts. But Germany's interest in India isn't merely a byproduct of the Asian century, as the 21st century is now so frequently called. Rather, it has been building gradually over time, laying a sturdy foundation for the partnership that both countries are beginning to take more and more seriously....