Iran's nuclear deal with the West has come into effect, but that does not mean international concerns about Tehran's nuclear program have been fully resolved. Iran has continued to develop certain military technologies, including ballistic missiles, that could someday be used to support nuclear capabilities. Meanwhile, it has kept its activities at several military installations around the country cloaked in secrecy.

Satellite imagery provided by our partners at AllSource Analysis gives a clear picture of the dual nature of Iran's approach to its nuclear program throughout its negotiations with the West. The pictures of the Parchin Military Complex, taken in July 2010 and January 2016, respectively, show how Tehran removed potentially incriminating traces of activity at the site while talks were ongoing. It also constructed an underground facility within the complex, where research and weapons development could be concealed. 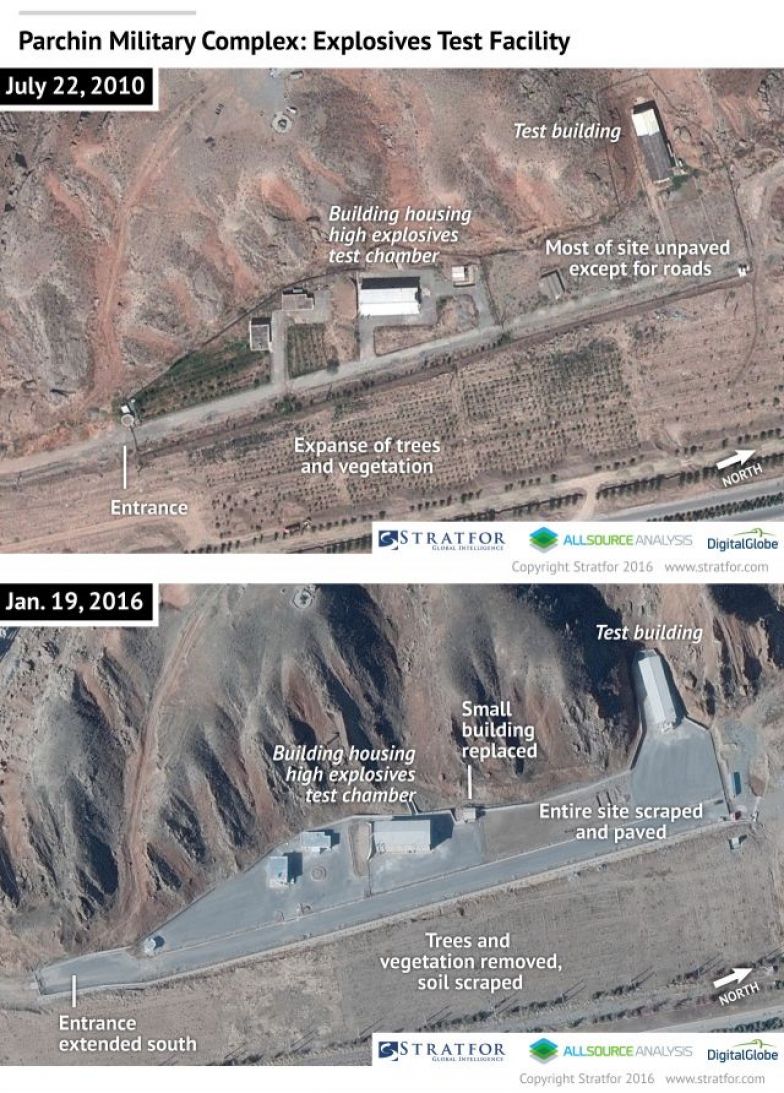 The Parchin military complex has long been a source of controversy within the context of the nuclear talks, largely because it is not strictly a nuclear facility and Tehran has consistently maintained that no nuclear weapons production has taken place there. Compared with the Iranian nuclear enrichment facilities that have been the talks' primary focus, the Parchin complex has emphasized missile development and explosives testing. But according to the allegations of several independent observers, Iran tested a spherical explosive in the Parchin complex's high explosive test building. Spherical converging detonations are typically used to initiate a nuclear reaction inside weaponized devices. Given the extensive activity that has taken place in this part of the complex since 2012, these allegations seem to be plausible.

Based on the images, it is clear that Iran began making an effort to scrub the site clean in 2012, as talks with the West began to show more potential. It removed layers of soil and foliage that could have contained evidence of its previous activities well before inspectors from the International Atomic Energy Agency arrived in September 2015, and covered large areas with concrete. Tehran also insisted that Iranian personnel, rather than IAEA experts, collect the test samples required for the inspection. However, the IAEA insists that this process was subject to rigid oversight, and the organization found no incriminating evidence against Iran during its visit to Parchin, though this was likely in part due to the recent renovations and the lack of equipment left in the high explosives test building. 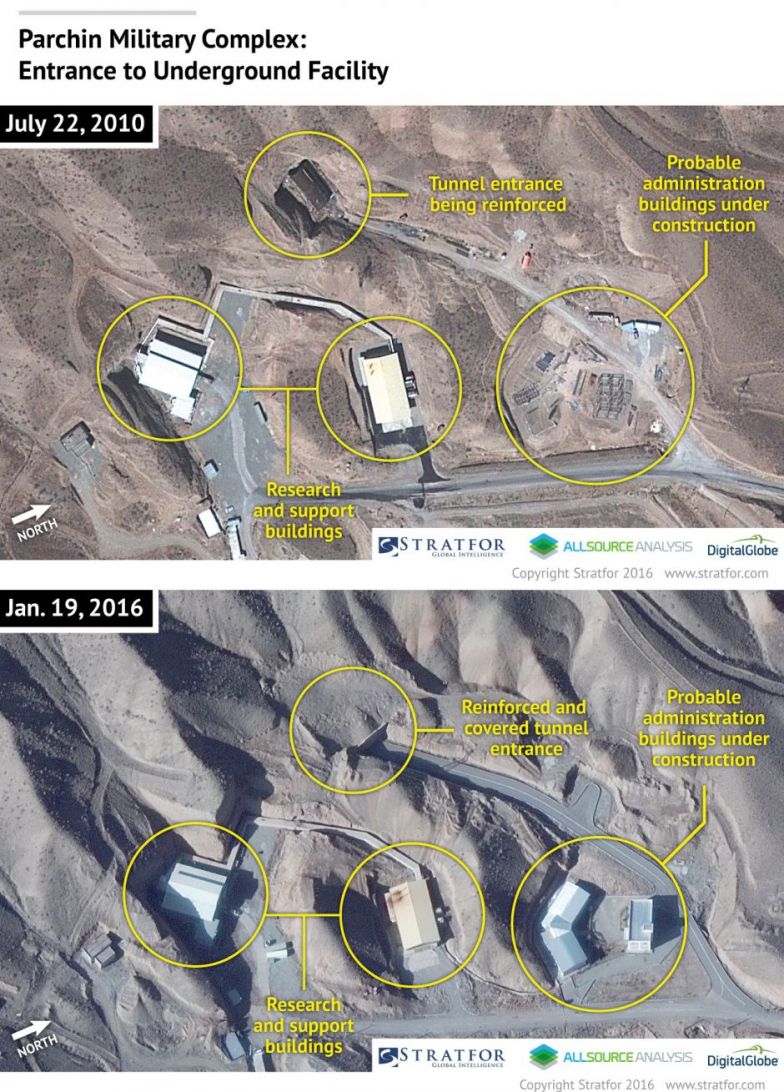 At the same time, Iran continued to develop the Parchin complex's underground facilities, to which the IAEA observers did not gain access during their visit. And while it is true that Iran has relied heavily on underground facilities like those at Parchin to develop conventional weapons, the country's hidden military sites continue to cast doubt on Tehran's long-term commitment to the nuclear accord.