A Kurdish soldier stands watch against Sunni militants outside the city of Kirkuk.

The Islamic State, previously known as the Islamic State in Iraq and the Levant, has changed its name, but otherwise the militant group remains the same. Over the past weekend, a spokesman for the group announced that it had established a caliphate stretching from Diyala province, Iraq, to Aleppo, Syria. The caliphate is a political institution that the Islamic State claims will govern the global Muslim community. "Iraq" and "Levant" have been dropped from the organization's name to reflect its new status.

The trouble with the announcement is that the Islamic State does not have a caliphate and probably never will. No amount of new monikers will change the fact that geography, political ideology and religious, cultural and ethnic differences will prevent the emergence of a singular polity capable of ruling the greater Middle East. Transnational jihadist groups can exploit weakened autocratic states, but they cannot institutionalize their power enough to govern such a large expanse of land. If anything, the Islamic State's drive to unify the Middle East will actually create more conflicts than it will end as competing emirates vie for power in the new political environment.

In recent years, the term "caliphate" has become somewhat warped; it has become more of a slogan for radical Islamist groups than an actual political objective. Even the Islamic State, which has made impressive territorial gains quickly, has only an emirate, which encompasses a far smaller geographic area than a caliphate. Establishing an emirate is not terribly remarkable. Similar groups have established emirates before: The Taliban ruled more than 90 percent of Afghanistan prior to 9/11, and al Qaeda franchise groups oversaw short-lived emirates in Yemen and Mali.

Still, the Islamic State's announcement is the first serious attempt at re-establishing the caliphate since the institution was abolished in 1924 by the Turkish republic, which replaced the Ottoman Empire after World War I. Over the past 90 years, there have been a few attempts to revive the caliphate, but none were particularly successful. Notable examples include Hizb al-Tahrir, which rejects democracy and nationalism, and more recently, al Qaeda.

The Islamic State's Activity in Syria and Iraq

The Caliphate: Origin and Evolution

Caliphate is derived from the Arabic word for "successor," a designation for those who would govern the Muslim community after the Prophet Mohammed died. However, Mohammed did not appoint his political successor; such a person was supposed to be elected by the community. Differences quickly emerged as to who should lead the Muslims subsequently. One camp preferred Mohammed's closest associate, Abu Bakr, while another camp favored Mohammed's cousin and son-in-law, Ali. The group loyal to Abu Bakr would later be known as Sunni, and the group loyal to Ali would later be known as Shia.

But neither group knew exactly how it wanted a caliphate to function. Centuries later, the Shia developed a theory whereby the leadership of the community is not political, but rather divinely ordained. Even among the Sunnis, the caliphate was not a neatly outlined system of government. Their texts include only general principles for politics and governance; most practices were developed as the situation arose.

Abu Bakr eventually became the first successor, or "caliph," in 632. After roughly two years in office, he died of natural causes and another top lieutenant of Mohammed, Omar, took over. He was assassinated a decade later, but not before he appointed a council of six men to elect his replacement. They chose a man named Uthman, during whose tenure Islam saw its first significant, and violent, political disagreements, which ultimately led to Uthman's assassination. 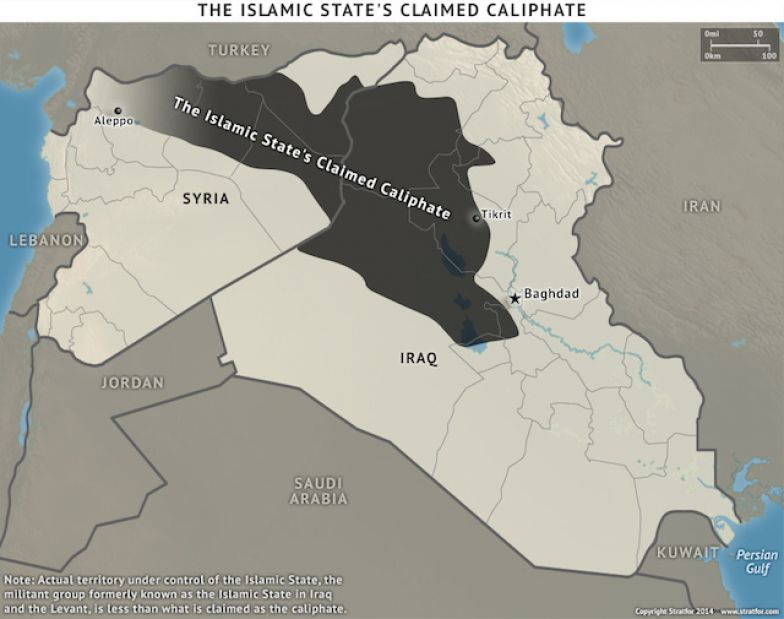 Ali succeeded Uthman, but by that time the divisions within the caliphate had worsened beyond repair, leaving Ali to manage three separate civil wars. He, too, was later assassinated, bringing an end to what was known as the Rashidun caliphate and giving rise to the Umayyad caliphate.

As an institution, the caliphate would continue to be central to Islam for some time. But it declined well before the modern era. In Egypt, the Mamluks (1250-1517) kept the term caliphate more for religious symbolism than political necessity; their authority came from military power rather than from pledges of the faithful. Even the Ottoman Empire was more akin to a sultanate. It was not until 1517, when Sultan Selim I defeated the Mamluks, that the Ottoman sultans assumed the title of caliph. But even then, the caliphate lay dormant until Sultan Abdul-Hamid II unsuccessfully tried to revive it in 1876. When the caliphate was abolished in 1924, it had not really existed for centuries.

Truthfully, the caliphate was nearly always in flux. Even during the Abbasid era (749-1258), which is considered the golden age of the caliphate, autonomous and sometimes independent emirates and sultanates threatened the central government. The Abbasids overthrew the Ummayads, but the Ummayads maintained a rival caliphate on the Iberian Peninsula from 929 to 1031. At roughly the same time, another rival caliphate led by the Fatimid dynasty based itself in Cairo (909-1171).

In actuality, a single entity able to rule the entire Muslim world did not exist but for a brief period of early Islamic history. Geography constrained every regime. For a while, the caliphs in Medina, Kufa, Damascus, and Baghdad ruled large expanses through a sort of provincial system, but over time provincial rulers accrued power and in some cases independence. These rulers would sometimes ally with the caliph, but their loyalties would change as other power centers emerged.

As a concept, the caliphate has evolved throughout history. The basis for Sunni jurisprudence was formed during Mohammed's rule and the Rashidun era. But interestingly, no caliphate ever referred to itself as the "Islamic State," though the Ottomans adorned honorific names like "The Exalted State." The notion of an Islamic state is actually a modern development, a response to the rise of the secular nation-state.

Of course, not all Muslims advocate the creation of an Islamic state any more than they reject the nation-state. And even those that do agree in principle may disagree on the methods used to create it. Radical groups like Hizb al-Tahrir and the Islamic State want to replace the nation-state with a caliphate. Moderates may take a more measured approach.

But all this points to a larger issue: The role of Islam in politics remains unsettled. Most Muslims have embraced such ideals as nationalism, republicanism and democracy. But radical groups are as relevant as ever, due in no small part to the rise of secular authoritarianism, Islamism, the failure of Arab/Muslim states to build viable political economies, the Arab-Israeli conflict and the U.S. wars in the Muslim world. These issues have helped militant Islamists drum up support, vying for a return to the past by restoring the caliphate.

The Islamic State knows it probably cannot create a caliphate, but simply saying as much benefits the group tactically.

Until now, calls for its restoration were disregarded as propaganda. In light of the Syrian civil war and the Sunni insurgency in Iraq, such calls are arguably much more significant. The Islamic State knows it probably cannot create a caliphate, but simply saying as much benefits the group tactically: It stokes fear in the West and, considering it was announced during the first weekend of Ramadan, it appeals to Muslim sensibilities.

Plenty of Muslims, Islamists and jihadists reject the Islamic State. But for now, the group wants to use the caliphate to consolidate control over newly acquired territory. In the long run, the declaration of the caliphate also helps the group to resurrect the concept in political discourse, especially as the region is in such disarray. The Islamic State knows the declaration of a caliphate and a caliph is an issue that the Muslim world will have to address as it reconciles the role of Islam in politics.