The Kremlin's Weapon of Mass Distraction 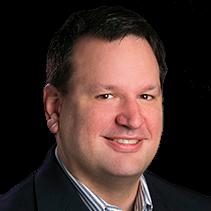 Thomas M. Hunt
Board of Contributors

Two momentous events marked the early part of 2014 in Eurasia: The Russian Black Sea resort town of Sochi hosted the Winter Olympics, the first games in Russia since the Soviet era. And a few hundred kilometers to the west, a long-simmering political crisis on the Crimean Peninsula reached its boiling point. Even before the Sochi Games began, pro-Russia militias in Crimea had been taking increasingly aggressive steps to separate the autonomous region from Ukraine. A matter of weeks after the closing ceremony in Sochi, the Russian military formally intervened in Crimea. Russian President Vladimir Putin had received the support of the parliament's upper house, and Crimean voters had approved a referendum to join Russia. Moscow officially annexed the region a short time later. From there, it became embroiled in separatist disputes in two territories in the Donbas region of far eastern Ukraine, where Russia is still involved today....