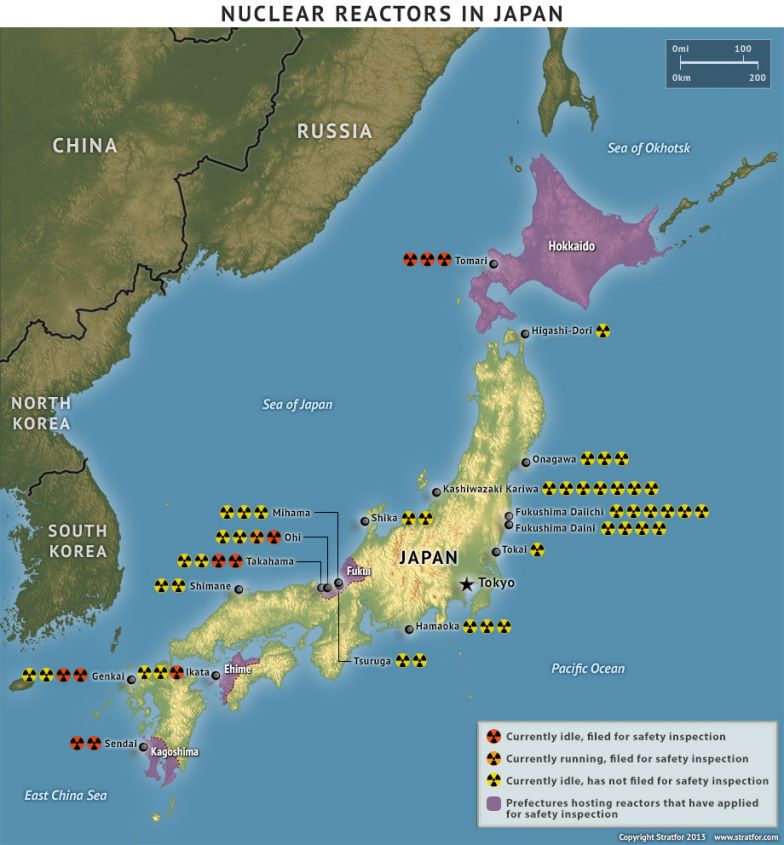 Japan commissioned the country's first nuclear power plant in 1966 and nuclear power has been a staple of the country's energy strategy since the 1970s. But when the last active reactor at the Ohi plant shuts down for scheduled maintenance on Sept. 15, Japan will be without nuclear power for the first time since May 2012. While a small amount of nuclear energy production resumed in July 2012, the upcoming period without nuclear power has the potential to be much longer. The two plants that are shutting down in September must go through the same safety inspections as the other 10 reactors that have applied to restart. Because it is expected that required safety inspections will take six months, it appears that Japan will likely be without nuclear power for the remainder of 2013. With its nuclear plants idle, Japan will be forced to continue relying on expensive energy imports, which, combined with rising electricity prices in Japan, could threaten Japanese Prime Minister Shinzo Abe's plans for an economic revival.