Moving Toward a Geopolitical Marketplace

The city of Istanbul.

This column frames a question to which I do not have the answer. Or think of it as a historical agenda: How can we bring the logic of free market exchange into the domain of geopolitical conflict?

Why would we want to do such a thing? It's not simply a matter of substituting gold for guns, or nonviolent exchange for violent exchange. The question I am posing is not based on some utopian hope for perpetual peace. The distinction I want to focus on is the difference between zero-sum conflict and positive-sum exchange.

The Zero-Sum Nature of Landmasses

With rare exceptions like landfill extensions or China's artificial islands in the South China Sea, the quantity of land on this Earth is fixed. Whatever territory one country gains, another must lose; any exchanges are thus zero sum. This is not so in the marketplace. The butcher comes to market to sell meat and buy bread, voluntarily. The baker comes to market to sell bread and buy meat, voluntarily. Both are beneficiaries of the voluntary exchange. Both return home better off than when they left home; theirs was a positive-sum exchange.

This mutually beneficial interaction in the marketplace was not always so. When bands of hunter-gatherers strayed into one another's territory, there was a decent chance they would come to blows over limited prey. What one band killed and ate, another could not. Later in our evolution, some people satisfied their needs by enslaving others and coercing their labor.

Is there a way of bringing this logic to geopolitics? What would be the currency, the medium of exchange? Could we move beyond bilateral conflict to a mutually beneficial multilateral exchange?

The Humility of the Market

The genius of the market, as opposed to centrally planned economies, is its humility when it comes to understanding what consumers want. Central planners are arrogant in assuming that they know what people want — how many tractors or hairdryers need to be shipped to which towns and with what frequency. Centrally planned economies make themselves stupid by denying themselves the information about consumer preferences that voluntary choices in the marketplace provide.

By analogy, and still working to frame the question, is our current geopolitical system stupid to the extent that it presumes to know what different countries want?

When we look at, say, the conflict in Ukraine, we see what appears to be a zero-sum standoff: What Russia gains, Ukraine loses, and vice versa. Like central planners, we presume that we know what each country wants: more territory, more control.

But isn't it possible that, like shoppers, different countries want different things? And if so, might there be a way to create a multilateral "market" that succeeds in allowing positive-sum exchanges?

Moving to another vexed part of the world, the Middle East, it is becoming increasingly obvious that borders need to be redrawn. Iraq is a mess and should probably be partitioned into a Shiite south, Sunni northwest and Kurdish northeast. The distribution of Pashtun tribes follows no national borders but sprawls across parts of Afghanistan and Pakistan. Syria has utterly lost its integrity as a state. Might there be a way to redraw some of those borders in a way that would be beneficial to all parties?

As I write these words, I can hear some realpolitikers mumbling, "This Ogilvy is impossibly naive. Doesn't he know that there will always be war? There will always be violence as different countries compete over scarce resources." To which I reply: Yes, there will always be war, just as in the shadows of the marketplace there will always be crime that forces its victims to involuntarily part with their possessions. I'm not asking, like Rodney King, "Can't we all just get along?" I'm not assuming the universal spread of Christian love and cheek turning. I'm trying to imagine a mechanism, somewhat like the marketplace, that is based on dual premises: first, that not all countries share the same rank ordering of preferences, and second, that there might be a way for every country, through some medium of exchange, to get more of what it wants and less of what it doesn't want.

As in the economic marketplace, almost no one will get everything they want in the geopolitical "market" I'm trying to imagine. And perceived wrongs, slights, insults and envies will always lead to violence that will occasionally escalate to warfare.

So the main point I'm making in posing this question — setting this historical agenda — is not that we should all be nice; quite the contrary. In The Wealth of Nations, Adam Smith observes that self-interest makes the economic world go 'round:

"It is not from the benevolence of the butcher, the brewer, or the baker that we expect our dinner, but from their regard to their own interest. We address ourselves, not to their humanity but to their self-love, and never talk to them of our own necessities but of their advantages." 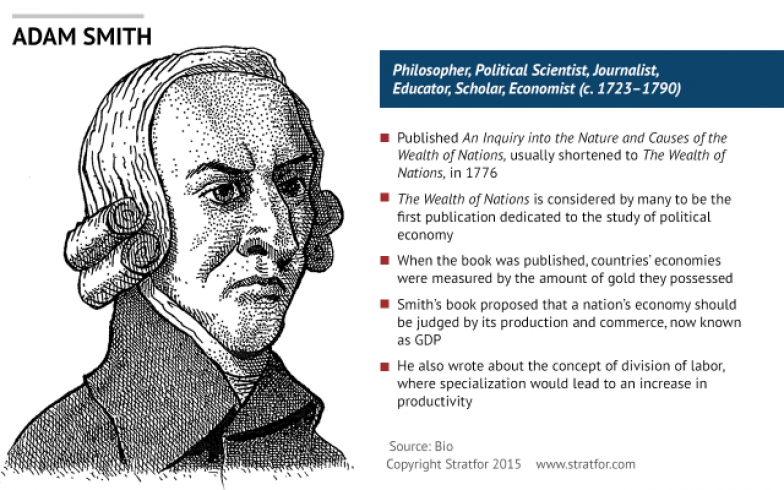 The same can be said of the geopolitical arena. If we move away from the primitive world of bilateral, zero-sum conflicts to a complex, multilateral system made up of countries that differ in their perceptions of their self-interests, then it might just be possible to develop a system that generates positive-sum results.

This is not a utopian vision. To draw again on the analogy of the economic marketplace, just as there are and always will be inequities between the rich and poor, so too will there be relative winners and losers in the geopolitical domain. But just as the aggregate sum of wealth generated in the global marketplace has increased manyfold in the past two centuries, following millennia of grinding poverty for nearly everyone, I have to think it possible that a comparable breakthrough in geopolitical relations might be possible. If only we could orchestrate our political relationships to move from the primitive world of bilateral, zero-sum exchange to a multilateral, positive-sum system that recognizes differing interests.

We can draw yet another analogy between innovation in economic exchange and innovation in geopolitics when we examine cap-and-trade systems for reducing pollution. In a cap-and-trade system, potential polluters are allocated, based on historical data, a cap on what they can emit. Those who reduce their emissions below that cap then receive credits that they can sell to those who exceed their cap. When I first heard about cap-and-trade, I thought it was crazy. What, sell rights to pollute?! At first glance, it seemed strange. But after doing the math, anyone can see that if the system devotes more resources to cleaning up the worst polluters and less resources to those who are already running relatively clean, then the system as a whole will be cleaner, and for less investment than would have been required without a cap-and-trade market in place. Rather than leaving cleanup to individual entities acting on their own, or to government bureaucrats exercising command-and-control regulation, cap-and-trade creates a truly systemic solution that produces more bang per buck, a positive sum.

Prior to the 1980s, cap-and-trade, or "emissions trading" as it was then called, was unknown. As Richard Conniff put it in an August 2009 article in Smithsonian Magazine,

"[T]he Environmental Defense Fund (EDF) had begun to question its own approach to cleaning up pollution, summed up in its unofficial motto: "Sue the bastards." During the early years of command-and-control environmental regulation, EDF had also noticed something fundamental about human nature, which is that people hate being told what to do. So a few iconoclasts in the group had started to flirt with marketplace solutions: give people a chance to turn a profit by being smarter than the next person, they reasoned, and they would achieve things that no command-and-control bureaucrat would ever suggest." 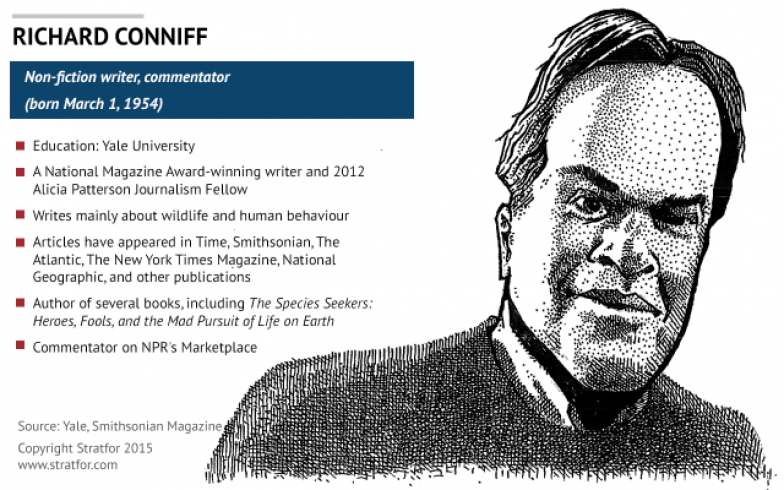 Where are the iconoclasts in the realm of geopolitics? Is there anyone who can answer the question I'm posing? What might be the mechanisms for bringing free market logic into the geopolitical realm? What might be the medium of exchange, a currency other than bullets? I can't help but believe that we are as babies, or hunter-gatherers, or at best, mere adolescents in geopolitics, as geopolitically challenged as economists prior to Adam Smith.

But I don't have the answer to my question, just the suggestion of a historical agenda.