Nigeria: Opting Out of an Insurgency

Editor's Note: This is the third installment in a three-part series on militant activity in Nigeria.

In some ways, the future of northern Nigeria's counterinsurgency rests in the hands of Nigerian voters. If President Goodluck Jonathan is elected for another term, the Boko Haram campaign will intensify. If Jonathan loses, the presidency would go to a northerner, who would be better suited to developing the political, social and economic relationships needed to wage an effective counterinsurgency.

Of course, the presidential election is a national contest, not a regional one, and so the consequences stretch far beyond northern Nigeria. Though Boko Haram has captured the attention of international media, it is not the only militant group with which Abuja contends, nor is it the only group that has a vested interest in the election's outcome. If Jonathan is not re-elected and Niger Delta militants lose their political patronage, they will probably attack oil infrastructure in the country's southwest, as they did in the mid-2000s. Nigeria conceivably could see two active insurgencies, depending on how the election plays out.

However, it is still possible to placate Niger Delta militants even if Jonathan loses. If Niger Delta officials are appointed to senior posts in the new administration, they could keep their patronage networks intact.

The power-sharing system that governs Nigeria is particularly important to northern Nigerian interests. Northern Nigerians dominated much of the military's officer corps, which in turn dominated most of the military juntas that ruled Nigeria from the 1960s to the 1990s. Military and political elites from northern Nigeria believed they were best suited to govern the naturally fractious country. While no one can easily govern Nigeria — a country of 175 million people divided among more than 500 ethnic groups and clans — northern Nigerians historically have imposed order more successfully than others. Northern Nigerians accepted the transition to civilian rule, yielding the power they acquired by a military junta in exchange for a system in which they were guaranteed to periodically hold power under a new democratic system. 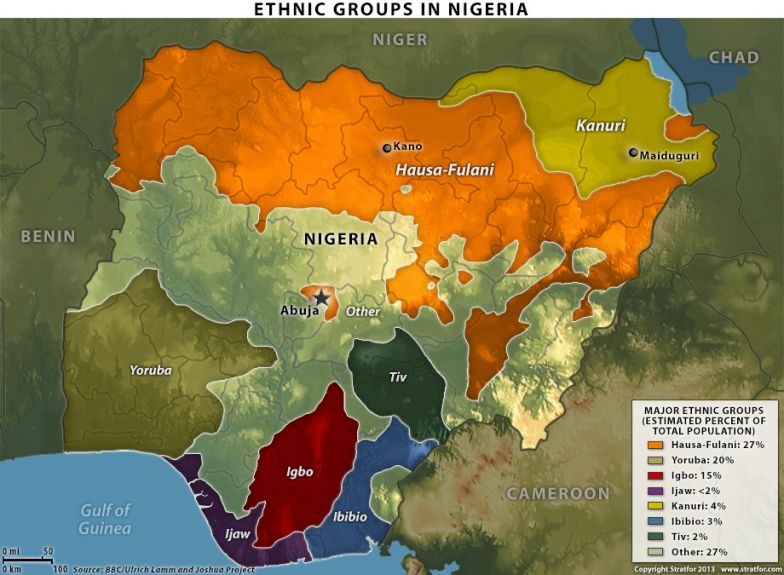 Jonathan's assumption of the presidency in 2010 upset the carefully crafted power-sharing system negotiated in the late 1990s. The People's Democratic Party had meant for him to fill the vice presidency for two terms (2007-2015), while the North-West region was supposed to occupy the presidency. Because Jonathan took the North-West's turn in office, northerners want the next term for their own. If Jonathan wins the upcoming election, northern Nigeria will not recover presidential control until at least 2019, a prospect that most residents oppose.

Other ongoing political issues only make the 2015 election more complex. Most significantly, the People's Democratic Party is no longer the pre-eminent party. For the first time in Nigeria's democratic experience, there is a viable opposition party capable of winning: the All Progressives Congress, which was created in response to Jonathan's power grabs. The All Progressives Congress has mobilized voters across north-south divisions and could challenge the People's Democratic Party for control of the federal executive and legislative branches, as well as state governors' offices.

Boko Haram operates in an environment familiar with radical Islamist ideology. Northern Nigeria has experienced such ideologies over the past two centuries, and Sharia is enforced in Nigeria's northern states.

The militants have made parts of northeastern Nigeria ungovernable. This is not to say that the group controls northeastern Nigeria; rather, the Nigerian government and its security forces have been unable to prevent attacks on civilian and government targets. Society there is terrorized, not knowing when the next Boko Haram raid or car bomb will occur.

But Boko Haram also operates within a political environment that condones its violence as a means to achieve political goals. Like the relationship between political elites and militants in the Niger Delta region that Jonathan benefited from, Boko Haram is a tool with which aggrieved political elites can challenge the incumbent regime and compel a change in government.

The Jonathan administration gets little cooperation from local officials and residents in the northeast (and in the north more generally). Members of the federal government, northeastern state governments, security forces and the military allegedly sympathize with and support Boko Haram. These claims are bolstered by U.S. statements that Washington is withholding raw intelligence from Nigerian authorities in fear that officials sympathizing with Boko Haram will provide this intelligence to the militant group.

The government's ineffective counterinsurgency strategy, further constrained by poor cooperation from local constituents in northeastern Nigeria, will likely degrade further if Jonathan is elected to another term as president; northern political elites will be even less willing to cooperate with his administration. In fact, they may become more supportive of Boko Haram to exact more concessions from the government.

If that happens, Boko Haram can be expected to extend its operations beyond northeastern Nigeria. (Ironically, the only region largely immune to Boko Haram violence is Jonathan's Niger Delta.) Boko Haram will also attack more frequently, leaving many in the country doubtful that Jonathan can effectively combat the group.

But because the objectives of Boko Haram's backers remain the same — destabilize the government and terrorize the civilian population so that Jonathan will yield to northern interests — the group's attack methods will not necessarily change, nor will it intensify its activities outside the state. Of course, Jonathan would not willingly abdicate power, but if continually pressured to the point that his government weakens, he would at least have to negotiate a substantial compromise with his political opponents.

Why the Election Matters

If Jonathan wins, the subsequent violence would endure for several years, receding only if the president transferred some power to his northern opponents. Since Jonathan would serve as president through 2019, this could mean Nigeria would see four years of insurgency alongside a largely ineffective counterinsurgency.

If a northern politician wins the 2015 election, the counterinsurgency against Boko Haram can be expected to improve. The only presidential rival Jonathan will face, whether from an opposition party or from within the People's Democratic Party, will be a northern candidate, so if he loses a northerner will win by default. 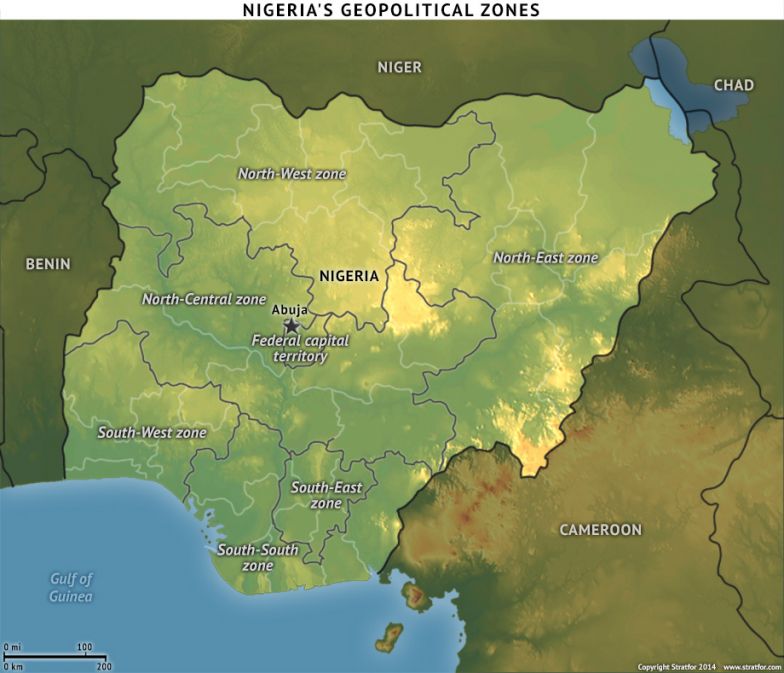 A new Nigerian government led by a northerner would move quickly to establish confidence among the rest of the political and civil society leadership in northern Nigeria. This confidence will be used to acquire local cooperation and intelligence that will benefit counterinsurgency operations.

It is not yet clear who the presidential candidate from the All Progressives Congress will be. If it is Maj. Gen. Muhammadu Buhari, who led Nigeria from 1983 to 1985, the operations against Boko Haram would improve dramatically. Buhari has not formally announced a bid, but he has sought the Nigerian presidency in the past three elections under the political parties that now constitute the All Progressives Congress. He can be expected to take a stronger conventional approach to combating Boko Haram, though it is unclear whether the government can muster the necessary resources.

Boko Haram will not be fully defeated if a northern politician assumes the presidency in 2015. However, the group will be disrupted and degraded to the degree that it would no longer pose a meaningful threat to northern Nigeria. Strains of radical Islam currently present in northern Nigeria that can support Islamist militants would remain, but Boko Haram would have a greatly decreased political, economic and security space in which to operate.