A Place Where Geopolitics Fades

There are places where geopolitics fades, where you can shut yourself off from the slow-burning conflicts and tumultuous markets, from the rise and fall of great powers. The Cook Islands are one such location. This grouping of 15 islands at the heart of the South Pacific is a tiny segment of a sweeping arc that sprawls across the Pacific from the Marianas to Polynesia.

There are places where geopolitics fades, where you can shut yourself off from the slow-burning conflicts and tumultuous markets, from the rise and fall of great powers. The Cook Islands are one such location. This grouping of 15 islands at the heart of the South Pacific is just one tiny segment of a sweeping arc of islands that sprawls across the Pacific from the Marianas to Polynesia. Some (such as New Guinea and New Zealand) are massive, while others are nothing more than the faintest ring of coral above blue water.

The Pacific Ocean covers nearly a third of the world's surface, encompassing countless bays and lagoons as well as numerous peripheral seas. As the ocean that defines Asia, it has become a battlefield in 21st-century power politics — just as it was in the 19th and 20th. In the South China Sea, China is engaged in a high-stakes standoff with numerous claimants over tiny rocks and reefs. Equally contentious, albeit quieter, clashes have taken place in the Sea of Japan, the Yellow Sea and the East China Sea. But as you move away from the Asian continent and out into the ocean, these conflicts become more remote. The islands become more intermittent and the stakes lower. In the Pacific islands, the pollution of Asia's full-tilt industrial growth dissipates. The violence and insecurity of Latin America on the far side of the Pacific seems far away, almost fictional. The rumblings in the U.S. political order and the erosion of the European Union become less important. On the islands, world affairs are barely discussed. Borders, here, are lines on a featureless seascape, and neighboring states don't need to jostle and intimidate for space.

The world of the Pacific islands can be divided into three broad subregions: Micronesia, Polynesia and Melanesia. Micronesia is in the Western Pacific, just north of the equator and next to the Philippine Sea. It is known for its tiny islands (vulnerable to rising sea levels) and a Cold War history of nuclear testing. It encompasses the U.S.-associated Federated States of Micronesia, the Marshall Islands, Kiribati and the Northern Mariana Islands, as well as Saipan, Nauru and Palau. 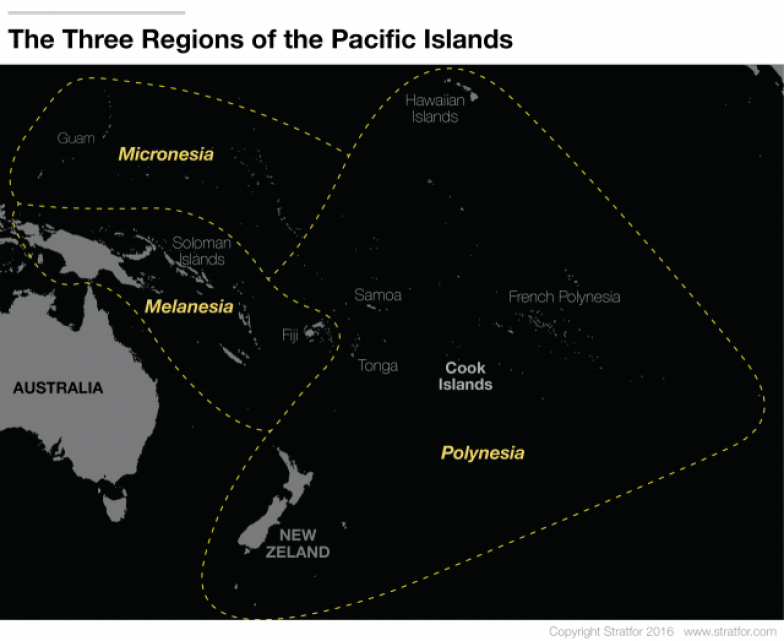 Just to the south of Micronesia, below the equator, is the subregion of Melanesia. Melanesia is known for its numerous tribes and ethnic groups. The diversity of the region is startling, including not only the jungle-covered lowlands and snowy highlands of New Guinea but also the Solomon Islands, Fiji, Vanuatu and the world's fifth-largest nickel producer, New Caledonia. When the Melanesian subregion rises to global attention, it is for intertribal conflict, gritty guerrilla movements and coups d'etat. Fiji has had four coups since independence in 1970. Tribal fighting plagued the Solomon Islands from 1998 to 2003; the island of Bougainville in Papua New Guinea was the site of fierce civil war from 1988 to 1998; and tiny New Caledonia, a French territory, experienced its own round of fighting, too. Militants in the Indonesian province of West Papua are still battling the Indonesian government for independence, a conflict that has been simmering since 1962.

But the islands of Melanesia are perhaps best known for their murky (and sensationalized) history of ritualistic cannibalism in funerary practices and warfare. (It is important to note that, historically, accusations of cannibalism have been used to slander enemies and colonized groups.) In 1961, rumors swirled around the disappearance of Michael Rockefeller, heir to the famed family's fortune, when his canoe sank in Indonesian Papua. Though he likely drowned, many have speculated that he initially survived but was killed and possibly consumed by members of the Asmat tribe as revenge for a recent killing by Dutch police officers. 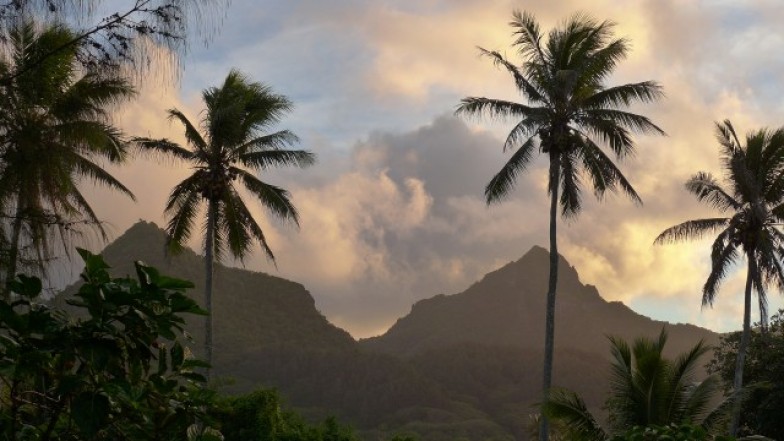 The largest of the three Pacific island subregions is Polynesia, which covers an area perhaps twice as large as the other two combined. Polynesia is home to a collection of better-known islands and island chains — the U.S. state of Hawaii, Tahiti, New Zealand, Samoa and Easter Island — as well as the more obscure Cook Islands, Niue, Tuvalu and Tonga. The common heritage in most of Polynesia is Maori.

A Reprieve, But Not an Escape

Even in such a remote place, geopolitics never fully disappears. It just fades, its signals becoming more staggered and delayed, like messages sent by long telegraph lines. All of the Pacific island chains, for example, became urgently relevant during World War II, as the island-hopping campaign progressed toward the Japanese home islands to defeat the nascent empire.

Today, the Pacific islands are once again feeling the effects of global trends — though in a subtler manner. I was driven to visit the Cook Islands of Rarotonga and Aitutaki by a desire to understand the degree to which the people there are aware of climate change and whether they feel the same effects widely reported on the Micronesian islands of Kiribati and the Marshall Islands or in nearby Tuvalu. But the locals I spoke to were less concerned about climate change and rising sea levels than they were about the potential degradation of the coral reefs, such as Rarotonga's Muri lagoon and the world-famous Aitutaki lagoon. 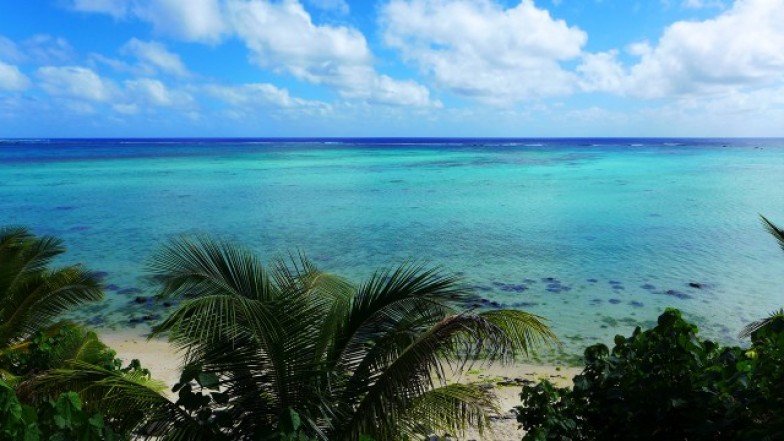 Coral reefs mean a great deal to these isolated islands, representing both resources and a way of life. Risks to their viability are risks to the nation itself. Threats include potentially warming temperatures but also mismanagement of marine harvesting and agricultural practices. Locals worry that the degradation of the reefs will damage the tourism and pearl industries. Looking forward, they also spoke of how important reefs will be to protect the islands from the surging water of tsunamis, typhoons and rising sea levels.

But besides the potential loss of their reefs, the Cook Islanders fear the loss of another vital resource: human capital. With a population in the tens of thousands, the island nation faces the same challenge that its tiny Pacific islands neighbors do. Many are struggling to keep their population levels steady, and the lack of domestic economic opportunities makes this especially difficult. Many people from the Federated States of Micronesia have emigrated to the United States, for example, or have signed long-term fishing contracts elsewhere in Asia. Some leave simply because of boredom and stagnation. The destination for many Cook Islander emigrants is New Zealand. According to the Cook Island's Statistics Office, from 2006 to 2011, the resident population fell from roughly 15,300 to about 14,900, with an annual negative growth rate of -0.5 percent and an average net loss of more than 300 residents per year. (The population of the Northern Islands, which is the most isolated group within the Cook Islands, declined by nearly 15 percent from 2006 to 2011.) Considering that the majority of the resident population (about 13,000) lives in Rarotonga, the locals' fears are warranted.

Population decline has a direct effect on the tourism sector, which accounts for almost 45 percent of the Cook Islands' gross domestic product. New Zealand travelers drive much of this demand, and, in turn, the sector relies on migrants from the Philippines and Fiji. In addition, foreigners are banned from owning land unless they are married to a local Cook Island Maori. This will be another force that limits the pool of foreign skilled workers. For the local government in Rarotonga, this means that the Cook Islands will remain dependent on Auckland's goodwill for support.

The plight of the Cook Islands — and of the broader Pacific island region — is dire. In spite of the fantasies of travelers over the centuries, these islands are not pristine utopias. Impressionist painter Paul Gauguin left Europe in 1891 for the Polynesian Island of Tahiti, hoping "to be rid of the influence of civilization." But civilization, its discontents and its global ties, is inescapable and omnipresent, even on the seemingly serene Pacific islands.