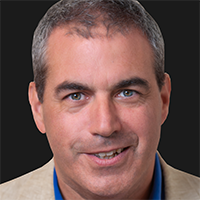 Mike Rosenberg
Board of Contributors

A Chinese navy formation, including the aircraft carrier Liaoning (C), steams ahead during military drills in the South China Sea early in 2017. Many businesses are oblivious to underlying regional tensions.

A few weeks ago, I was in Shanghai running a workshop for an international company that has invested hundreds of millions of dollars into building up its Chinese operation. With careful planning and steady funding, the branch has grown to account for nearly 20 percent of the firm's global sales. What struck me in conversations with the corporation's executives, however, was not their notable success. Rather, no one seemed to be concerned in the slightest about the tension rising among China, its neighbors and the United States over conflicting territorial claims in the South China Sea -- despite the damage it might do to the up-and-coming office....