Because the passion for geopolitics does not rest, we have compiled a list of the books, films and games that our team has appreciated this year.

It's the holiday season, and for many Stratfor employees and readers, that means a break from the everyday rigors of life and more leisure time at home with the family. But because the passion for geopolitics does not rest, we have compiled a list of the books, films and games that our team has appreciated this year. Some address heavy geopolitical topics that are presented in a particularly elucidating way; others are light-hearted fun that can be enjoyed by the whole family. We've included purchase links should you want to treat the more geopolitically minded person in your life, or simply want to experience for yourself what our diverse team recommends this winter. 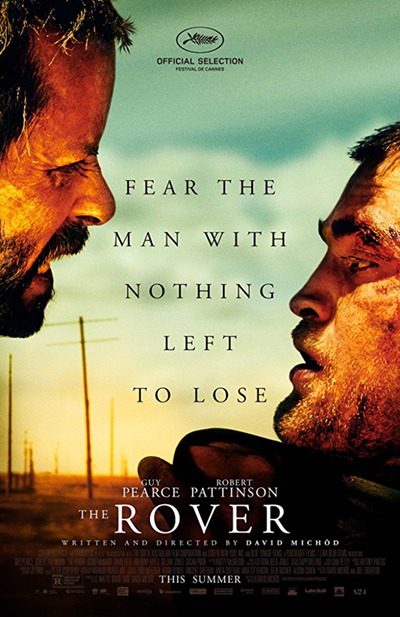 Australia is a geopolitical outlier, a former European settler society on the edge of the Pacific. Its history is defined by its remoteness and vast, punishing terrain. Australia's national consciousness is plagued by fears of abandonment, dependence and decline. Starring Guy Pearce and Robert Pattinson, this dystopian crime thriller depicts what would happen if the worst of those fears were realized: If, isolated on the edge of the Asia-Pacific, Australia were to again become a colony dependent on more dynamic powers.

In the film — which is Part Mad Max, part Don Quixote — vagabond Eric (Pearce) drifts by Cambodian honkytonks, gaping strip mines and endless trains full of China-bound ore guarded by hulking mercenaries. It is a vivid dramatization of the brutal exertion of geography and change, showing just how futile the best human efforts can be against the strength of nature. If you want to make an Australian trilogy of it, we suggest pairing it with Werner Herzog's "Where the Green Ants Dream" and outlaw epic "The Proposition," written by singer-songwriter Nick Cave. Available for purchase or streaming on Amazon. 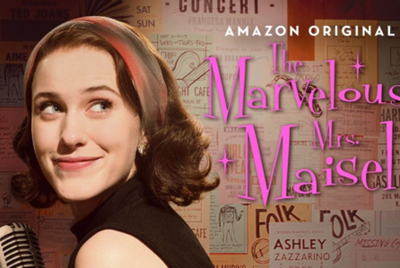 In the hourlong episodes of this dramedy, recently single, Jewish housewife Mrs. Maisel pursues an unlikely career in stand-up comedy in late-1950s Manhattan. Though at first glance the show's premise seems unrelated to geopolitics, one of the central themes explored is one that Stratfor is closely tracking: demographics and the role of women in the workforce. After Miriam "Midge" Maisel's husband leaves her for another woman, Midge deals with what it means to be a single mother in a society still very much based on male-led two-parent households.

Midge's experience reflects that of many women, who began entering the workforce in higher numbers in the 1950s, and raises questions that many countries are grappling with today. What are the political ramifications of decades of increased female participation in the workforce? With demographic crises looming over much of the developed world, what role can women play in averting those crises, and what role do governments play in supporting those women? They are heavy questions, addressed with humor and relatability in "The Marvelous Mrs. Maisel." Available for streaming on Amazon. 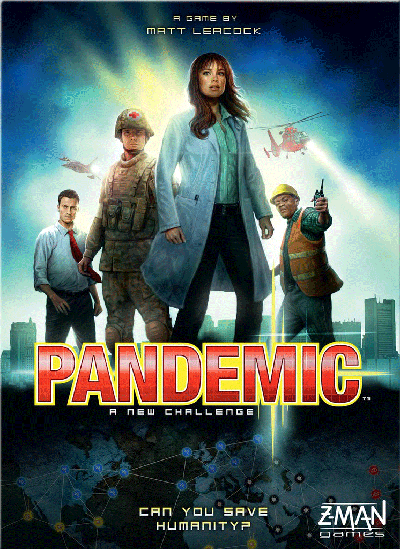 This interactive board game will have a special appeal for millennials. It is a fun romp through the not-so-fun implications of widespread disease. The game is based on the premise that four diseases have broken out in the world, each threatening to wipe out a region.

It's up to the players to contain and eradicate the diseases before they overwhelm the map. Perfect for intimate parties that aren't afraid to lightly approach the prospect of a global pandemic that could wipe out all of humanity, this game is macabre humor at its best. Available from Z-Man Games. 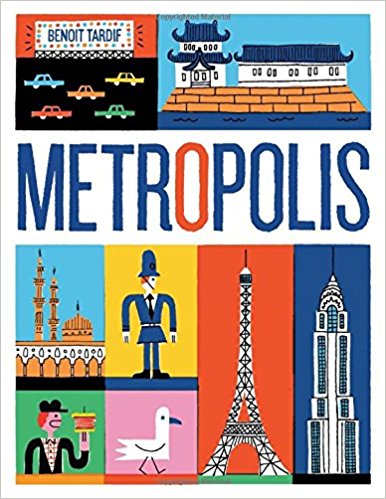 This illustrated children's book features two-page spreads on major monuments, prominent buildings and everyday life in major cities around the world. Unlike most picture books for kids, Metropolis doesn't include a storyline.

However, the colorful and dynamic illustrations are enough to inspire parents and kids to talk about the world, come up with their own stories, or help decide their next vacation destination.

For those wanting to establish an early interest in geography and culture in their offspring, this is a fun way to explore the world. Available for purchase from Amazon. 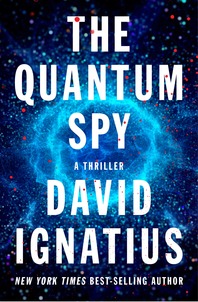 This spy thriller covering Chinese espionage and the methods used to steal intellectual property from U.S. companies is the most realistic that Stratfor's security experts have read. The accuracy is probably due to Ignatius' long journalism career covering global security issues: He literally wrote the book on CIA tradecraft — Agents of Innocence.

In The Quantum Spy, Ignatius' depictions of the power struggles waged between the various Chinese intelligence services and the battles waged between the CIA and the FBI on operational matters are particularly fascinating, providing a glimpse into the quotidian bureaucracy of espionage and counter-espionage efforts. Available for purchase from Amazon.

Qatar: Securing the Global Ambitions of a City-State (Non-Fiction Book) 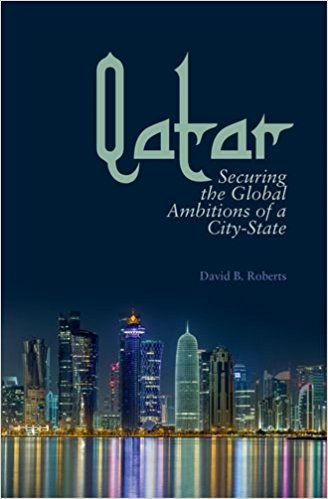 The timing of this book is almost eerie, published just as Qatar stole global headlines when the other Gulf Cooperation Council (GCC) countries banded together to enact a blockade against it. The rich historical context that Roberts provides on Qatar, also a GCC member, helps explain why the bloc is facing so much inner turmoil now. Yet the GCC, composed of countries with similar yet different-enough cultures, will not fade from headlines anytime soon. And against the GCC's estimations, Qatar has weathered the blockade and is steadily working to undermine Saudi Arabia's position as chief member of the bloc — a task Saudi Arabia itself has unwittingly supported with some of its recent actions. It's a complicated picture, but one made more understandable by Roberts' lucid guide on Qatar, the country at the center of the conflict. Available for purchase from Amazon.

A Most Enterprising Country, North Korea in the Global Economy (Non-Fiction Book) 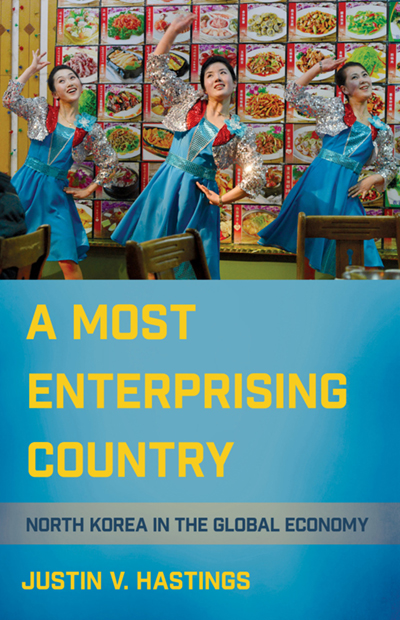 As sanctions mount on North Korea, it's important to understand precisely how the pariah state's economy has survived the decades since the end of the Cold War. Pyongyang has gone its way without reforming and opening, as other Cold War communist states such as China and Vietnam have. Instead, North Korea's economy shows a cockroach-like ability to survive, unglobalized, in a globalizing world. Perhaps it's down to the heady and complex mix of state-sector enterprises, organized crime and private markets. This book shows how weathering the devastating 1994-1998 Arduous March famine indelibly changed North Korea — and why the country will likely once again face a barrage of sanctions in 2018. Available for purchase from Amazon.

The Next Factory of the World: How Chinese Investment Is Reshaping Africa (Non-Fiction Book) 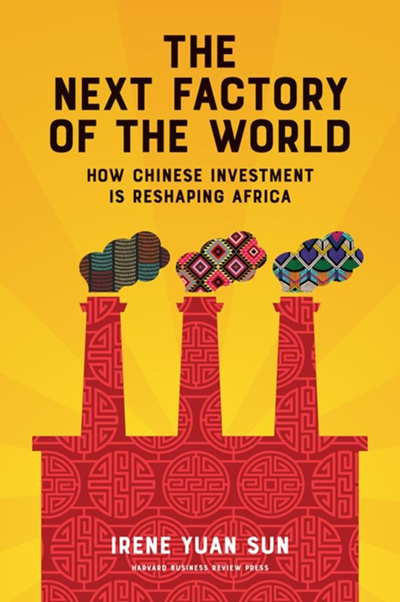 China is pushing outward. At Stratfor, we watched as the country built railroads through the jungles of Southeast Asia, began the process of studding ports along the edge of the Indian Ocean and this year built its first overseas naval base at Djibouti. This is geopolitical strategy writ large. But individual Chinese people are also changing the way that the world works, flooding the market with millions of entrepreneurs. Drawing the connection between China's own industrialization and factories springing up in parts of Africa, Irene Yuan Sun details how this change might unfold. This book pairs nicely with Howard French's 2014 China's Second Continent: How a Million Migrants Are Building a New Empire in Africa. Available for purchase from Amazon. 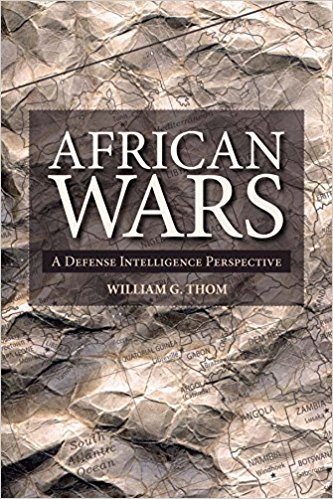 William Thom provides a rare gem in this book on African affairs, giving a sweeping tour of the continent's 20th and 21st century wars from his perspective as a former U.S. Defense Intelligence Agency analyst. As the administration of U.S. President Donald Trump pushes for the U.S. military to do more counterterrorism in sub-Saharan Africa, understanding the continent's past conflicts and how they impacted Washington's interests will become increasingly critical, especially considering how many Americans in and out of government have a firm grasp on Africa and its history. Available for purchase from Amazon.

Democratic Ideals and Reality: A Study in the Politics of Reconstruction (Non-Fiction Book) 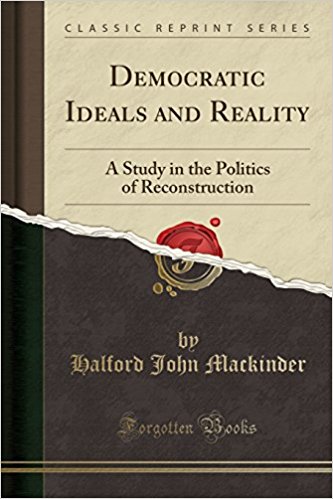 Completed in December 1918 and published in early 1919, Mackinder's book is perhaps as relevant today as it was at the end of the Great War. Mackinder, most famous for his heartland theory positing that whoever rules Eastern Europe rules the world, was in many ways a product of his time. He and his theories are often associated with the promotion of empire and the zero-sum calculus of the later Cold War period. But many of Mackinder's theories are still broadly relevant today, including his argument that the cold realities of geopolitics need be understood if one is to seek to create something "better," to reshape the world and promote new ideals.
In Democratic Ideals and Reality, Mackinder delves into emerging social dynamics, from questions about urbanization and inequality to a discourse on the emergence of the "half-educated" — those that are "capable of seizing ideas, but [who] have not attained the habit of testing them and of suspense of mind." This work, almost a century old, is an important exposition of how geopolitics bears on the intersection of desire and reality. Available from Amazon. 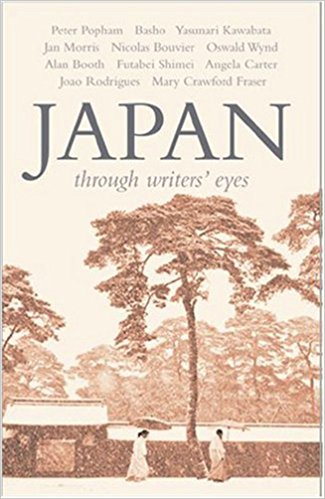 This travel companion is well-suited to anyone with more than a passing interest in Japan. Ingrams has compiled an enthralling collection of varied writings, including by the great poet Basho, firsthand accounts of Dutch traders making the arduous and degrading visit to the Shogun during the Edo period, and engaging modern accounts of Osaka's vibrancy and culture. The short entries are arranged geographically and are easy to digest individually or read from start to finish. Available for purchase from Amazon.

Havana Without Makeup: Inside the Soul of the City (Non-Fiction Book) 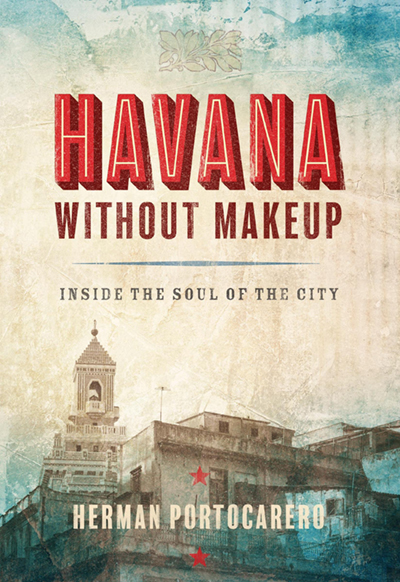 There are two standard narratives that define almost any profile of Cuba: The sympathetic view praises the health care, the social cohesion, the music, the vintage cars and resonates to the theme of "Viva Che." Alternatively, the many harsh critics of Fidel Castro and his revolution decry the police state, the political prisons, the decades of exported ideology and the ensuing disasters. This book is a welcome departure from those narrow and entrenched understandings of Cuba. Authored by the EU ambassador to the island — a Belgian of Spanish ancestry — the book is an unflinchingly objective look at Cuba through the lens of its capital city. Portocarero clearly loves Havana, a city in which he has lived on and off for decades. He eloquently traces the centuries of unique history that led to the 1959 revolution.
With unparalleled access to all corners of society, he masterfully walks the reader through much that is hidden from the outside eye, including the syncretic religion known as Santeria, Cuba's Chinese and Jewish histories, the family dynamics of the Castro clan and much more. But he also makes no excuses for the excesses and failings of the Cuban government and devotes a significant portion of the book to exploring how the island has managed to avoid reckoning with the realities caused by bad governance. This manifests in various ways, resulting in human misery, architectural and historical ruin and an unsustainable economy that has long teetered on the edge of collapse. Available for purchase from Amazon.

Princes, Brokers, and Bureaucrats: Oil and the State in Saudi Arabia (Non-fiction Book) 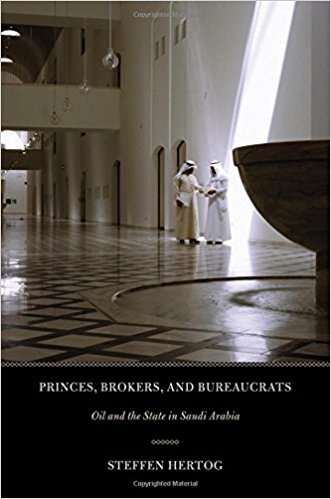 If you want to understand the enormity of the political shift going on in Saudi Arabia under King Salman and Crown Prince Mohammed bin Salman, this is the book for you. It's a comprehensive dive into the development of the Saudi political system from the kingdom's inception until 2010, tracking the power of different branches of the ruling family and how Saudi princes were able to build up financial patronage through their fiefdoms. Hertog provides valuable context to the most recent political shifts in Saudi Arabia, which are shaking the traditional power bases to their core. Available for purchase from Amazon.