Syria: Outside Patronage and a New Offensive for the Regime

Syrian troops May 13 in Western Dumayna, which is 7 kilometers (4.3 miles) north of Qusayr.

The battle for the Syrian city of Al-Qusayr, which came under regime artillery fire May 19, is actually part of a larger battle for the highly coveted Homs governorate. As we noted in 2012, the battle has wide-reaching ramifications for the Syrian rebels since Al-Qusayr sits along a major transit point for rebel supplies and reinforcements coming in from Lebanon. But it is equally important to loyalist forces. If the Syrian regime loses control of the Orontes River Valley and its major road junctions, Damascus will be largely cut off from Aleppo and the Alawite-dominated coast, which would limit the regime's access to supply lines from port cities.

The regime's renewed offensive against Al-Qusayr was made possible by support from Iran, Russia and Hezbollah. However, geography will determine which side holds the advantage. In northern and eastern Syria, the regime remains on the defensive; in the core, the advantage clearly belongs to the loyalists. With the country squarely divided, the Syrian civil war will continue to be a protracted conflict — even as the regime prevails in Al-Qusayr.

Supported by Hezbollah fighters, loyalist forces began their offensive against Al-Qusayr with a barrage of artillery fire. Given that the rebels are entrenched in static positions throughout the city, massed artillery fire can have a particularly devastating effect. Regime forces are largely deployed to the north and east of the city, while fighters affiliated with Hezbollah are reportedly advancing on the city from the south and west.

Hezbollah has long been involved in the fight over Homs, but the May 19 offensive marks a clear escalation in Hezbollah's involvement. Tensions in Lebanon have grown alongside this increased involvement. For example, rebels struck the Lebanese town of Hermel with rocket artillery on May 19. And the anger Lebanese Sunnis feel toward Hezbollah threatens to spill over into a full-blown armed conflict.

Al-Qusayr is not the only theater in which al Assad has received considerable external support. Iran and Russia continue to deliver much-needed material and equipment, including spare parts needed to maintain the regime's critical advantage over the rebels: the air force. Tehran and Moscow also have reportedly played a major role in giving economic support, which is used to fund the war effort and pay hefty salaries to security forces.

External help also enabled Syria to create a new militia, known as the National Defense Force, to offset the losses incurred by the army. With the help of Iranian and Hezbollah advisers, the regime was able to rapidly train and deploy members of this militia. The National Defense Force has brought reliable manpower to the loyalist cause, but equally important, it has helped free up the conventional army to execute difficult offensive operations. 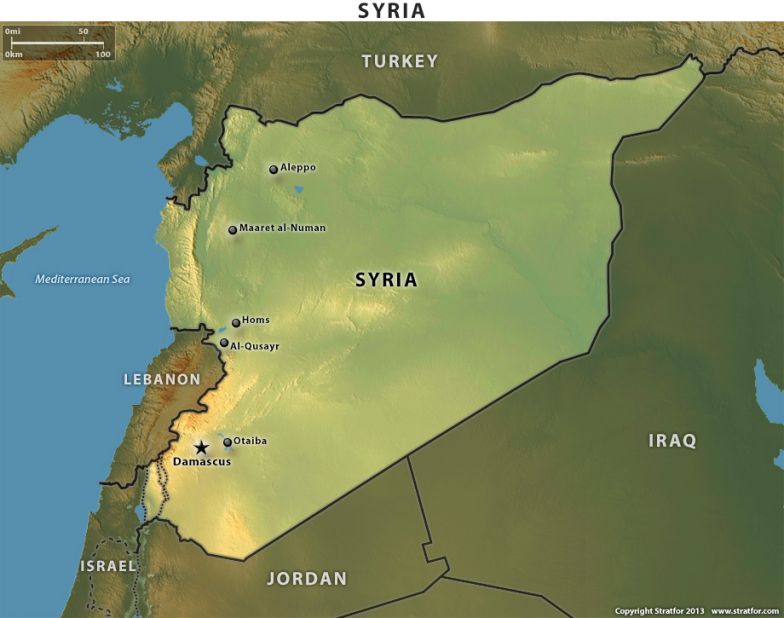 Bolstered by this external aid, the loyalist forces have been increasingly able to crack down on rebel positions within the Syrian core, which extends from Damascus to the Alawite coast and passes through the Homs governorate. This division creates problems for both sides. Al Assad's forces are currently incapable of launching comprehensive offensives to relieve their positions in the north and the east. For their part, the rebels are also finding it almost impossible to relieve their beleaguered comrades in Homs city and Al-Qusayr.

In fact, over the past few months, fighting has regressed to battles of exhaustion and campaigns of attrition. Instances where the rebels could quickly seize a major city in only a few days — as they did in Raqqa — are the exception rather than the norm.

In the battle for Homs, external support gives the regime the military edge. But despite this superiority, the regime probably will not stamp out the rebel resistance entirely, even if it retakes Al-Qusayr. Time and again the rebels have demonstrated a talent for retreating from areas in which the regime musters overwhelming force. The regime has been careful to surround Al-Qusayr from all directions, but the rebels will continue to escape through regime gaps into the countryside or to other rebel strongholds in Homs, such as Rastan and Talbiseh.

However, thanks to considerable Hezbollah aid, the regime has largely subdued rebel operations in the Homs governorate, a goal it has tried to achieve since the early stages of the rebellion. Control over Homs will enable al Assad to rapidly move forces from the north to the south to meet emerging rebel threats. It will also provide a key avenue of retreat to the Alawite coast in the event that he needs to flee Damascus.