Tariffs, Sanctions and the Problem of Trade-Based Money Laundering 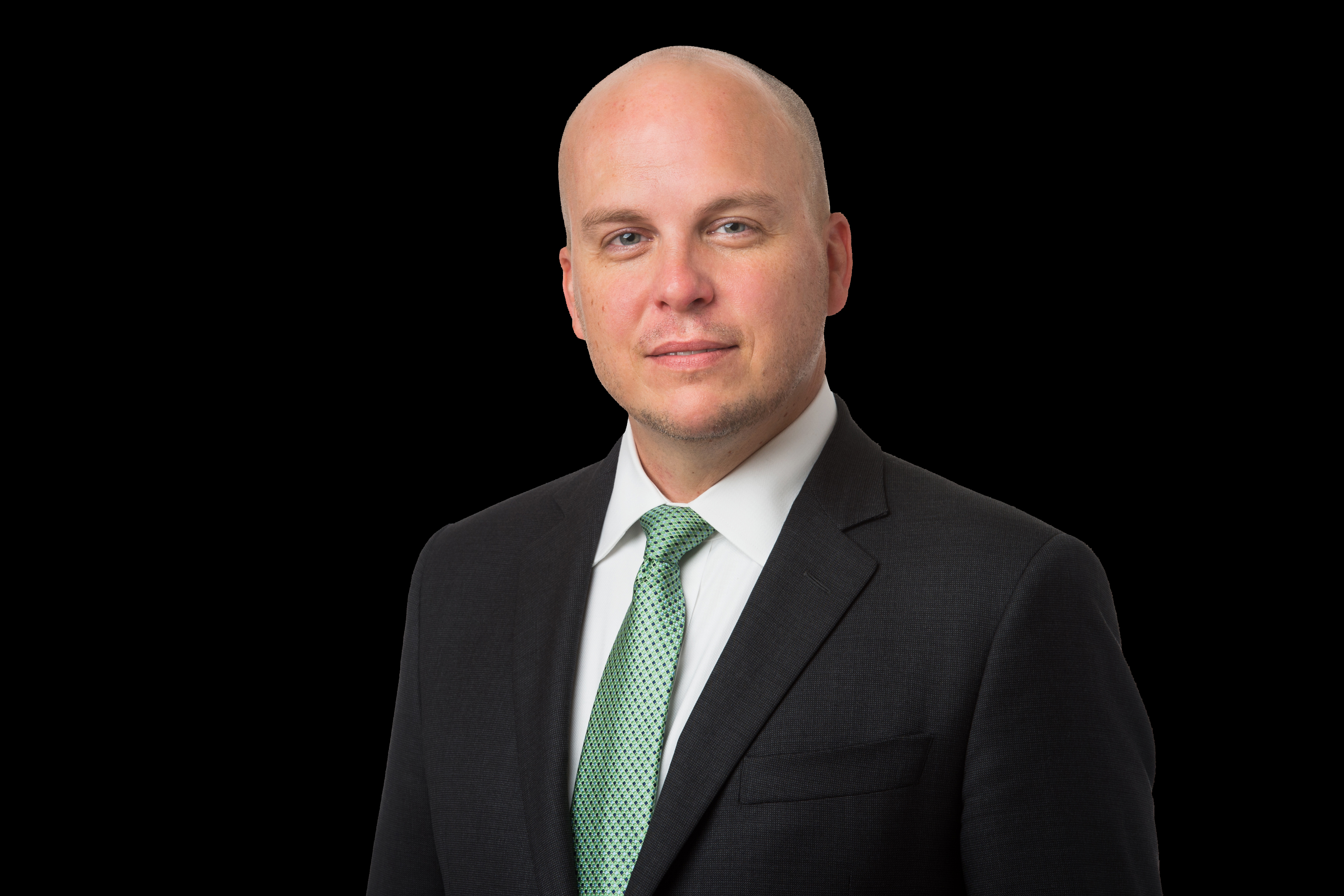 Federal agents and local police officers raid a business in Los Angeles' fashion district on Sept. 10, 2014, as part of an investigation into alleged 'trade-based money laundering' by Mexican drug cartels. Authorities say the cartels use businesses to convert their narcotics profits into pesos.

"Value touches everything," an anti-money laundering specialist once said. This motto conveys the nuanced interconnectivity of supply chains, finance and politics. The "anti" in anti-money laundering is somewhat misleading as simple prohibitions in this area, for the most part, do not work. After all, liquidity often follows the path of least resistance, making a world of dams impractical.

Trade-based money laundering (TBML) exploits the fungibility of value in something often referred to as an art form by investigators. TBML schemes can involve misrepresentations of prices, quality or quantity in trade invoices. TBML designs use any good with any value and typically incorporate traditional money laundering methods, such as structured payments, or common laundry tools like shell companies. The challenge of anti-TBML is so widespread and common that some describe it as searching for a needle in a haystack.

What TBML Is, What It Isn't and Why It's a Problem

TBML occurs when trade is used to disguise the transfer of profits obtained illegally. A simple example would be drug cartels shipping used cars internationally as payment for cocaine smuggling, now mostly done through homemade submarines. The ability to hide the ownership and origins of ill-gotten gains is crucial to the survival of transnational criminal organizations, terrorist groups and various forms of grand corruption. TBML methods are often part of structural and related issues with illicit financial flows (IFFs) — defined as money illegally earned, transferred or used that crosses borders. Some estimate that IFFs from developing countries to developed ones run in the trillions of dollars every year.

There is currently active debate over how to differentiate between TBML and IFFs. It stems from a problem of observation, which in itself stems from the concept of state sovereignty. Ultimately, because the international system is anarchic (that is, there is no government authority higher than the nation-state), value transfer methods that some countries view as illicit are not always strictly illegal, understood as such or treated as a crime. Unless a globally comprehensive trade transparency agreement emerges — a highly unlikely prospect in today's competitive multipolar climate — this situation will remain the case.

The basics of TBML are often referred to as under-invoicing, mis-invoicing or over-invoicing. Two entities can make an exchange of goods and agree to prices that do not represent the market value of the goods being exchanged. Schemes, meanwhile, can be scaled or structured in virtually any number of ways. Internationally, there is little that anyone can do to address this issue in the absence of government-to-government cooperation (that is, customs to customs) in which authorities and importers/exporters can monitor and verify transactions in real time. Many have viewed this as largely impossible, but the growing interest in distributed ledger (blockchain) technologies could alter the playing field.

Trade-based money laundering methods are used by everyone from drug cartels and terrorist groups to governments and legitimate businesses.

Terrorist and criminal threats are clear and present around the world, but their connection to TBML is not always obvious. The structural problems of systemwide corruption and illicit outflows in developing countries are closely related. However, the observational problem mentioned previously remains. TBML methods are not universally recognized as such, and they are used by everyone from drug cartels and terrorist groups to governments and legitimate businesses. TBML methods are used for legal, quasi-legal and illegal purposes including supply chain efficiency, lowering tax/customs burdens, money laundering and terrorist financing. The Financial Action Task Force (FATF), the world's intergovernmental anti-money laundering body, issues recommendations to financial intelligence units in member countries and is well aware of the issue. FATF published a white paper on TBML 12 years ago but has not yet issued an official recommendation.

TBML and IFFs Set to Grow With Trade Wars, Tariffs and Sanctions

After more than a year of talk about a looming U.S. trade war with China and several rounds of retaliatory tariffs, media outlets appear increasingly comfortable and confident referring to it as a "war" in the present tense rather than the possible or future tense. The United States added around 1,500 individuals and entities to its sanctions lists during 2018, more than twice the annual average over the past 10 years.

The United States has the largest consumer market in the world, holds the premier reserve currency and hosts the largest financial center on earth. For many reasons, the United States is uniquely positioned to leverage tariffs and sanctions against other countries. But similar to any tool of coercion in law enforcement, the capability and willingness to fire a gun does not guarantee it will generate the intended outcome or even hit the target. Indeed, the law of unintended consequences applies.

Two of the most heavily sanctioned regimes — Iran and North Korea — continue building and firing missiles while trading oil, coal, gold and everything else. It is unlikely that tariffs will change communist or theocratic policy or ambitions. More likely, these enforcement actions are driving sanctioned and tariffed entities — from terrorist groups to transnational criminal organizations to Russian oligarchs — to get creative in how they evade these actions. TBML allows for, and in fact demands, creativity. The Black Market Peso Exchange, a money laundering scheme common with drug traffickers, is a canonical example of TBML, but practices are as diverse as the markets the participants operate in. For instance, someone can plate iron bars in gold and then invoice them as solid gold, or an entity can ship billions of dollars in silica sand from Cambodia to Taiwan and Singapore but never record the transfer as an export.

Trade-based money laundering allows for, and in fact demands, creativity.

In a trade war, multinational firms and state-owned enterprises eager to avoid tariffs and other political frictions become more likely to engage in questionable accounting and invoicing tactics, thereby increasing levels of TBML and IFFs, however one wants to distinguish between the two. Together, everything here spells bad news for governments in the form of revenue losses and rising crime and terrorism. Of course, much of this is largely conjecture given the fact that we can only estimate levels of things that actively try to stay hidden, such as money laundering.

Politics, much like the markets politicians attempt to manage, tends to run in cycles. The current international environment of trade wars, tariffs and sanctions will eventually recede even if it gets far worse first. The U.S. government, currently sanctioned states and multinational firms all have a shared interest in preventing transnational non-state criminal and terrorist groups from gaining power and wealth through TBML schemes. However, it is highly unlikely that all sovereign states will readily recognize this. More likely, firms will begin or continue researching and negotiating distributed ledger technology programs with countries and other firms willing to sign on and develop shared information technologies. In the end, sovereign states that decide to work with firms to help facilitate this new type of blockchain transparency will come away from the current trade war in better shape than the rest.

• The Geopolitics of the United States, Part 1: The Inevitable Empire
• The Geopolitics of Rare Earth Elements
• Russia Takes on Its Demographic Decline
• Murder in Mexico: What's the Danger to an American Tourist?
• Espionage and LinkedIn: How Not to Be Recruited As a Spy
• Why the S-400 Missile is Highly Effective — If Used Correctly