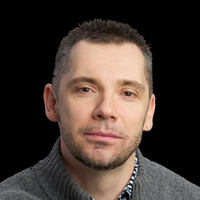 Linas Jegelevicius
Board of Contributors

Russian President Vladimir Putin (C) watches the opening game of the 2018 World Cup next to FIFA President Gianni Infantino (L), who has praised him for the turnout at the tournament.

Sit back, relax and enjoy the show. That's the message Russian President Vladimir Putin seems to be broadcasting to his country, and the rest of the world, with this year's World Cup. And so far, it's paying off. The tournament, which has won Putin praise from FIFA President Gianni Infantino for its impressive turnout, has proved a diversion from the domestic and international issues facing the Kremlin. The tactic is a familiar one in Russia, which annexed the Crimean Peninsula just weeks after hosting the 2014 Winter Olympics -- some have argued to distract the public from the controversy surrounding the spectacular and expensive games. In an apparent reversal, this time Putin is using the World Cup to upstage the political turmoil in and around the country....