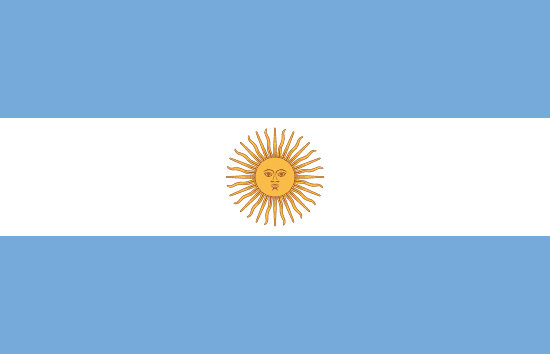 Argentina is one of the most resource-rich countries in the world and faces few immediate external threats. The South American country is bound in the north by the rivers of the Rio de la Plata drainage basin, in the west by the Andes Mountains, and in the east by the Atlantic Ocean. Its core territory is the fertile Humid Pampas region, which includes the populous capital city of Buenos Aires. This area is the heart of Argentina’s large agricultural sector, supported by soybeans, wheat, corn and yerba mate. The areas west and south of this core area much more arid and rural but are rich in oil and natural gas. The Andes Mountains, towering to nearly 7,000 meters (23,000 feet), form a natural barrier between Argentina and Chile and protect Argentina's western flank. This protection adds to the natural protection afforded all of South America by its geographic isolation. The only local threat to Argentina is Brazil's growth, which poses a risk to Argentina's control over the all-important Rio de la Plata drainage basin. Argentina's biggest security concern has always been any possible blockade of this basin or of the Port of Buenos Aires, located at the mouth of the river. However, South America's relative isolation and Brazil’s historical weakness have protected post-Colonial Argentina. From its secure position, Argentina has been able to develop the strong agriculture and energy export markets that have made the country wealthy. However, its intrinsic security has also allowed Argentina to become overly focused on domestic issues and has contributed to its failure to develop stable institutions.