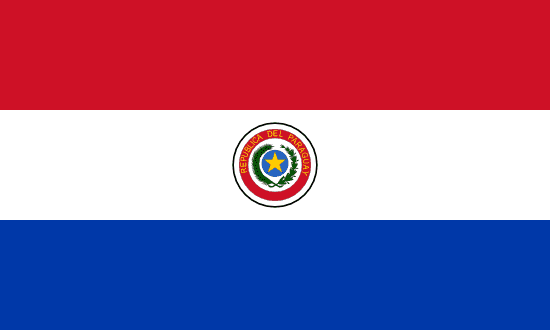 Paraguay is a landlocked country squeezed by South America's two largest countries, Argentina and Brazil. Paraguay also borders Bolivia. Because of its geopolitical position, Paraguay's integration in the global economy is basically at the mercy of Argentina and Brazil. In fact, the bloodiest war in South American history involved Paraguay against an alliance of Argentina, Brazil and Uruguay. The War of the Triple Alliance, from 1864 to 1870, was responsible for the death of almost 90 percent of Paraguay's total male population. Additionally, Paraguay lost territory on the borders with Argentina and Brazil that it had long claimed as its own. Paraguay also fought a war in the 1930s with Bolivia. But if the War of the Triple Alliance resulted in the loss of disputed territory, the Chaco War, as the conflict is known, ended with Paraguay in control of two-thirds of the semi-arid region of Chaco located on the border between the two countries. The core of Paraguay is around its capital city, Asuncion, which is located at an important transit point in the Paraguay-Parana waterway, which connects Brazilian, Paraguayan and Argentine markets. Paraguay's proximity to South America's largest economies, Argentina and Brazil, as well as its low production costs have made the country a top destination for Argentinian and Brazilian manufacturing investments. Since the early 1990s Paraguay has been a full member of the Common Market of the South along with Argentina, Brazil and Uruguay. Membership in the bloc gives Asuncion veto power in trade negotiations involving these countries as well as trade tariff preferences.