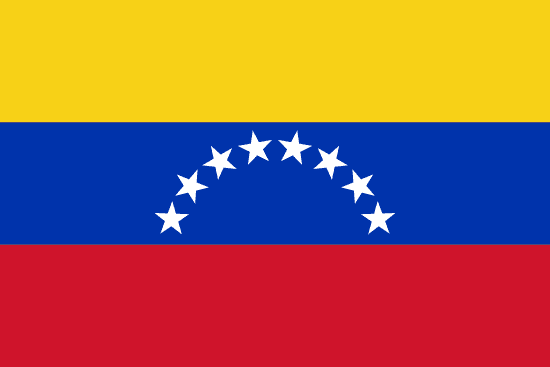 Located in South America, Venezuela is bordered by Colombia, the Caribbean Sea, Guyana and Brazil. Colonized by the Spanish in the 16th century, Venezuela became an independent country in 1830. The northern portion of Venezuela is dominated by the eastern spur of the northern Andes. The mountains are cooler than the surrounding subtropical plains and host the majority of Venezuela's population. The country's core includes Lake Valencia and Caracas. Since the late 19th century, oil has been the driving force behind Venezuela's political and economic affairs. The first discoveries were made in the Maracaibo basin, and later discoveries revealed heavy, sour crude deposits in the Orinoco basin. The tropical Orinoco basin is largely unpopulated, with little significant infrastructure. Just to the south are the Guiana Highlands, which buffer Venezuela from the jungles of the Amazon River basin. As a Caribbean country, Venezuela lies within the direct sphere of influence of the United States. The United States is not only the largest military power in the region, but also the largest consumer market and a key destination for Venezuelan crude oil exports. As a result, Venezuela's primary geographic challenge is managing its relations with the United States. Venezuela has throughout history used its relationship with the United States to attract the foreign investment and technological development that resulted in the country's well-developed oil sector. But relations between the two countries don't always match the economic reality. Former Venezuelan President Hugo Chavez built domestic and foreign policies around rejecting U.S. influence.