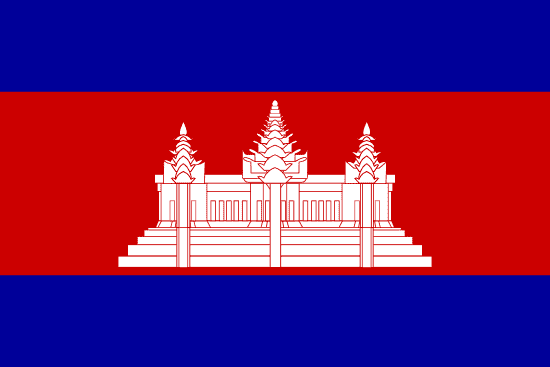 Cambodia occupies a transition zone between the western and eastern portions of mainland Southeast Asia and is defined by its weak geopolitical position between Thailand and Vietnam. This vulnerability led to massive instability throughout the 1946 to 1989 Indochina Wars and into the 1990s. In ancient times, the Cambodian Angkor empire controlled much of the Mekong Basin to the north, parts of Thailand, and extend east to the South China Sea. Since the fall of Angkor in the 15th century, however, Cambodia has been gradually eaten away by the expansion of powers to its east and west. Cambodia's core is the basin of the seasonal Tonle Sap lake and the lowlands where the Mekong River flows toward Vietnam. This region is home to much of Cambodia's population and produces its vital agricultural surplus. It also contains the capital city of Phnom Penh, which is a center for Cambodia's low-end manufacturing sector that accounts for nearly 80 percent of the country's exports. Having lost the Mekong Delta, modern Cambodia's only coastline is a 440-kilometer (273-mile) strip on the Gulf of Thailand that is largely screened off from the country's interior by the Elephant and Cardamom mountains. Furthermore, Cambodia lacks control of its main river system, the Mekong, which enters the South China Sea through southern Vietnam. Cambodia's unachievable imperative is to reclaim its lost buffer space and its eastern access to the sea via the Mekong. But its weak geopolitical hand makes modern Cambodia's achievable imperative to protect its lowland core and enlist the help of a foreign patron to guard against its powerful neighbors. However, doing so risks making the country into a client state or causing it to fall prey to a great power's games.