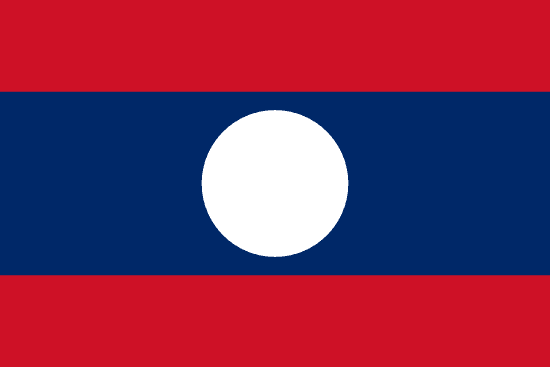 Laos stands at the crossroads of Mainland Southeast Asia. Fully landlocked, the country is isolated by mountains and surrounded by powerful neighbors, including China and Myanmar to the northwest, Vietnam to the east, Cambodia to the south and Thailand to the west. This geography has made Laos closely entangled in its region's geopolitical competitions. Since it was established as an independent entity in the 14th century, Laos has oscillated between serving as a land bridge for trade and communications and acting as a buffer between its more powerful neighbors. During its history, Laos has acted as both a vassal state and an invasion frontier for its larger neighbors. The country's primary geographic challenge is to secure its borders against threats from its powerful neighbors. The western highland means Laos has shared trade, ethnicity and religion with present day Thailand and, to lesser degree, Myanmar, but it also invited repeated invasions until the Laotian border retreated to the natural geographic barrier of the Mekong River. To the east, the Annamite Mountain Range and Annam Highlands provide a strong, albeit passable, barrier to Vietnamese expansion. Despite the protection they bring, the country's rugged mountain ranges and Mekong River tributaries also make Laos difficult to govern. Because of this, Laos has been vulnerable to external exploitation throughout its history. On the other hand, the mountains provide ample water for hydropower and numerous natural mineral and coal resources, though the terrain and climate limit agricultural activity. Because of its landlocked status, resource scarcity and powerful neighbors, Laos has limited options to secure sea access, economic lifelines or a strong defense. It has typically gained these by exploiting differences among its neighbors, accommodating them politically or by gaining the backing of an external power, as it did with France in the early 20th century. Today, enhanced road, rail and power linkages with Indochina place Laos at a crossroads for trade and communication. However, this also means China's expanded influence in the region puts considerable pressure on Laos.