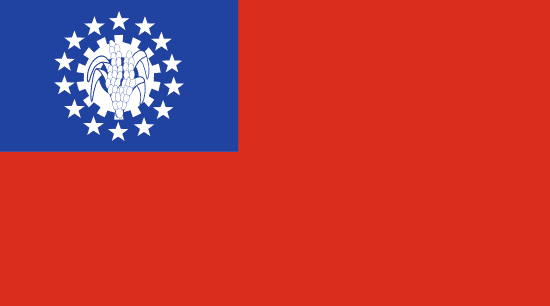 The core of Myanmar is the fertile Irrawaddy River valley. The region, a long, flat area that is relatively easy to consolidate, is vulnerable to invasion from the surrounding mountains, particularly the Hengduan Mountains along the northern border with China. Invading Mongols and the now-dominant ethnic Burman, for example, twice overthrew governments in the Irrawaddy valley. Though control of Myanmar's surrounding mountains provides security for the valley's core, it can also stir conflict with the various ethnic groups that inhabit the border regions. As a result, Myanmar has never completely solidified its own territory. The country borders Bangladesh and India to the west, but a mountain chain separates and protects it from those neighbors. To the northeast, likewise, high mountains and rugged jungle provide a formidable barrier against China. The Shan Plateau to the east poses less of a physical challenge, allowing various ethnic groups to move easily across political boundaries. Historically, the absence of a barrier has facilitated Myanmar's communication with Thailand and Laos, while also making for more frequent conflict with them. Myanmar's location makes it a natural bridge between the Indian Ocean basin, Southeast Asia and southern China. Coupled with the country's energy resources — including oil and natural gas — its position has made it a target for foreign intervention, whether overt, as with the United Kingdom or Japan, or less direct, as with China's recent ports, pipeline and transport infrastructure projects. Foreign interference, like internal ethnic conflict, is a perennial concern for Myanmar because of its physical geography.