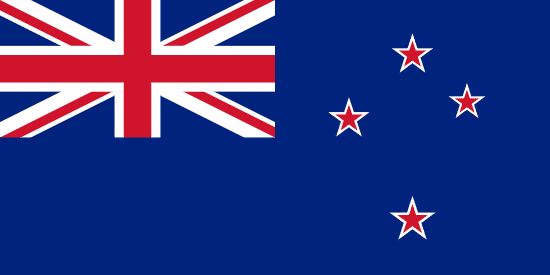 New Zealand is an island nation at the southwestern edge of the Pacific Ocean, lying around 1,600 kilometers (994 miles) across the Tasman Sea from the Australian island of Tasmania. Geologically, New Zealand is part of a distinct continent known as Zealandia that also includes the French territory New Caledonia. Geographically, however, it is grouped within the broader Oceanic subregion of Polynesia, which is an assortment of over 1,000 islands to the northeast of New Zealand that includes Tahiti, Samoa, Easter Island and Hawaii. Travelling from Eastern Polynesia, New Zealand's original inhabitants, the Maori, arrived by boat around 800 years ago. In the 18th century, British colonists arrived as an after-effect of Australian settlement. Though it is comprised of over 600 islands, most of New Zealand's current inhabitants live on either the South Island or the North Island, with the North Island accounting three-quarters of the country's population. New Zealand's exclusive economic zone, on the other hand, is 15 times the size of its landmasses. Agricultural products dominate New Zealand's exports, with the lion's share destined for Australia and broader Asia. Unlike neighboring Australia, New Zealand is unlikely to develop a significant mining or hydrocarbon sector to diversify its economy. In the maritime realm, New Zealand has an unrecognized claim to a wedge of Antarctica known as the Ross Dependency as well as a loose federation with the Cook Islands, Tokelau and Niue. Like Australia, New Zealand's main geographic challenge is to overcome both its remote location and its tiny population. New Zealand's strongly pro-trade policies and collective security agreement with Australia and the United States seek to ensure that sea lanes remain open and that New Zealand is safely under the umbrella of the dominant global maritime power's protection. At the same time, it must balance these security ties with its interests in maintaining access to growing markets in the Asia-Pacific such as China.