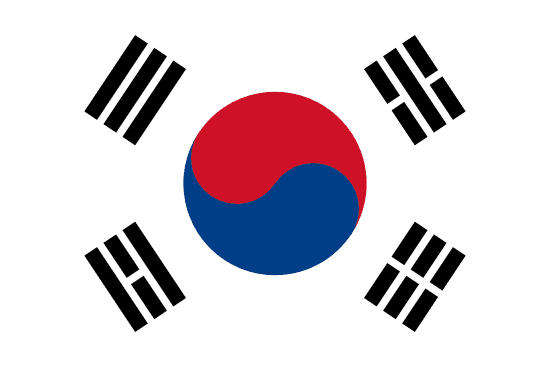 The Republic of Korea, also called South Korea, occupies the southern half of a peninsula that juts out of the Asian mainland toward Japan. The country shares its only land border with North Korea, which it also borders in the Yellow and East seas. It shares maritime borders with Japan to the east and China to the west. South Koreas primary geographic challenges are overcoming internal fractures to maintain cohesion, and securing its maritime sphere and its southwest lowland pockets from its more powerful neighbors. The ancient kingdoms of Baekje and Silla occupied the distinct geographic pockets of the southern peninsula, standing in contrast to a more unified space where North Korea now sits. The Taebaek mountains run along much of South Korea's eastern coast, largely protecting the country from invasion by sea from this direction. These mountain ranges provide a level of protection to the peninsula's most vulnerable feature: a north-south corridor of lowlands and hills along the west coast. This coast (as well as much of South Korea's southern coastline) is protected from easy landing by countless islands, mudflats and tidal rips. However, the Nakdong River valley at Pusan offers a point of incursion to would-be invaders. From here, they can pass over the lower elevations of the Sobaek Mountains and onward to the western core. This has been the gateway for those seeking to control the peninsula, from the failed 16th century invasions of Japanese Daimyō Toyotomi Hideyoshi to the Japanese empire's later efforts in the 19th century. A North Korean invasion in 1950 (repelled by U.N. forces defending the Pusan Perimeter) highlights another key vulnerability for South Korea: the potential for incursions from the north via the western coastal strip. To hedge against aggression from all directions, South Korea is focused on securing its maritime space, particularly in the south and west. The country has prioritized its possession of Jeju Island in the Jeju Strait and has in the past held claims to Tsushima Island. Disputes with China over the Socotra Rock in the Yellow Sea and with Japan over Dokdo in the East Sea are also important elements of South Korea's overall maritime strategy. The Korean Peninsula's historic policy of isolation was one way of remaining out of the crosshairs of its neighbors, but it has also aligned itself with rival powers throughout its history. Most recently, South Korea has used a third party — the United States — to maintain balance against neighbors that threaten it from sea and land.