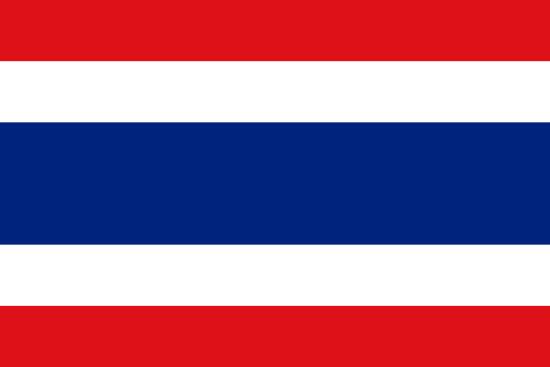 Located in Southeast Asia, Thailand is bordered by Myanmar, Laos, Cambodia and Malaysia. The core of modern Thailand lies on the flat, rich lowlands in the central Chao Phraya River basin. This basin is one of the world's most fertile agricultural areas, growing mostly rice and fruits. As a result, it became a political and economic center, where Bangkok, the country's capital, was founded. Thailand’s strategic location between Indochina and the Andaman and South China seas, along with its agricultural resources, has historically made it a target of foreign invasion. Therefore, Thailand’s main geographic challenge is protecting its core from invaders while consolidating power in its diverse outlying regions. Protected in the north by mountains and the Khorat Plateau, Thailand’s biggest external threats have come through the Tenasserim mountain range from Myanmar or from Cambodia to the east. But Thailand’s central location also helped prevent its colonization, as the French and British used it as a buffer between each other's empires. Thailand’s geography has also presented internal challenges. In the northwest, mountainous terrain has prevented the area from being easily controlled, fostering political struggles in modern times between these provinces and Bangkok. Annexed in the early 20th century, southern Thailand has an ethnically Malay, Muslim majority and continues to resist Bangkok through low-level insurgency and violence. Although Thailand's size, location and arable land allow it to exert influence regionally, its unwieldy periphery and occasionally hostile neighbors will continue to present it with challenges.