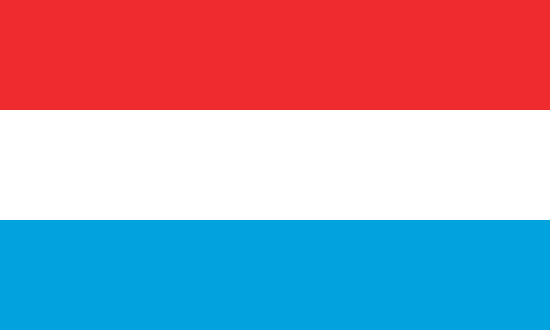 Luxembourg is a country in Western Europe. With a population of roughly 600,000 and an area of less than 2,500 square kilometers, it is one of the smallest countries in Europe. Despite its size, Luxembourg has a strategic position due to its location between France and Germany, two of the main political, economic and military powers on the Continent. Consequently, Luxembourg displays a mix of French and German cultures, and both languages (as well as Luxembourgish, the local language) are spoken in the country. Luxembourg also maintains close ties with Belgium and the Netherlands, with whom it forms the political and economic union known as the Benelux. Geography has traditionally forced Luxembourg to find a balance between France and Germany, two nations that have often been at odds with each other. While Luxembourg has frequently chosen to remain neutral in Franco-German disputes, its powerful neighbors have not always respected the country's territorial integrity. Luxembourg’s desire for peace lies at the root of why it helped found European Economic Community, the predecessor of the European Union, in the wake of World War II. Luxembourg is also a founding member of other entities such as the OECD, NATO and the eurozone. Steel production has been a prominent activity in Luxembourg since the 1870s. In recent decades, however, the country has significantly expanded its services sector, including banking and finance. As evidence of this, Luxembourg is the second largest investment fund center in the world after the United States. The country also offers an attractive business environment for companies in the digital sector. Luxembourg is currently one of the richest countries in the world in per capita terms. Luxembourg’s main geographic challenge is to prevent any conflicts in Northern Europe that could threaten its territorial integrity or its economy. Accordingly, Luxembourg often positions itself as a mediator between its bigger neighbors while defending multilateralism and political and economic integration in Europe.