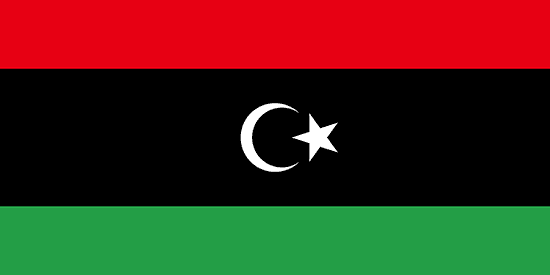 Libya lies in the middle of North Africa’s Mediterranean coast, bordered by Tunisia and Algeria to the west and Egypt to the east. Across the Sahara Desert, the country’s southern edges touch Niger, Chad and Sudan. Libya is divided into three geographic regions: Fezzan, the desert interior; Cyrenaica, the Mediterranean hills running east to the Egyptian border; and Tripolitania, the coastal deserts and oases of the west. Because the country’s two largest cities, Benghazi and Tripoli, are separated by a long stretch of sparsely populated coast, Libyan power tends to split between east and west. Libya has no year-round rivers or lakes, and it boasts only small forests in Cyrenaica. Though it is the fourth-largest country in Africa by landmass, Libya ranks 36th by population, home to a mere 6.2 million people. However, the state has the ninth-largest proven oil reserves, making trade and secure sea lanes critical to Libyan prosperity and security. From gaining independence in 1951 to the outbreak of civil war in 2011, Libya used its energy resources to import technology and goods that transformed its economy. Chief among these projects was the Great Man-Made River, which brought underground water supplies from the desert to the coast, improving Libya’s trade capabilities and boosting its influence across Africa. Because Libya has no natural geographic barriers to fortify its land borders, its governments often struggle to establish order across their territory while protecting the country’s long, exposed coastline from other Mediterranean powers. Friendly ties with European countries are therefore vital to Libya’s security, because the state cannot defend its coastline from Continental navies. Libya’s primary geographic challenge is thus to guard its winding coasts and borders while using its substantial energy resources to develop the country.