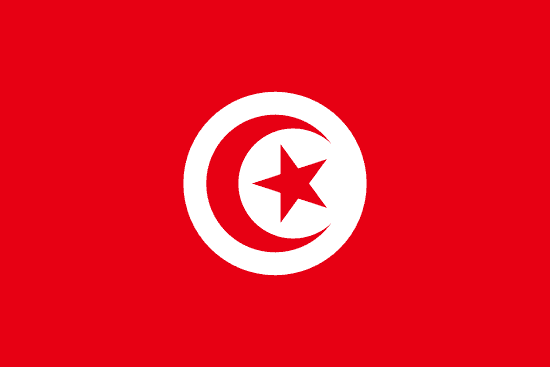 Tunisia sits at the northwest corner of North Africa, and is divided geographically between its temperate, mountainous northern coastline, its warm, central plains, and its hot, dry Sahara Desert interior. To maintain its prosperity, Tunisia's primary geographic challenges are to manage the economic divide between its interior and coastline, while also defending the country's geographically open borders and trade routes with Europe. Though it lacks major natural resources, agriculture has flourished for centuries in Tunisia's mountainous north. Tunisia's location on the Mediterranean is a double-edged sword. It provides it with access to trade routes while also opening it up to attacks from powerful states. Though the country's interior is much more defensible, the coastal region produces 85% of Tunisia's gross domestic product. Its capital and largest city, Tunis, sits on the Bay of Tunis where a natural harbor facilitates trade, but provides an easy landing point for invasion. Beginning with the Roman conquest of Carthage in the second century B.C., Tunisia was under foreign occupation for much of its history. Its last occupation ended in 1956 when French colonization ceased, but trouble on Tunisia's southern border persists today. To maintain prosperity, Tunisia needs access to European trade routes across the Mediterranean Sea. Doing so requires close relationships with powers strong enough to keep those routes open, and Tunisia has thus remained close with its powerful former colonizer, France. Because Tunisia is too weak to control or influence neighboring Algeria or Libya, it chooses to focus on maintaining its trade routes to Europe.