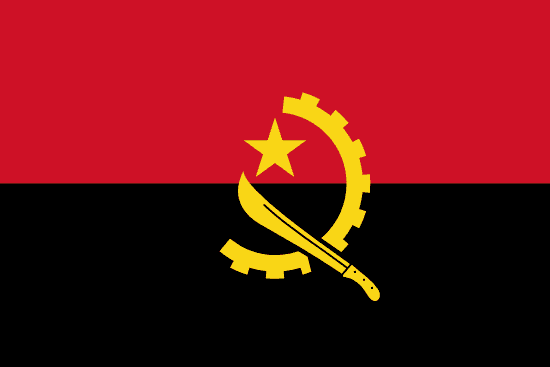 Angola is a former Portuguese colony located in southwest Africa. It is mostly semi-arid savanna, with few natural geographic defensive barriers. The Namib Desert is found along its southern coastal strip, and the Congo Rainforest lies to Angola's north. Crude oil is the country's predominant natural resource, found on and offshore northwestern Angola. The country is roughly 1.25 million square kilometers, but is relatively unpopulated, with approximately 20 million people. Angola's main geographic challenge is maintaining control over its ethnic divisions across vast distances. The planalto and Kwanza River Basin are the two regions capable of supporting a substantial population. The planalto is Angola's single elevated region and is the core for the majority Ovimbundu peoples. Relatively high rainfall makes this area Angola's corn-based agricultural breadbasket. The Kwanza River is Angola's sole navigable river and flows from the planalto to the Atlantic Ocean near the capital, Luanda. The Kwanza river mouth is a navigable entry into Angola's interior, allowing internal and external trade. This is the core for the ruling minority Mbundu. The internal struggles and civil war between the Mbundu and Ovimbundu ethnic groups were triggered when the country gained independence in 1975. The Mbundu's absorption of the colonial infrastructure in Luanda and the country's licit crude oil-based economic relationships led to the group's control of the country, dominating the agrarian Ovimbundu. As a result of this dynamic, the Angolan government relies on a robust internal security force to control the vast, remote and resource-rich country against domestic rivals.