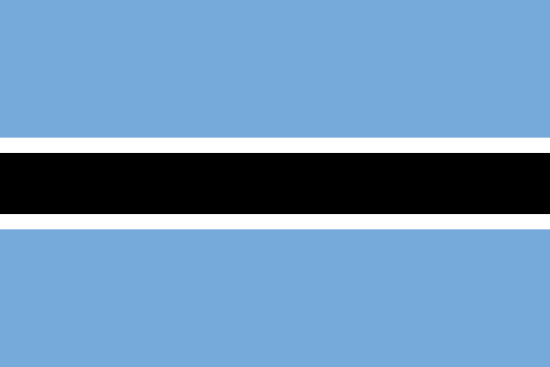 Botswana is a sparsely populated, landlocked country in southern Africa bordered by Zimbabwe to the east, Namibia to the west, South Africa to the south and Zambia to the north. Compared to many sub-Saharan countries, Botswana has excelled at achieving political stability. For decades, the country has gained accolades for its democratic traditions and stability relative to its neighbors. Among other things, this may be due to Botswana's relatively small population, few ethnic divisions and concerted efforts from the country's leaders. Botswana's main geographic challenge is its landlocked status. The lack of port access increases the cost of doing business and, most notably, the costs of imports and exports. This has negatively impacted Botswana's mining industry, which remains the country's most lucrative sector. Rich in diamonds, nickel, copper and other minerals, Botswana is forced to use transport corridors through neighboring countries to access markets beyond its borders. In addition, the country's dependence on natural resources increases its vulnerability to fluctuations in commodity prices. Like all landlocked countries, it is imperative for Botswana to manage its relationship with its neighbors. This has meant Botswana must grapple with the hegemon of its region, South Africa, though their shared status as former British colonies has spurred ties and infrastructure connections between the two. Since the end of the Cold War and the start of the post-Apartheid era in South Africa, these ties have only increased as Botswana has firmly integrated itself into South Africa's economy and infrastructure network. In 2000, for example, Botswana was a founding member of the Southern African Development Community's Free Trade Area.