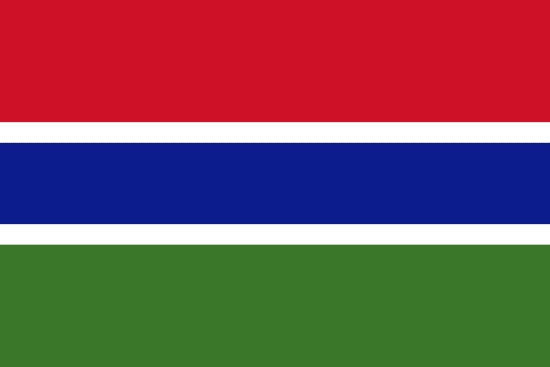 Gambia is a tiny West African country on the Atlantic coast which is almost completely surrounded by Senegal. Modern-day Gambia was created by competition between the British and French empires. British explorers claimed both sides of the Gambia river that gives the country its name, carving a wedge between French positions at the Senegal and Casamance rivers to the north and south. Over time, however, British ambitions in West Africa were halted by French expansion into the hinterland, giving Gambia its unique geography. Gambia's chief geographic challenge is that it is almost entirely encircled by its much larger neighbor, Senegal. This has pushed successive Gambian leaders to make managing relations with Senegal a key focus of foreign policy, with varying degrees of success. Gambian leaders have, for example attempted to gain leverage over Senegal by supporting Casamance rebels. For many decades, insurgents in the Casamance region in the Senegal's extreme south have pushed for secession. Over the years, Gambia's ties to these secessionists have provoked interventions or reactions from Senegal. Gambia's uncomfortably cozy relationship with Senegal was most recently on display in 2016, when the former strongman of Gambia, Yahya Jammeh, lost the presidential election. Jammeh tried to renege on the election but Senegal sensed an opportunity to install a more democratic, less hostile Gambian government. After a Senegalese and West African intervention force intervened, Jammeh fled the country. After years of isolation and rule from strongmen, Gambia has struggled to become a multiparty democracy.