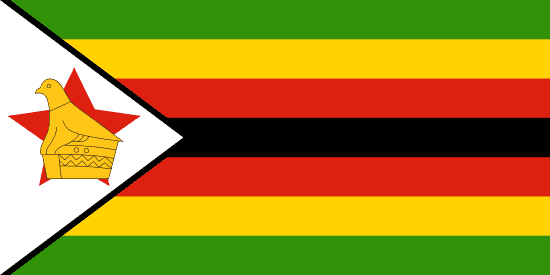 Zimbabwe is a landlocked southern African country surrounded by Mozambique to the east, South Africa to the south, Botswana and Namibia to the west, and Zambia to the north. The country traces its roots to the 13th century Kingdom of Zimbabwe, which covered roughly the same geographical area as the country does today. The kingdom capitalized on the then-growing and lucrative ivory and gold trade from the African interior to Arab traders on the Swahili coast to grow into an important force on the continent for more than two centuries. However, while the legacy of the Kingdom of Zimbabwe is notable, the country's recent history has been profoundly marked by European colonization and the subsequent period when Zimbabwe was known as Rhodesia. Indeed, the independence of Botswana and other British colonies and the ending of Portuguese colonialism in neighboring Mozambique placed immense pressure on white minority rule in Rhodesia and led to eventual black majority rule. Today, Zimbabwe's 16 million citizens remain mostly rural. Harare, the capital, is far and away the seat of political and economic power. Since independence, Zimbabwe has struggled at times to manage its ethnic diversity, with a notable massacre occurring in 1983. Moreover, the country's liberation party, the Zimbabwe African National Union-Patriotic Front, has dominated the levers of power for decades. The challenge going forward for Zimbabwe is whether it can sufficiently reform its broken political and economic systems without sparking destabilizing unrest. In addition, Harare seeks to diversify its foreign relations after years of reliance on Chinese and South African support to gain more foreign investment to grow its economy. However, after years of reneging on promises and instilling investor distrust, the endeavor will prove an especially difficult one.