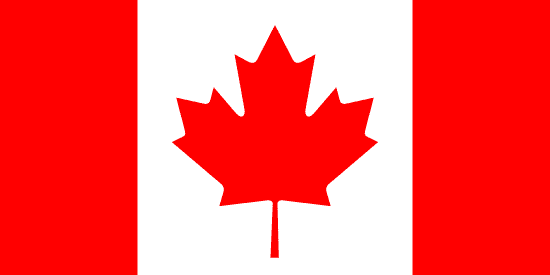 Located on the North American continent, Canada is the world’s second-largest country. Most of Canada is uninhabited wilderness, and Arctic temperatures make the northern territories inhospitable to large population centers. Canada became independent from the United Kingdom in 1867. The country is made up of 10 provinces and three territories. A majority of Canada’s 35 million people reside within 100 kilometers of the U.S. border, where the climate and topography support meaningful populations. However this population is spread across a distance of roughly 7,000 kilometers, from the Atlantic to the Pacific oceans. Canada's primary geographic challenge is maintaining unity across its diverse population cores, which include Toronto and Montreal in the Great Lakes watershed; the prairie provinces of Manitoba, Saskatchewan and Alberta; and Vancouver on the Pacific coast. The economies of these population cores are geared toward external trade as they try to meet demand for their services, manufactured goods and natural resources like oil. Heavy crude oil found largely in the province of Alberta is exported to U.S. and international markets, making Canada the world’s sixth-largest oil producer. Distance and climate are perennial challenges for Canada. The Trans-Canada Railway was Ottawa’s first effort, completed in 1886, to link Montreal, Toronto, the prairies and Vancouver. Redistribution payments, collected from resource-rich provinces and disbursed to resource-poor provinces and territories, is a contemporary policy aimed to unify and equalize provincial and territorial finances. Because of its location, Canada is well within the U.S. sphere of influence and the country's freedom to act is constrained by U.S. interests.