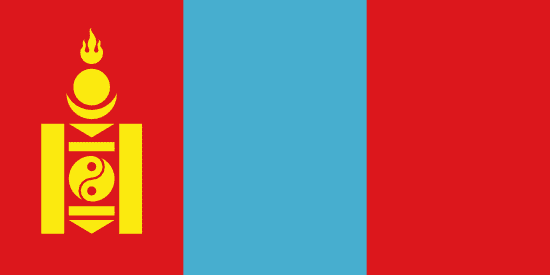 Mongolia is a landlocked nation, currently squeezed between two neighbors, Russia and China. Much of it lies on a plateau, but in the west the Altai Mountains rise to Mongolia’s highest point — more than 14,000 feet — while the Gobi Desert stretches across the country’s southern border. Mongolia’s most prominent geographic feature is the vast steppes that create both opportunity and vulnerability. From these steppes, Mongol horse-archers in the 13th century led by Genghis Khan extended control over the agricultural civilizations of Eurasia. But as their technological advantage eroded, these flatlands left Mongolia with few geographic barriers and the empire began crumbling within 60 years. Today, part of the majority Halh Mongol population and traditional Mongolian lands lie within the borders of China, undermining security of Mongolia’s southern border. Because of its climate and geography, Mongolia has the world’s lowest population density. There are fewer than three million people, with a third living in the capital. Traditionally a herding society, agriculture is now less than 15 percent of the economy. Instead, vast deposits of coal, copper, gold and uranium, as well as rare earth elements, have drawn significant international investments but have left Mongolia dependent upon foreign capital and expertise. And without ports, it must rely on China and Russia to export its resources. This leaves modern Mongolia seeking a third neighbor to balance their influence, but isolation limits the ability of an outside power to offset these geographic constraints. As a result, Mongolia remains trapped between its much stronger neighbors.