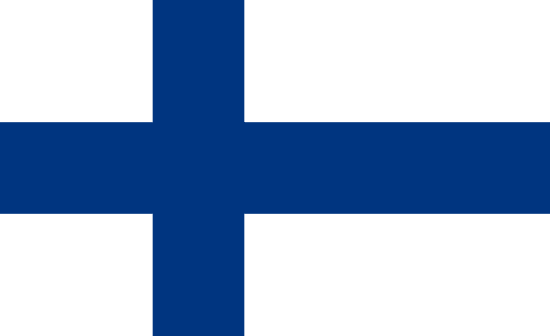 Located in Northern Europe, Finland shares borders with Sweden, Russia and Norway, and the Gulf of Finland separates it from Estonia to the south. Finland's destiny has traditionally been shaped by its more powerful neighbors. During the Middle Ages, Finland progressively became part of the kingdom of Sweden. It was often a battleground between Sweden and Russia, and in the early 19th century it became an autonomous grand duchy in the Russian Empire. Finland gained independence only in 1917, and after World War II it chose a policy of neutrality, seeking a balance between Russia and the West. This became known as "Finlandization," a policy that to some extent continues to this day. Finland is mostly flat, with few hills, thousands of lakes and islands, and large forests. Its cold weather explains why most of the population lives in the south of the country, where it is warmer and conditions for agriculture are better. Helsinki is the capital, and the Greater Helsinki area is Finland's core, because 1.5 million of the roughly 5.5 million people in the country live there. The region accounts for about a third of the country's gross domestic product. Because of its distance from large European markets, Finland lagged in industrialization, traditionally relying on agriculture, forestry and the production of paper. After World War II, the country started industrialization and economic liberalization, as it focused on electronics and services. To some extent, Finland is still seeking a balance between its neighbors. While it joined the European Union in 1995 and the eurozone in the early 2000s, it is not a member of NATO. It is also interested in keeping close ties with its Nordic neighbors, and it is a founding member of the Nordic Council and of the intergovernmental bloc that was created even before the European Union. Finland's main geopolitical challenge is to preserve its independence and prevent its neighbors from dictating its future again.