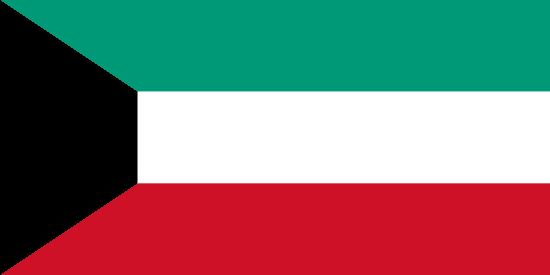 The emirate of Kuwait is on the northwestern edge of the Persian Gulf, nestled between Iraq and Saudi Arabia and narrowly divided by land from Iran. Iraq's border blocks Kuwait from the fertile river lands of the Tigris and Euphrates rivers, leaving the country a hot, waterless desert with no natural year-round rivers or lakes. Kuwait is, however, rich in hydrocarbons beneath its largely sandy desert. Because of their country's low rainfall and poor soil, Kuwaitis used to live off pearling and trade and were usually dominated by whoever controlled Iraq to the north. That often made Kuwait a borderland of empires, as its settled population interacted with merchants and traders out of Iraq and Iran and the Bedouins who traveled up from Arabia. These interactions left Kuwait's population divided between Bedouins, Sunnis and Shiites. After World War I broke up the Ottoman Empire, Kuwait achieved independence as a British protectorate. The discovery of hydrocarbons in the 1930s allowed Kuwait to rapidly transform its economy and modernize. But it still faced the challenge of needing access to trade routes and protection from powers in Iraq, Saudi Arabia and Iran. At various times, Kuwait leans on different neighbors to balance them against one another, as it did when it aligned with Iraq during the Iran-Iraq War. Most recently, Kuwait has relied on its alliance with the United States to ensure its independence and access to global trade routes via the Strait of Hormuz. To ensure its security, Kuwait must have a sponsor, whether in the region or beyond it, who sees value in its independence and can guarantee its access to trade. And it must also balance its divided population, whose divisions can pull the country towards different neighbors at different times.