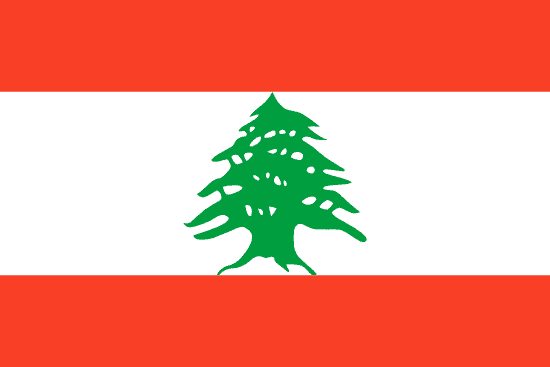 Lebanon is a small country wedged against the Mediterranean Sea, with Syria to its east and Israel to its south. The country is divided by the western Lebanon Mountains and the eastern Anti-Lebanon Mountains, which also run through Syria. These mountains produce three geographic and climate ranges for the country: hot and dry in the east and mild and wetter in the west, with the fertile Bekaa Valley in the midlands providing much of the country's agriculture. The cluster of mountains itself is friendly to the growth of cedar trees, the country's national icon. Because of its small size, Lebanon is forced to import much of the food it needs to feed its population. Thus it has long been a center of trade, with coastal cities like Beirut acting as gateways for east-wide trade routes. It's a necessity for Lebanon to keep access to these trade routes. However, because the country is so small, outside powers have found it very easy to exert influence, especially given Lebanon's internal demographic divisions. Foreign powers can often find allies in Lebanon, though they rarely can find enough friendly forces to control the entire country, leading to frequent split governments and regular civil strife. Lebanon's greatest challenge, therefore, is to keep access to its trade routes while balancing its own divisions, which are manipulated by outside powers. It has not always succeeded, and the country's 1975-1990 civil war is only the latest major conflict that has arisen from these conditions. In the future, Lebanon will continue to struggle with precariously balancing its small size, its divided population and its ambitious neighbors.