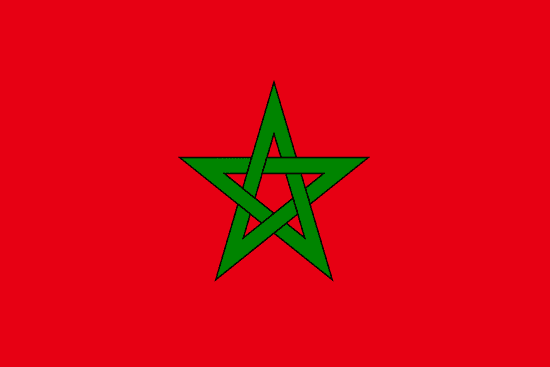 Morocco sits on the northwestern coast of Africa. To the west is the Atlantic Ocean; to the north is Europe and Spain; to the east and south is Algeria and the Sahara Desert. It is divided between three distinct geographic regions: the temperate plains and hills of the northern coast, the mountains and deserts of its south and and southeast, and the coastal deserts of its south. It is bisected by the Atlas Mountains, which shield the coastlines from the desert climate of the interior. Most of Morocco’s population lives near the coastlines of the Atlantic and Mediterranean, where the climate allows for agriculture, and where trading posts thrived off trade to and from Europe. But Morocco also has access to phosphate deposits, an important ingredient in the development of fertilizer. But several of these mines are in the disputed Western Sahara, which has declared an unrecognized independence from Morocco. Because it partially sits on the Mediterranean, Morocco is exposed to influence and attack from other, more powerful Mediterranean states, especially European ones. The Roman Empire, Spain, and France all occupied Morocco for long periods of time. Today, Morocco sees a threat from neighboring Algeria, whom it sees as a rival attempting to influence and control Moroccan affairs. It seeks to maintain security along its desert borders, while defending against Algeria. It also seeks to gain access to the prosperity of Europe, while avoiding being controlled by European powers. It also must contend with a changing climate, as the Sahara Desert moves northward. Balancing these imperatives is the geographic challenge of Morocco.