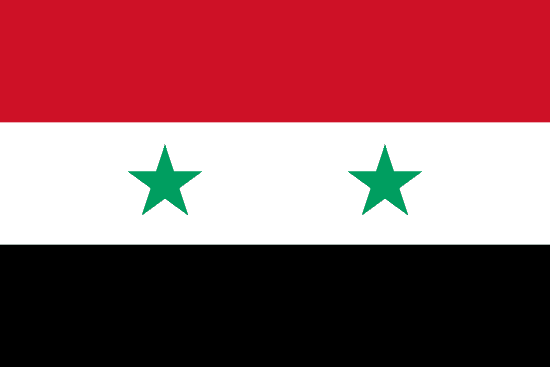 Modern Syria is located along the eastern Mediterranean Sea, bordering Israel, Jordan, Lebanon, Turkey, and Iraq. Syria’s main geographic challenge is uniting its diverse ethnic groups under one domestic power. This is the result of mountainous terrain and ethnic cores that contradict the state’s current borders. Syria’s population is composed of Sunni Arabs, Alawites, Kurds, Druze, and Christians, among others. The traditional core of Syria's ruling Alawite minority sits on the northern coastal plain to the west of the Jabal an Nusayriya mountains and to the north of the Anti-Lebanon mountains. Between these two ranges, the Homs Gap has often been the point of invasions from the Mediterranean Sea. The interior region is dominated by the majority Sunni Arab peoples. The Syrian Desert divides this area into two competing regions with strong local identities. The first, Damascus, is the historical capital and the modern seat of power for the Alawites. The other, Aleppo, is situated in the agricultural heartlands of the Aleppo plateau. The Euphrates river divides this plateau from the much more arid Jazirah plateau and allows for irrigation in an otherwise desert region. Syria’s modern boundaries fall short of the historical concept of Greater Syria—spanning from Lebanon to the west and Jordan and Israel to the south. Its current borders were set by the League of Nations' French Mandate, following the dismantling of the Ottoman Empire after World War I. Lebanon, especially Beirut, has always been important to Syria because of its trade ports and access to Mediterranean markets. Syria’s recent civil unrest is the latest example of its geographic challenge. Maintaining unity remains difficult so long as its current boundaries continue to overlap regional and ethnic fault lines.