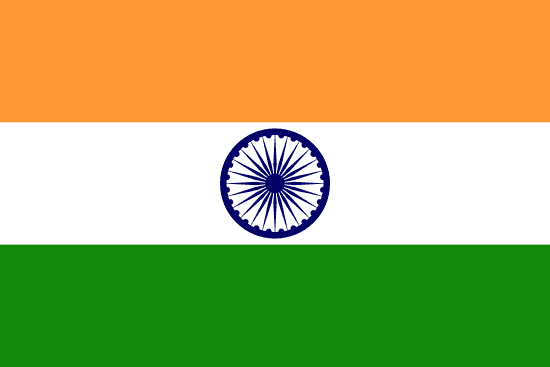 India is endowed with favorable geographic barriers. Surrounded by oceans on three sides and the formidable Himalayan Mountains to the north, what is now modern India has been free of outside interference for much of its long history. Its large geographic size and population, coupled with weaker peripheral nations on much of its boundaries, have allowed India to become the dominant force in South Asia. Home to the world’s second-largest population, India’s 1.3 billion people are spread out across the peninsular nation, from the foothills of the Himalayas to the tropical south. India’s population core is settled along the Ganges river basin, a densely populated swath of fertile land that extends across the northern Himalayan border. India’s primary geographic challenge comes from a lack of strong internal boundaries. Modern-day India struggles to rectify the ambitions of a relatively weak national government that competes with the prerogatives of strong, diverse states — a legacy of a long history of domestic infighting between various dynasties uninhibited by mountains or other defining geography. A similar lack of defining geography still plagues India’s northwest border. Waves of Greek, Persian, and Mongols invaded, culminating in the Mughal Empire, which united much of the subcontinent prior to British conquest. The northwestern border still poses national security risks, due to ongoing disputes with Pakistan. But rising domestic consumption means India is increasingly dependent on imported goods from distant suppliers. Surrounded by water or impassable mountains, New Delhi now faces the additional task of developing naval capabilities to secure its critical supply routes, risking maritime tensions with China in the broader Indo-Pacific basin.