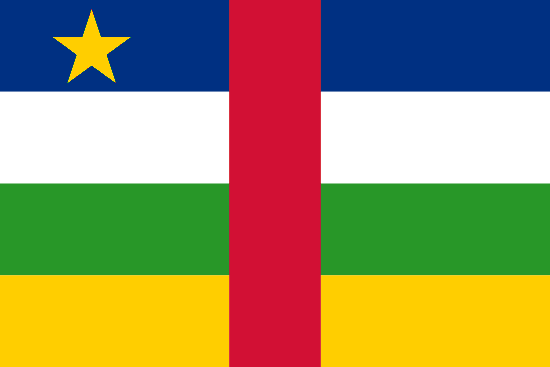 The Central African Republic is a landlocked country in the heart of Central Africa. The country shares borders with Chad to the north, Sudan to the northeast, South Sudan to the east, the Democratic Republic of the Congo and the Republic of the Congo to the south and Cameroon to the west. The Central African Republic's prospects for economic growth are severely limited by its geographical location, which has increased the costs of imports and exports while hampering connectivity. Unsurprisingly, the country is one of the world's least stable nations. Moreover, the government in Bangui, the country’s capital, remains woefully unable to assert its power beyond its immediate environs. In fact, large swaths of the country remain effectively outside the government’s control, as militant groups and gangs have proliferated in many areas. The assistance of outside powers and international organizations have done little to enhance Bangui’s authority in recent years. A former French colony, the Central African Republic has struggled to achieve stability since independence. Instead, periodic conflagrations have rocked the country, occasionally precipitating French military intervention, such as in 2013. An additional challenge for leaders in Bangui is the near continuous meddling of their regional neighbors, which have sought to exploit the Central African Republic's security vacuum to grab some of the country's vast mineral resources. At present, the country’s long-term prospects appear bleak due to its deep structural deficiencies.